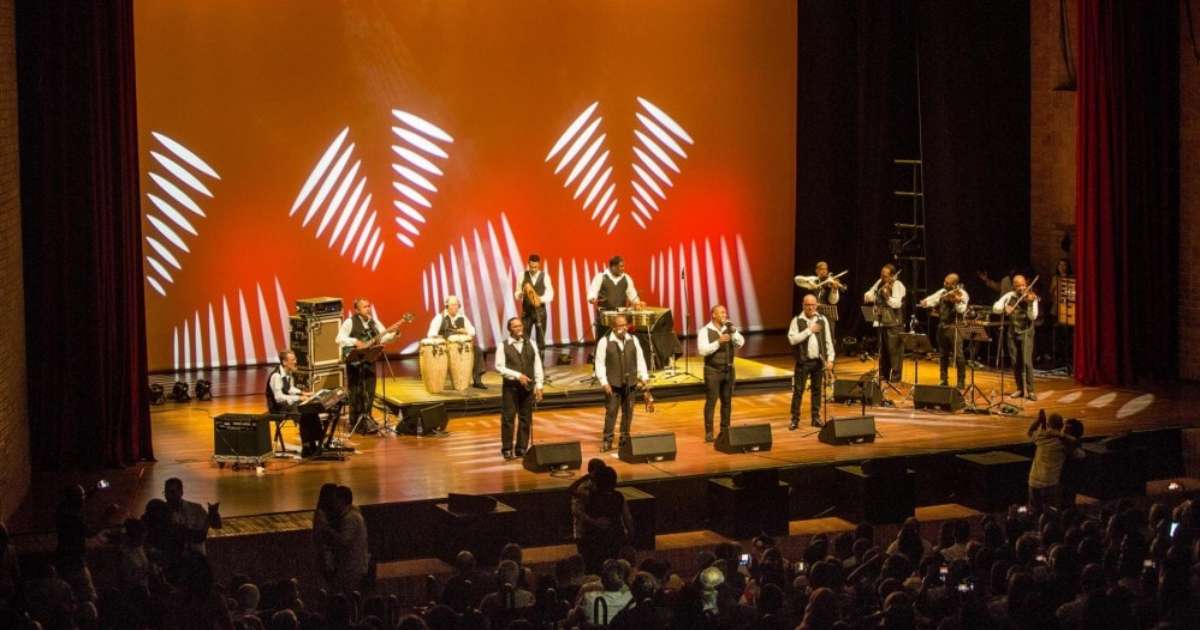 The Aragon of Cuba Orchestra will close 2021 with a presentation in France, country they traveled to this December 25, to participate in the traditional celebrations in honor of the Saint-Sylvestre rebellion.

“We have already arrived at our destination after a long journey. This December 31 we will be giving a luxury concert. We will be sharing every moment with you, “said the group on their official Facebook and Instagram accounts.

“Excellent!. It will be an excellent presentation, they are always divine, there is no option with Aragon. We will be aware of everything. Blessings and successes ”, said a netizen, a prominent fan of the orchestra’s page. “Congratulations to you, you are all excellent musicians who they put up the name of Cuba”Said another user.

Among the comments of his followers, those of some artists also stand out. “There na ma! At 100 miles per hour, Cuban music, “he wrote the popular salsa singer Issac Delgado. “Ashe, big hug and many congratulations”, they responded the members of the Aragon.

2021 has been an important year for the Aragón Orchestra, 82 years of its foundation in Cienfuegos by renowned musicians Orestes Aragon Y Rafael Lay Apesteguía. On November 18 they rose with the Latin Grammy Award for Best Traditional Tropical Album for the disk Cha Cha Chá: Tribute to the traditional, beside Issac Delgado Y Alain Perez.

“Thank you, my God, for making me so happy, thanks to our Cuban music, the Aragón Orchestra, the teacher Issac Delgado and the Latin Grammy academy. And to the musicians who were part of this musical work that will remain as study material for always, “Alain said on social media after receiving the award.

“Joy does not fit in our hearts,” they wrote on Instagram the members of the longest-lived charanga in Cuba, excited at the important recognition. In 2020, they were also deserving of a Latin Grammy, in the same category, on that occasion with the album Icon.

On November 12, they premiered the song “Popurrit 80 y más”, in which important figures of Latin music collaborated, such as José Alberto “The Canary”, Jerry and Gerardo Rivas.

However, they also experienced moments of great sadness, as a result of the death of singer Sixto Llorente, popularly known as The Indian, who died in July of kidney complications.

“A great friend left us, father, brother. Now the sky will shine even more with your voice and you will bless us along with the other Aragonese who receive you in the holy kingdom,” said the group on its Facebook wall after knowing the news .