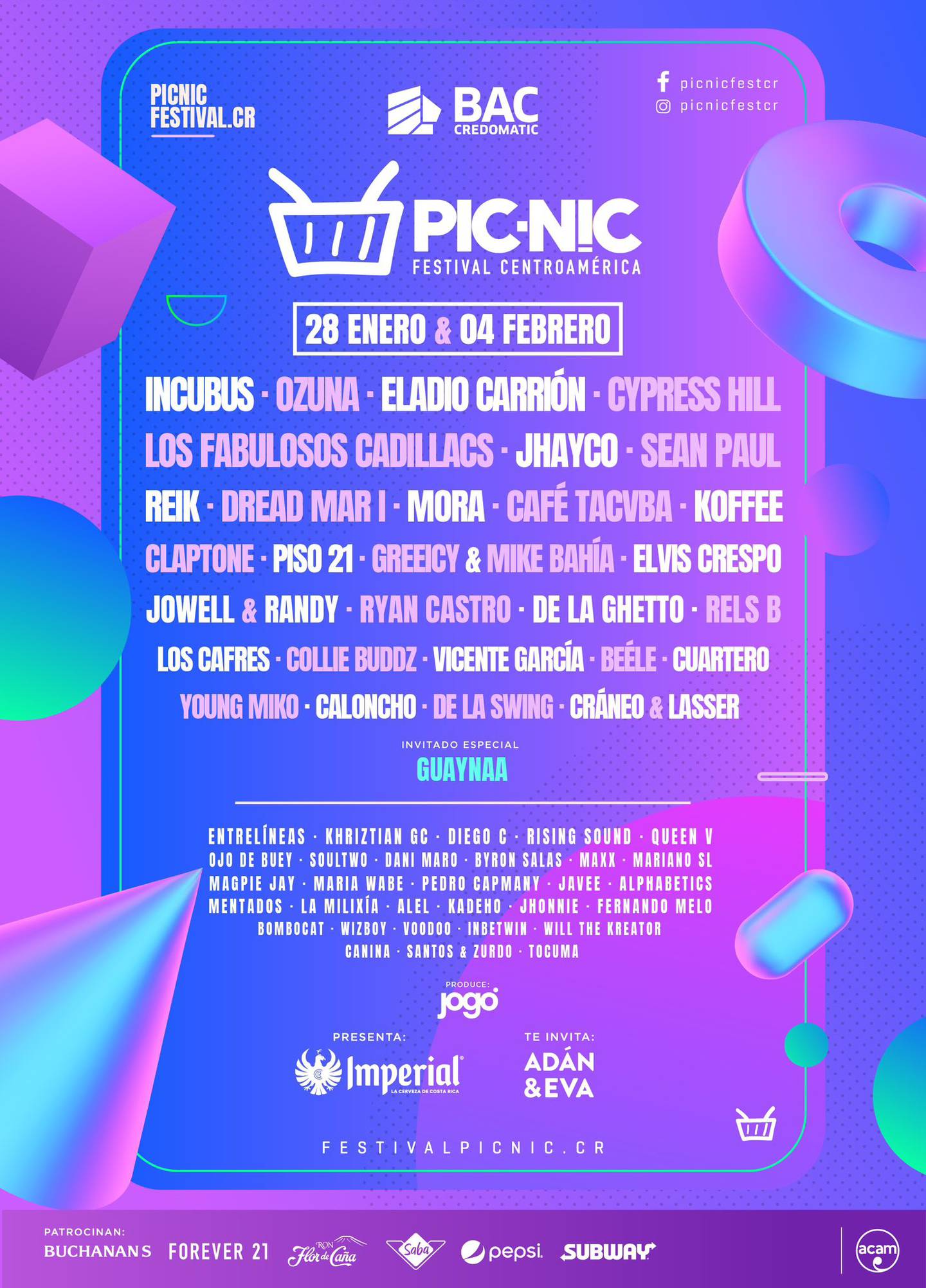 For years the Picnic Festival did not attract my attention. I knew that it was the aspirational meeting and highly desired by the youth segment (to which I have not belonged for a long time) and that for many attendees the musical poster was perhaps background sounds, since the festive experience and VIP treatment that has been the label of the producer Jogo.

Year after year, the Picnic grew in number and ambitions, offering more and more names of greater caliber, but without straying from the Latin pop repertoire and the ubiquitous urban genre. Thus, it became common for the festival to have, for example, a Carlos Vives affiliated with a group that hit a decade ago and that people remember fondly, some mid-table pop soloists, rising reggaeton artists and national artists not as stellar. but complementary.

However, in 2022 the production took a noticeable turn and bet heavily. It was not said explicitly, but the Picnic was launched in its post-pandemic edition with everything to fill the void left by the Imperial Festival as not only the top music festival in Costa Rica, but also as an effort to build a franchise of international scope. that attracts audiences from other countries, as is already the case, for example, in Mexico and Colombia, with similar shows.

Thus, the 2022 poster turned the heads of people who usually did not pay attention to the Picnic, by including names like Julieta Venegas, Zoé, Moenia and Ximena Sariñana. And although the festival was held in less than happy conditions for an elderly and somewhat uncomfortable public that does not particularly enjoy getting drenched in a downpour (contrary to his children, happy in that bucket with Rauw Alejandro), the truth is that the Generational crossover was remarkable. The door was left open.

Imperial Festival, a creature in evolution

All of this helps to understand why the poster for the 2023 edition of the Picnic Central America Festival (note the change of surname, seeking to go beyond our borders) was received with enthusiasm among those veterans who lived (we lived) the three editions of the Imperial Festival .

The announcement of line up, made this November 15, confirmed the open secret of names that when they sound on Radio Disney they do so with the label “classics”. Los Fabulosos Cadillacs, Incubus, Cypress Hill, Café Tacuba, Sean Paul and Los Cafres are confirmed for Picnic 2023, certifying that the festival wants to open itself up to a multigenerational audience with a broad musical spectrum.

These veteran acts of mainstream are combined on the list with tremendously contemporary reggaeton artists, such as Eladio Carrión, who grew in a few months from a secondary role in the 2022 edition to being one of the headliners from 2023; Jhay Cortés, Guaynaa, Mora, etc. They are also joined by Ozuna, who a while ago positioned himself as one of the heavyweights of the urban genre and is almost seen as a “veteran”.

The similarities between this Picnic and the Imperial Festival are not few. Cypress Hill and Incubus made their debut and until now the only presentations on Costa Rican soil at the remembered eagle festival and, even, in the 2008 edition, Café Tacuba and Incubus were part of the same date as the Imperial. In addition, Vicentico, leader of the Cadillacs, performed in the inaugural edition, in 2006.

There is also the obvious detail that “the beer of Costa Rica” is one of the main sponsors of the Jogo festival, in what could be interpreted as a kind transfer of the festival staff (“you do it, we support you”).

Fifco did not officially close the history of the Imperial Festival, but the truth is that a decade has passed since its last edition and there have been no clear signs that they are thinking of reactivating it. Hence, now, as the Picnic gains more preponderance and summons each year, it seems even more difficult for the Imperial to take place again (at least in the medium term).

One point in favor of the Picnic compared to its predecessor is consistency. The three editions of the Imperial Festival seemed like independent creatures, with completely different approaches, while Picnic has not varied its approach, but rather has been expanding it without straying from the elements that have been characteristic of the franchise since its creation.

Unlike the deluge that muddied Pedregal in the 2022 edition, next year’s festival will be held in summer, so we could expect friendlier conditions for us, those of us who have already escaped the definition of “young person”.

In September 1999, I covered a Fabulosos Cadillacs concert for the first time, precisely in Pedregal. It was difficult to imagine then that, 20 years later, they would return to the same place, joined not by Aterciopelados and David Summers, as happened that time, but by Elvis Crespo, Claptone, Reik and De la Swing, as will happen at Picnic 2023.

Opinion: The Picnic Festival is the new Imperial Festival

Bogotá will pilot for the return to concerts, stadium and nightclubs
The best memes left by the announcement of the Hell & Heaven Open Air 2022 poster
BTS meets with President Joe Biden at the White House and each member gives a speech