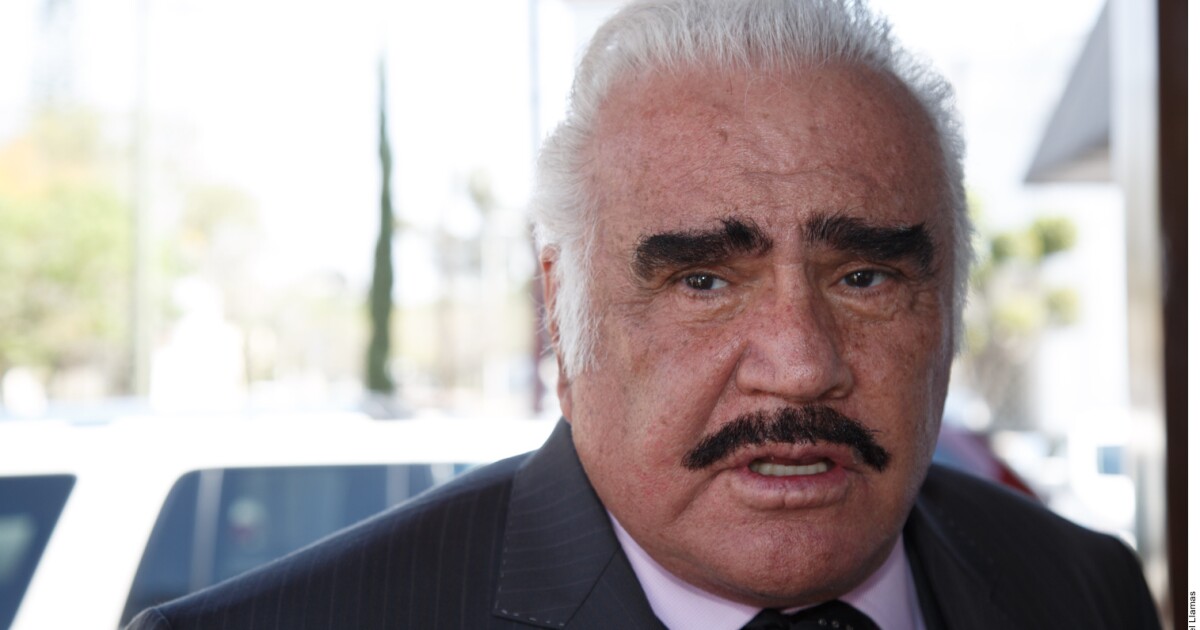 The writer Olga Wornat outlines the “hazardous and stumbling” life of the living legend that is the singer Vicente Fernández in her book “The Last King”, an unauthorized biography that describes her clan and also reviews the music industry and history. from Mexico.

“It is the story behind the legend, the idol and that singer who devoured the stage,” he tells this Tuesday in an interview with Efe Wornat.

Wornat (Misiones, Argentina, 1959) remembers how the sound of his mother’s sewing machine was mixed every afternoon with the music of artists such as Javier Solís, Chavela Vargas, Juan Gabriel and Vicente Fernández.

With that image from his childhood in mind, Wornat began writing and researching “The Last King.”

“I started for a very personal reason, (…) it is a book dedicated to my mother because she was a great boost for me in the last moments of her life, when the threats and the cancellation of the book by Felipe Calderón (former president from Mexico) ”, he recalls.

His mother only stepped on Mexican soil once in her life, but she always had a very special predilection for this country.

The journalist could never decipher why, but ironically she ended up living in the country she dreamed of and with her work, arduous and rigorous investigations, she has denounced the corruption and impunity that have plagued Mexico over the years with books. as “Felipe el Oscuro” and “La jefa”, dedicated to Marta Sahagún, Vicente Fox’s wife.

Although the book tells the story of one of the greatest musical stars that inhabits Mexico, it makes an objective portrait of Fernández, with his chiaroscuro and those of his family while weaving the history of the country.

“I do not write fairy tales, it is not a condescending biography with him because I think he was not even (with himself), he is a man without a filter,” says Wornat de Fernández, nicknamed the Charro de Huentitán, who in the last four months has presented serious complications in his state of health at 81 years.

“This book began long before the disease,” he confesses, and assures that on the way he had strong internal confrontations with this artist who sang endearing songs, but that analyzed in the current parameters they can also sound macho, for example.

“I try to frame him as a captive man of the time that he lived,” he mentions.

Wornat begins the story with a crucial moment in the life of who is perhaps one of the best living descriptions of the so-called “Mexican male”, the kidnapping of his first-born, Vicente Fernández Jr.

“There are two ways to start a book, chronologically or when I understand that there is something in that person’s life that has caused an emotional breakdown,” explains Wornat.

The second is the journalist’s favorite form, and she found behind that intact figure of an unbreakable man that Chente reflected, the two pains that she could never overcome: “The death of her mother and the kidnapping that she never told and that I do count. ”.

With everything documented and with close family and judicial testimonies, Wornat confesses: “What I write is because I have a way to prove it, I have much more that I did not want to publish so as not to hurt people.”

This is in response to the surprising reaction of Vicente Jr. who now accuses her of defamation and who contacted the journalist to claim her.

This left Wornat perplexed, since he claims he contacted him to teach him the work and that due to the circumstances it was impossible.

One of the great revelations of the book is the description of the identity of Vicente and Dona Cuquita’s less public son, Gerardo, who could be the most obscure character of the Fernández clan.

His bad relationship with his brothers, his possible links with drug trafficking, the possibility of having been involved in the kidnapping of Vicente Jr., the money conflicts he had with artists like Juan Gabriel and other atrocities frame the figure of whoever was the representative. of his father for much of his career.

“I began to receive information and testimonies from close relatives of the family and they all told me ‘be careful with Gerardo, he is dangerous’ and they told me tremendous things,” he recalls.

Wornat also contacted Gerardo, who not only refused to enter into a conversation with her but, he claims, treated her in the worst possible way.

For Wornat, Fernández is the last king of ranchera music and he is the one who carries that weight on his shoulders since the early death of idols such as José Alfredo Jiménez, Pedro Infante and Javier Solís.

“The legacy he leaves behind is his music. The most important thing is that wonderful music that my mother used to make me listen to when I was little, the rest is a man with his lights and shadows ”, she mentions.