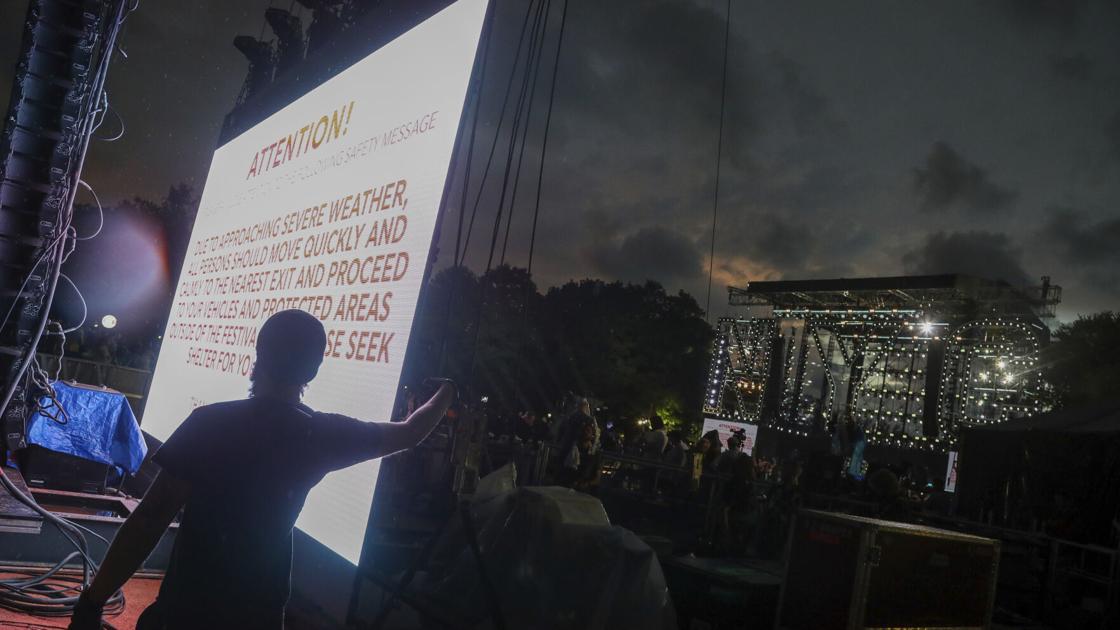 NEW YORK (AP) – A star-studded concert in New York City’s Central Park had to be canceled due to dangerous weather conditions triggered by Hurricane Henri as it approached the northeastern United States on Saturday.

Barry Manilow began singing “Can’t Smile Without You” as part of a mix of his hits when he interrupted his performance and asked attendees to leave the park immediately and seek shelter.

The organizers of the “Homecoming Concert” event called with megaphones to the attendees to “calmly go to the nearest exit and go to the outside areas of the park.”

The five-hour concert, which was intended to celebrate New York City’s recovery from the coronavirus pandemic, was halfway through when the weather became an issue. A heavy rain and thunder were present.

As the crowd, estimated at more than 60,000, began to leave the concert area, there was a moment of optimism that the show would continue once the weather cleared. But a few minutes later, another announcement noted that the concert had been canceled as the downpour intensified.

Mayor Bill de Blasio later tweeted: “While it is disappointing that tonight’s concert had to end early, the safety of everyone present had to come first.”

Organized in early summer, the event was supposed to be a celebration of overcoming the pandemic. Before it started, the attendees were respecting social distancing measures. And although many wore masks, some took them off as time passed.

In the past week, New York City averaged fewer than 2,000 new COVID-19 cases a day, according to statistics. That’s from the average of fewer than 200 infections a day at the end of June. Only 54% of the population of the entity is fully vaccinated against COVID-19.