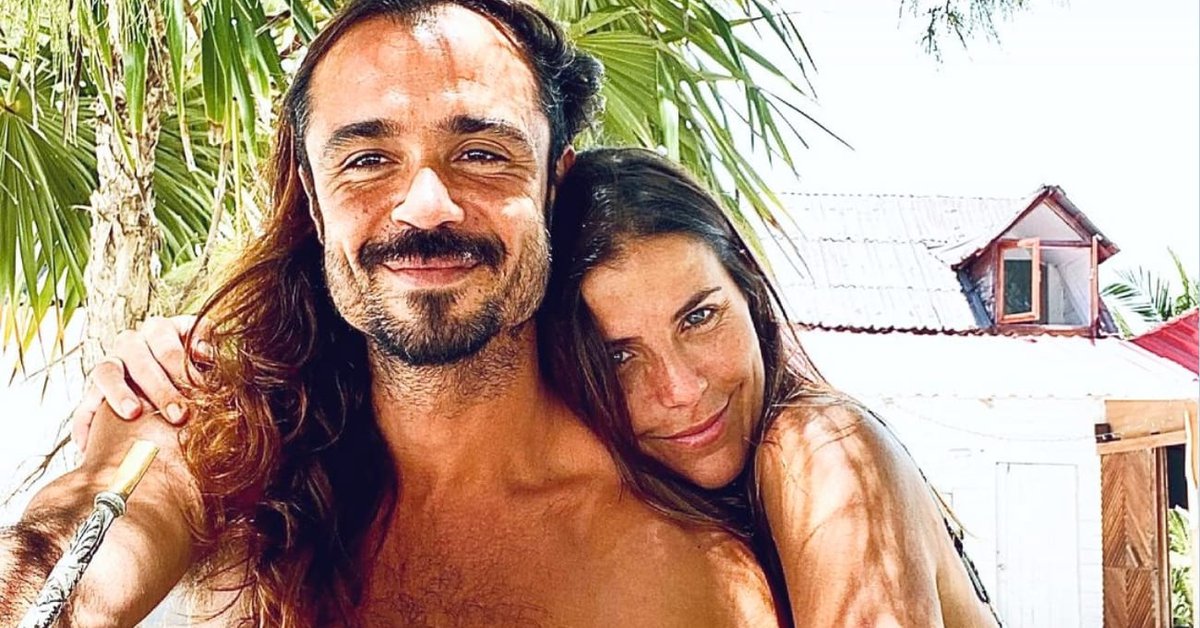 The actress Maria Fernanda Yepes, remembered for her leading role in the RCN Televisión series ‘Rosario Tijeras’, she has once again become a topic of conversation among her millions of followers, after confirming that she was engaged to a musician who was unknown to the vast majority, at least until now.

It turns out that through a recent Instagram post, The woman born in Medellín 40 years ago showed the first photograph with the man who will take her to the altar.

Is about Nico Wa’Iyari, an artist specialized in playing the kora, a harp originally from Gambia and, in turn, one of the most complex chordophones (musical instrument that sounds when one or more of its strings vibrate) on the African continent.

“Happy life, my life”, was Yepes’s description of the snapshot he posted with his partner this Monday, which suggests that he was on his birthday.

Although they had been seen in several photographs together, even on a recent trip they made to one of the beaches in Argentina – where they got engaged in passing, it is the first time that it is possible to see in detail who it is. In addition, in the different publications that Nico Wa’Iyari has on his social media profiles, the also model has shown how happy she feels by his side.

Well then, It is shown to the unbelievers that María Fernanda Yepes completely surpassed the relationship she had with the Spanish actor José María Galeano, known for his participation in the famous television series ‘Bolívar’ and who, in addition, announced last March that he married María Mirazo.

“I remember spending my whole life near the sea. In it I found myself again with the sea, in the dry and dry land of its Sonoran desert. She is without a doubt my sea. That wild and passionate nature that hypnotizes me, “wrote Yepes’s ex in one of the posts he made about his wedding.

See here other photos of the couple:

María Fernanda Yepes and her fiancé

It is worth mentioning that María Fernanda Yepes is also remembered on Colombian television for having participated in some reality shows What ‘Soldiers 1.0 ‘, in which she was a presenter, and ‘The island of the famous’ in which he was a participant.

Her passage as an actress on the ‘small screen’ gave way to her arrival at the cinema, as she has also participated in international productions such as’John the Apostle, the most loved‘ Y ‘Out of the Dark’.

However, in recent months he had to take a break from his hectic professional career to take care of his health, as he contracted Covid-19 and shared his experience with all the curious Internet users who are watching his life on digital platforms.

According to the story of María Fernanda Yepes, the suffering lasted several weeks and fear, confusion and pain were the feelings that accompanied her during those complex days, “they were very hard weeks ”. Just like her future husband did.

“Thank you, Master Covid. You came to remind me of a few little things to come back strengthened to embrace life more strongly (…) Thanks to Nico, my Love, who did not let go of the line for a single second (…) without your strength, calm and infinite cares full of love and faith I don’t know what I would have done. You held me up like a champion. I love you ”, concluded the famous Colombian actress.

Meanwhile, it remains in doubt when and where the wedding of this couple will be.