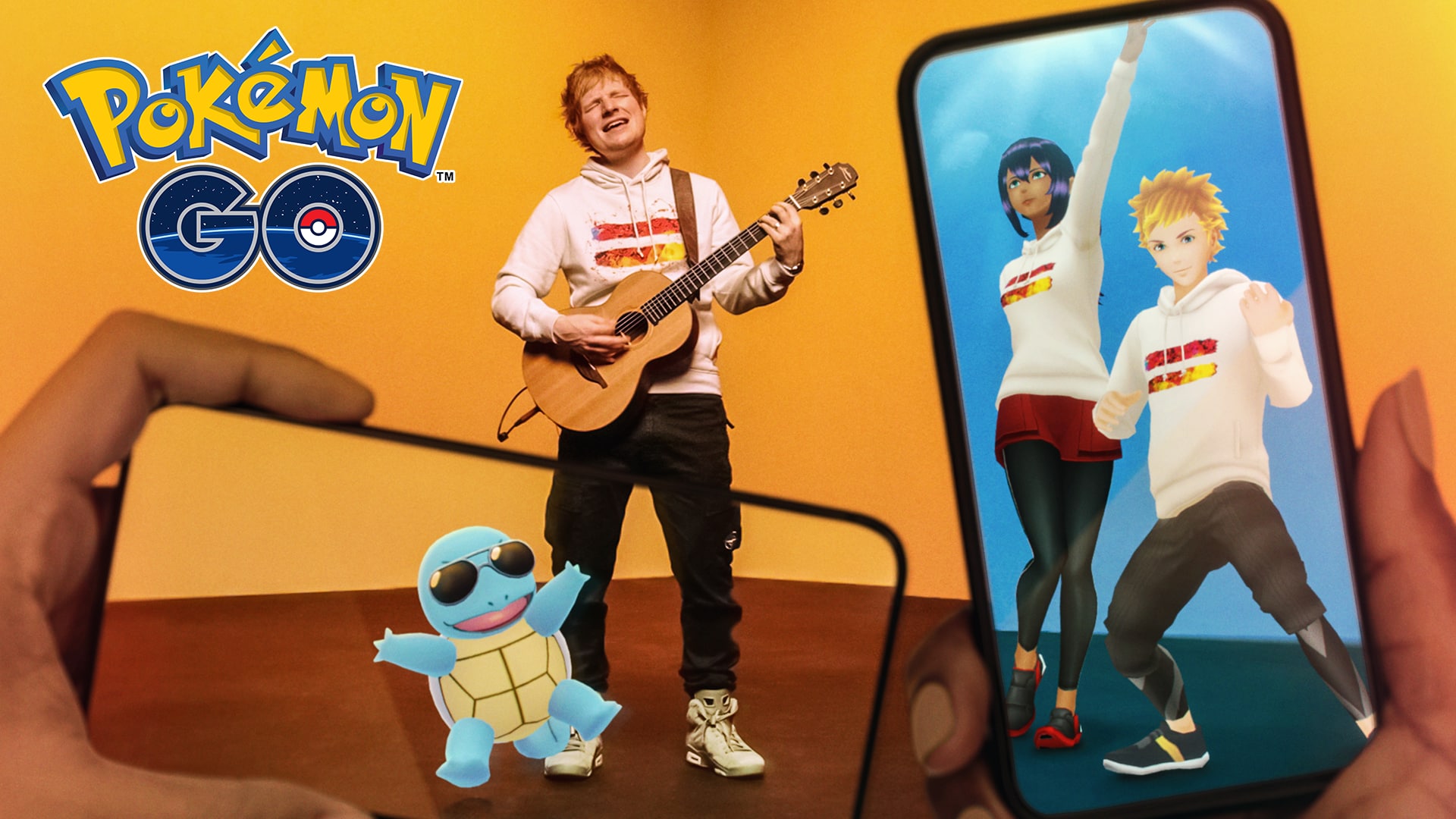 Niantic, developer of Pokémon Go, follow in the footsteps of Fortnite and has announced a virtual event with British singer Ed Sheeran, who recently released his album ‘=’ (Equals). The artist, who has declared himself a Pokémon fan, will sing some of the most popular songs of his career, while players will be able to enjoy exclusive benefits, as announced by the video game company.

The virtual concert It will take place on November 22 in the Pokémon Go app. It will be playable through the game’s news section and will be available for 8 days. That is, until next November 30. The concert is actually a video clip where the singer will perform songs, such as’ Perfect ‘,’ Bad Habits’, ‘Shivers’ or Thinking Out Loud’, among others. It is unknown if Ed Sheeran will appear with a virtual avatar, as happened when Ariana Grande debuted in Fortnite.

In parallel, Niatic will offer players the possibility of obtaining an exclusive item that the avatar can be included (probably a garment) and that, of course, it will have the design of the cover of his latest album. The code (4SQS6N359Y7NPCUW) can be redeemed through the game website. On the other hand, the company has confirmed that ‘Squirtle’ with sunglasses will be back in Pokémon Go. It is a water Pokémon and, as a curiosity, it is the favorite of the British artist.

Not only Pokémon Go: the most popular video games also do virtual concerts

Pokémon Go is not the first video game to organize an event of these characteristics. Virtual concerts are very common in Fortnite, the popular game developed by Epic Games. On this last case, singers join the party with a virtual avatar and they put on a show for the people on the map.

Meanwhile, ‘Fortnite’ makes available to users ‘skins’, objects or other accessories related to the artist that they can buy in the store. In the Epic video game we have how Travis Scott the Ariana Grande, among others, appeared on the map to sing some of their most popular songs. These types of appearances also grant the video game a high number of active players.

Can we consider these types of events, like the next Pokémon Go part of the ‘metaverse’? In a way, yes, since the ‘metaverse’ actually goes beyond an augmented reality viewer and the possibility of interacting with friends at a distance, as proposed by Meta (Facebook). In fact, Mark Zuckerberg’s company also highlighted that virtual concerts are also part of this virtual world.