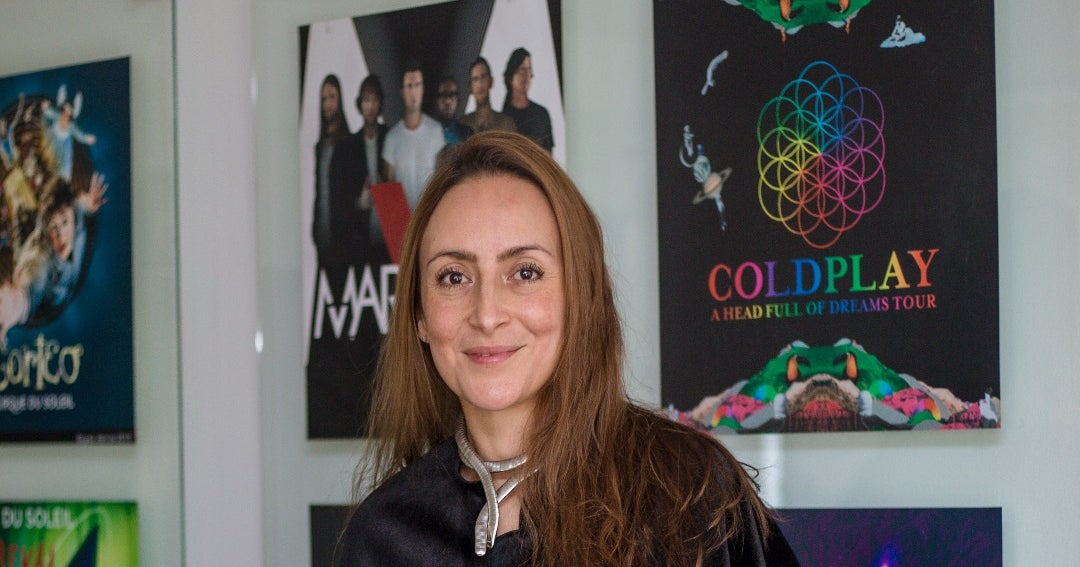 The return of live music is a reality in 2022. The show schedule is renewed with a lineup of great artists that have been confirmed at the end of the year. Luz Ángela Castro, director of Ocesa Colombia, highlighted the reactivation of that industry.

How is the ticket sale of the confirmed events going?
There was a significant euphoria from people to return, and this was reflected in the concerts of Karol G, Silvestre Dangond or Morat. We achieved the announcement and confirmation after several months of working with Coldplay, being the third time our country has come and the response from the public was impressive.

A while ago it was thought that bringing artists who were at the peak of their artistic career was difficult but now it is very exciting because of the work that has been done and the potential of the country to have a much wider entertainment offer. Our responsibility is to offer the best possible conditions so that this union between artist and public is good and they have the best experience. We owe it to the public and to create memorable moments.

Could Cirque du Soleil be confirmed for next year?
We do work on that. These events require years of preparation, it is not so fast, so we are making progress in the analysis and different options of artists that we have. This depends a lot on Brazil and Argentina, who have a very important weight in these contents. The key here is that everything is being reactivated, we are all managing it so that the promise of value for remains from Ocesa we continue to bring the best shows in the world to the country and democratize access to entertainment. Although we are still in a pandemic, we already have knowledge about how we should handle the situation.

So would 2022 have better concert numbers than the pre-pandemic?
I think so, next year it could have more concerts than 2018 or 2019, because there is an important programming spirit, because the theme of “making up for lost time” also comes in.

There is supply and demand, and what you have to do is program them correctly and provide the conditions so that there is all the tranquility to achieve an expanded supply of entertainment.

From Ocesa they thought it would take so long until a concert could be announced again by the covid?
First, the issue of covid and the implications it had for industries is something that was not visualized. If we belonged to other economic sectors, we would suddenly have had a slightly clearer picture.

Our reason for being was directly related to the crowding of the public and we did all kinds of things related to technology, innovation and alliances to do outdoor events with distancing; we also created the auto-concert theme. Undoubtedly all this was far from the reality of the industry.

So how did they survive the pandemic?
That was a bit traumatic. We had the Maroon 5 concert days after everything was closed and our company takes the time to analyze the information it has to make the best decision.

We had to do a major reengineering and rebuilding of the operation because we had no production and no customer service. The first step was to cut back and give people who had their money in their pockets and who could reorganize themselves in some way, taking into account that obviously we were not sure of what was going to happen.

On the other hand, eTicket created the Ticket Live platform, which allowed us to have more than 80 very successful digital concerts, including a very important festival for a telecommunications firm. Later we made the alliance with Páramo and Live Nation to set up ‘Caravana’ which was a whole series of car concerts that we did in the magical saltpeter.

We did wonderful streaming like Andrés Cepeda’s. We had a great opportunity to meet again as an industry and to create a common front to work and move forward.

In addition, the WHO pointed out that music itself was part of mental health care
Exactly. We know the importance of entertainment for people’s mental health and that is one of the important things in the sector; what we do even classifies as essential public service because people need entertainment in whatever form. To that extent, I believe that this industry charges an important line in terms of what we do.

Was government aid enough during the worst moments of the crisis?
I believe that in general the offer made during the pandemic was very similar in all countries. We had a very long creative day of about a month where we did workshops and a whole series of creativity sessions even thinking outside the box.

Hence the creation of more than eight hospitals in Mexico. I think that dismantling what we do in public policy is difficult because obviously at the moment in which you agglomerate people in whatever way, you have to be hand in hand with the Government.

There were helps from one side or the other, however, some could be applied and the spirit or motivation to help companies was never left aside. It is always from the perspective of what is considered the common good.

We were not necessarily able to apply to the benefits raised by the government for certain ranges and issues, but we always had the support of the National Government, the Ministry of Culture of Medellín, and Bogotá, or the Ministry of Development.

What else is required for what is actually a more consolidated sector?
Law 14 93 managed to put us on the international radar. Before that Law, it was impossible to do shows in Colombia because there was a great tax gap and there were a series of withholdings that made it unfeasible to achieve or economically carry out a business model of this type.

Now, the resources generated by that Law, which is the parafiscal contribution, hardly reaches back to those that we contribute in the process, this is how five main companies that contribute the parafiscal contribution do not have a direct return on this, first because the address that going from these resources is towards projects that represent the development of infrastructure that takes place in these events, for example the stadiums, the Simón Bolívar park and another series of venues do not receive resources from the contribution; since it is considered that they are sports properties or that they have another purpose.

The purchase of Ocesa by Live Nation was recently completed. How will music fans feel about this?
We have had a partnership with Live Nation for many years. They are our partner in the development of events and many of those have to do with the relationship we have with them. Today the shareholding composition of our group changed, so we have LN as the majority partner with 51%, it continues to be the operating partner in both Mexico and Colombia. We have the leadership and responsibility to continue developing the operation in these markets.

This alliance allows us to see the potential in the development of the entertainment industry in our country, which undoubtedly translates that there will be more artists, a greater supply and a specific interest in the market growing.