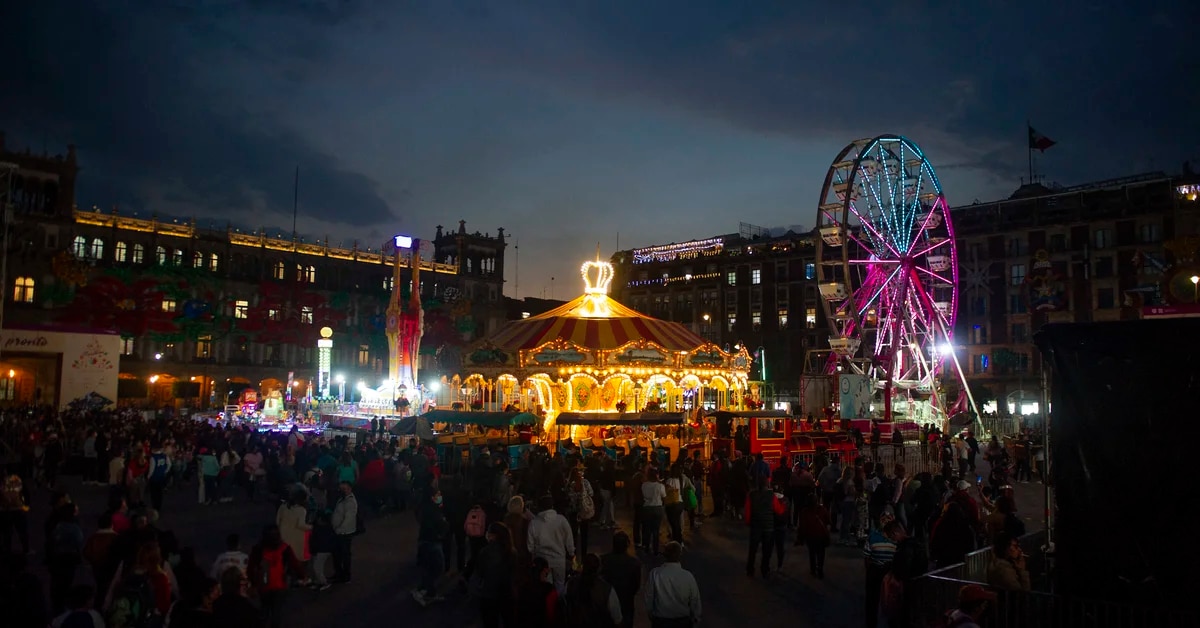 The Head of Government of Mexico City, Claudia Sheinbaum Pardo, notified that the New Year’s Concert that was scheduled for December 31 at 6:00 p.m. in the Glorieta de la Palma, on Paseo de la Reforma avenue, will be postponed due to the increase in COVID-19 infections in the capital of the country.

On the morning of this December 29, the capital’s president reported that a monitoring will be maintained on the trend of infections in order to choose a new date for the show, which could be in February, within the framework of Day of love and Friendship.

He mentioned that the capital authorities have already spoken with the invited musical group -The blue Angels- to postpone the concert and offer it at a better time, because “It will continue to be a gift for the residents of the capital.”

“It is a matter of precaution when seeing that there is an increase in cases, but it is not an alarm, but a measure to avoid greater number of infections”Sheinbaum said.

Yesterday, the capital government reported that in order to safeguard the health of the capital citizens, and as a preventive measure against the slight increase in confirmed cases of coronavirus, the New Year’s Concert to be held this December 31.

Earlier, in a press conference, the Head of Government, Claudia Sheinbaum Pardo, stressed that this action is not a sign of alarm, since so far there has not been an emergency situation despite the new variant Omicron.

“It is a matter of caution seeing that there is an increase in cases, but it is not an alarm, but a measure to avoid a greater number of infections. It is a celebration that took place in 2019, we wanted it to be held every December 31 as something that would remain in the City, but we must respect health measures, “he said.

Similarly, Sheinbaum Pardo highlighted the day of vaccination against COVID-19 by ensuring that this action seeks to convey to the population the need to be cautious in these times and not lower our guard to avoid the transmission of the virus.

“This does not mean closing any economic activity, we only want to inform the population so that we are all cautious with this increase in infections. Fortunately in the City most of the people are already vaccinated: 52 percent of the elderly already have the third dose of the vaccine and will continue to be vaccinated in the coming weeks, “he said.

In congruence with the above, it was decided to bring forward the closing of operations of the Christmas Festival for the December 30 and strengthen preventive measures in the Zócalo, in such a way that the days 28, 29 and 30 December, the lighting of the holiday light will take place at 6:20 p.m.

The Government of Mexico City calls on the citizens of the capital to respect sanitary measures, get vaccinated if they have any lag, or go for booster doses if within the programmed age range, interact in open air or very well ventilated spaces, use face mask in closed and public spaces, wash hands frequently or use gel antibacterial and getting tested and self-isolating if possible symptoms of the disease are detected.

New Year’s Eve in CDMX: why the concert was postponed and when could it be held