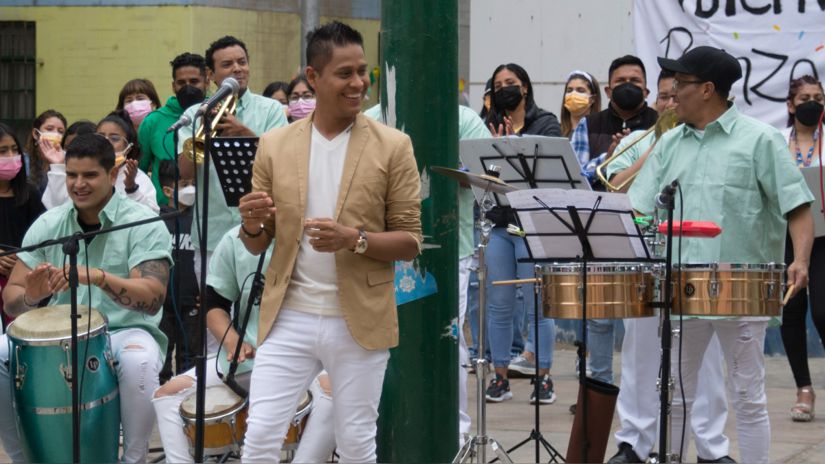 After the great reception of his most recent album “Romántico y Urbano”, the Peruvian salsero Renzo padilla will appreciate the support of his unconditional followers offering a virtual concert and free that can be seen on your YouTube channel and Facebook, this December 31, at 10 pm, as a preliminary to welcome the New Year.

For the recording of this 50-minute audiovisual, produced by the Play Music Peru record label, the singer and his orchestra, Los Borincaicos, traveled to the La Sexta Neighborhood Unit, in Cercado de Lima, a neighborhood where his parents live. . There, having as an audience his neighbors who follow his career and are now his loyal fans, the singer performed live each of the songs on “Romántico y Urbano”.

“For the success of ‘Romántico y Urbano”, Renzo padilla will give away this concert for the end of the year. This is a gift for all his fans who love salsa. With this audiovisual production we close their musical year with a flourish “, says José Luis Cárdenas, general manager of Play Music Peru.

“It has been a wonderful experience. It was very gratifying to be able to sing to the people of the neighborhood who saw me grow up. Go back to see familiar faces and discover new ones too. The neighbors received me with great affection. We put together the rumba in the La Sexta neighborhood unit and that joy is what we are going to share with all our followers on December 31, ”says Renzo, grateful.

Renzo Padilla, who has just returned from a successful European tour, which led him to perform in cities such as Rome, Turin, Paris, Madrid and Barcelona, ​​has just shared a preview of what will be this intimate concert, the cut of “Como amigos , like lovers ”, a video that is already available on YouTube.

“Romántico y Urbano” is Renzo Padilla’s second solo album composed of eight songs: “Soy Grone”, “Fokiu”, “Pa bravo yo”, “Stay with me”, “Even if it isn’t with me”, “You will know”, ” As friends, as lovers ”and“ You are sure ”. The album is available on digital platforms such as Spotify, Apple Music, Deezer, Claro Música and YouTube.