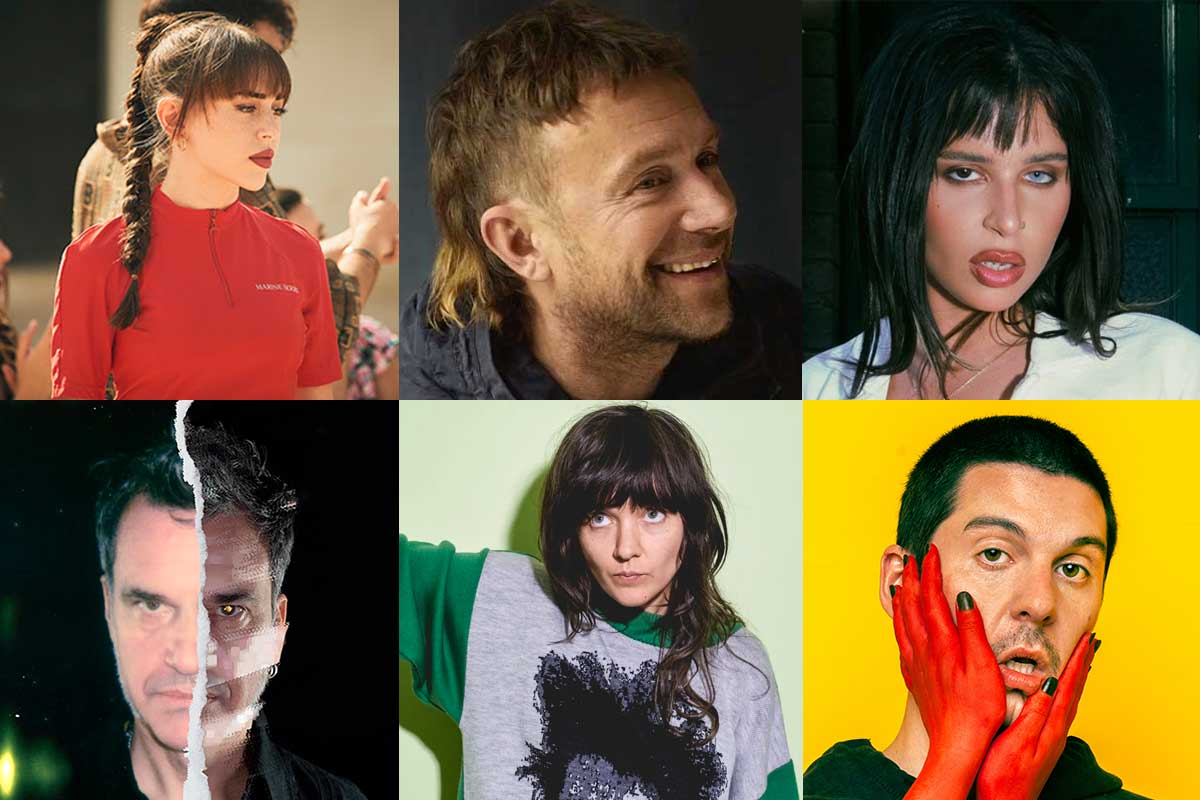 Last week he wowed us with a wide variety of releases that ensured the effectiveness of the music in appeasing global misery. Featurings that no one expected and we embraced them instantly, like the one in Palo Pandolfo Y Santiago Motorized or that of Nicki nicole with the spanish rapper In Delao; Advances that increase the eagerness to discover the rest: Damon Albarn, LP, Celli, Courtney Barnett Y Richard Coleman; and as for videos La Sandunguera shared an explosive piece that left its mark instantly, while Tyler, The Creator continues to tone the forcefulness of his most recent album.

One of the most anticipated albums of the year is The Nearer The Fountain, More Pure The Stream Flows, the next solo LP from the mentor of iconic bands like Blur, Gorillaz and The Good, the Bad & the Queen out November 12 via Transgressive Records. “Polaris” is a new preview of the brand new successor to Everyday Robots (2014), an upbeat song with a powerful nostalgic charge that immediately immerses the listener in a peaceful and dreamy atmosphere. More about “Polaris” in this note.

LP premiered the fourth preview of Churches, the successor of Heart to Mouth (2018) that will be released on October 8. “Goodbye” was co-written with longtime collaborator Del Río and Nate Campany. As he expressed through a statement, the new song is “a wonder for the soul.” He continues: “A spring cleaning to free myself from the shackles of my own mind and hopefully others. The light is always there if you want it. I definitely want it.”

Palo Pandolfo Y Santiago Motorized join forces in “Tu amor”, a single that addresses the warmth of romance from a jovial and effusive perspective. In their first collaboration, the ex-leader of Don Cornelio and the vocalist of El Mató display all their sentimentality about a rock instrumentation that elicits a suggestive atmosphere while taking for granted that the mania of classifying certain artists in genres is an indication of not accepting that you have to let go of the past. More about “Your love” in this note.

The enfant terrible of hip hop continues to fill the universe of Call Me If You Get Lost, his brand new sixth album. The piece chosen this time was “Lemonhead”, the third of the imposing repertoire and which has the participation of 42 Dugg. The Californian rapper is an artist who does not let details diminish, for him the audiovisual is as important as breaking it on stage. That’s why he took over the management reins under the pseudonym Wolf Haley and took it upon himself to demonstrate his ingenuity in front of and behind the camera in a fleeting but bewitching and fun clip.

Celli – “Nobody sees us”

The former Screensaver released the first preview of Acts. Celli, his second solo album that will be released during the second half of the year released by Sony Music. “Nobody sees us” is a vibrant song that delves into the influences of national rock and, through its lyrics, exposes the difficulties of being an artist. The single was accompanied by a video directed by Melanie Antón that features the special participation of Joaquín Vitola, vocalist of Indians.

The Australian guitarist, singer and songwriter shared the first preview of Things Take Time, Take Time, his new album, which is scheduled to be released on November 12 through the Mom + Pop Music and Marathon Artists labels. Courtney Barnett He took advantage of the misery that paralyzed the entire world to lock himself up and get down to what he does best: composing exciting and powerful songs. “Rae Street” was accompanied by a video made by WAM Bleakley that shows the artist performing the melody with her guitar indoors, while outside she encounters her replicas on different stages.

“An anthem – yet another – about strong and empowered women who fear nothing or anyone, a story of self-knowledge told through the imaginary and the forms of the Latin American classic song.” This is how the press release defines “Mafiosa” , the new single from Nathy Peluso. With touches of salsa and bolero, the Argentine singer based in Spain attacks with the defiant attitude that characterizes her to continue contributing to the fall of the patriarchy with her charisma and energy. The creative part of the video was in charge of herself and had the general direction of Agustín Puente. More about “Mafiosa” in this note.

The Rosario artist does not stop causing astonishment with her achievements. His name spreads at lightning speed everywhere: as if it were not enough stepped on the Jimmy Fallon stageMost recently, the former US president, Barack Obama, included it in his summer playlist. “You have left me” is a song that Nicki nicole It had been stored for years and this does not mean that it refers to detachment, but quite the opposite. He waited for what was necessary to travel to Spain and meet again with In Delao in order to record the video of this glittering collaboration with flamenco overtones that confirms the versatility of its imprint.

The Argentine singer-songwriter shared “Humanidad”, a mid-tempo track that he composed during the strictest period of the pandemic and recorded it with the contribution of the musicians from El Trans-Siberian Express. “‘Humanity’ is an introspective theme, dystopian poetic, inspired by the immediate environment but without obviousness,” says a statement about this piece that came out together with a video directed and edited by Lisa Cerati.