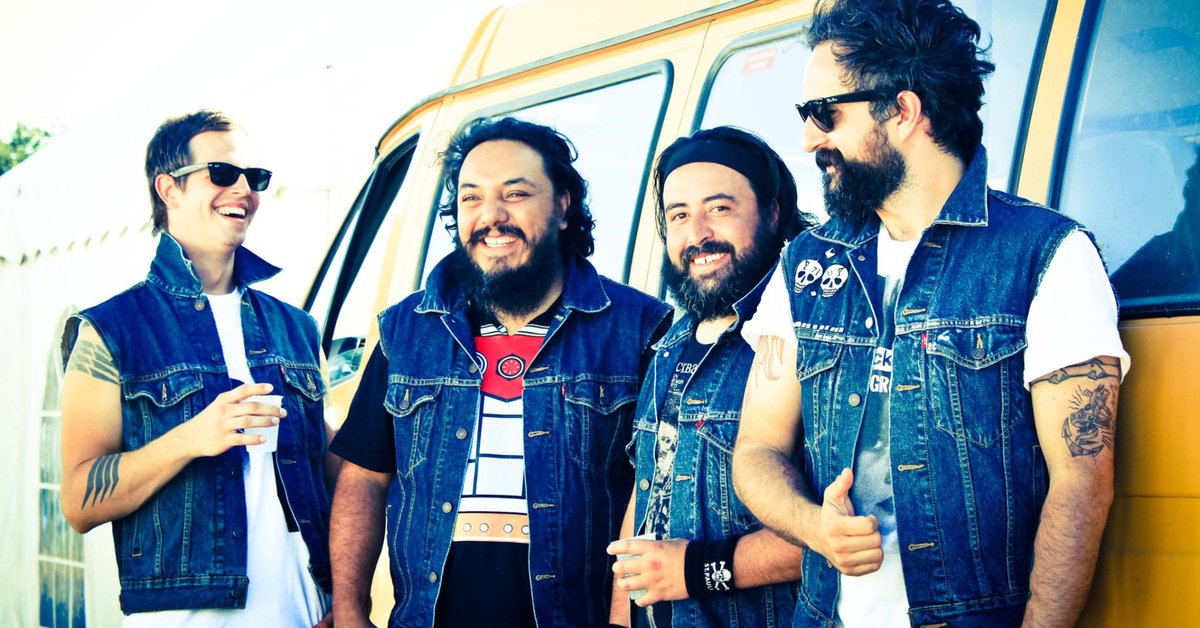 The return to the stage for Molotov will have to wait a little longer, since the group reported that The concert that would be held on July 1 at turn 4 of the Hermanos Rodríguez Autodrome had to be canceled due to an alleged discomfort suffered by one of its members.

Through a statement, The Mexican band explained that Micky Huidobro suffered a “severe health problem derived from a stomach infection.”

Although Molotov assured that he tried to solve the problem, he was unsuccessful. However, to the happiness of their followers, they announced the new date of the concert.

The event moved to the next August 5 at the same headquarters, so the tickets for this Thursday will be valid.

“We are very sorry for the inconvenience and not being able to perform before you in the long awaited return to the stage despite all the efforts we made to carry out the concert … We offer an apology and we hope to see you soon. #EstallaMolotov ”, reads the publication published on social networks.

This was one of the first concerts to be held in the “Outdoor Boxes” format, a new strategy to reactivate the presentations safely at the Hermanos Rodríguez Autodrome.

On June 5, after the mayoral candidate of Aguascalientes of the National Regeneration Movement party (Morena) Arturo Ávila Anaya will use the song of Latino Vote, of the Mexican rock band Molotov, for their political campaign and that The latter will sue you for using their song without their permission., It came to light that the National Action Party (PAN) also used one of the band’s songs for its campaign.

Given this, the band made up of Micky Huidobro, Tito Fuentes, Randy Ebright and Paco Ayala, confirmed that sued Morena’s candidate, and later, said that they had also initiated a legal process before the Attorney General’s Office against National Action of Mexico City, in both cases, for using the songs without permission.

Through a statement posted on social networks on Friday, first they made known the lawsuit against Ávila Anaya, and later, against Acción Nacional.

“We inform the public that today another complaint was presented to the Attorney General of the Republic, this time against the National Action Party and / or the candidates, members, officials or representatives of said party that are responsible for the malicious use without the corresponding authorization of the song Here We Kum in a video promoting their candidates for the 2021 electoral period in Mexico City, ”the statement reads.

The rock group said that, as is already known, many of their songs are recognized for their political satire and criticism of the country’s rulers, which is why, throughout their almost 27-year career They have never authorized or will authorize the use of their songs for political or propaganda purposes during electoral campaigns.

“Regardless of the colors of the parties in question, we will always demand that the law be followed and our rights respected”, ends the statement. Accompanied by this, a photograph of the lawsuit filed against the PAN was also included.

“I am not against the President”: Sergio Mayer spoke of AMLO with the Golden Scorpion
“Shame of being human”: Sergio Mayer attacked Hugo López-Gatell for shortage of oncological drugs
This was the clash between Sergio Mayer and Gustavo Adolfo Infante live