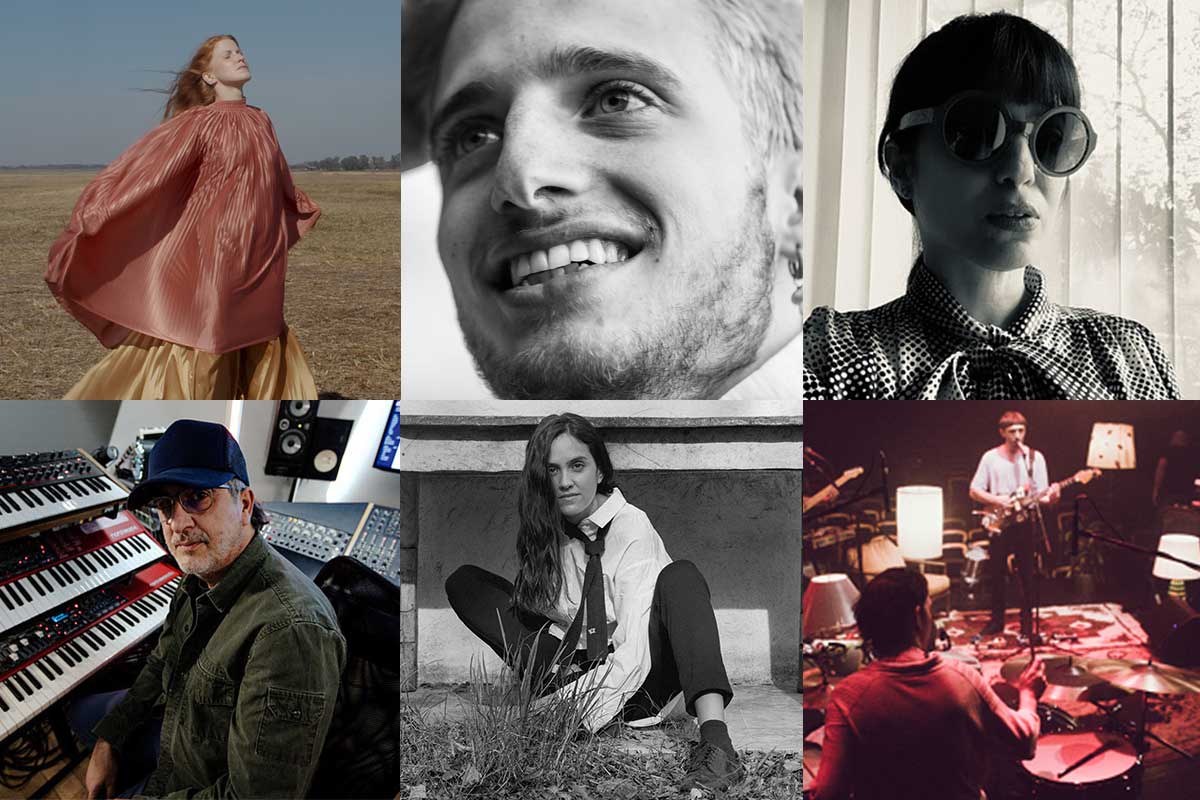 Last week he left several surprises to make us happy for the long weekend in Argentina. From the gripping singles of Ramiro Sagasti, Hana Y Wax, until the new album of Juan Irio, there were also launches of My Invincible Friend, Luciano Duarte Y Manuela de las Casas; Sof Tot bewitched with a new video and Tweety González He presented his debut as a solo artist.

One month after having shared the “Volume 1”, My Invincible Friend published the second part of the repertoire he made in 2020 for the first streaming of his career, recorded at the ND / Theater in Buenos Aires. On this occasion the original group from Mendoza delves into their latest album Dutsiland (2019) to immediately hit us with four other songs: “Loco trópico”, “Nobody in the house”, “Fossil” and “Continental breakfast”. On Friday, August 27, the concert will be completed with the third installment, also accompanied by the label based in Mexico, Devil in the Woods.

Ramiro Sagasti – Between the two twilights of the day

Ramiro Sagasti presented Between the two twilights of the day, a single made up of two new songs produced by Aziz Asse: “O qué” and “Seda”. The title of the release alludes to the poem by Jorge Luis Borges called “Everness”. The singer-songwriter from La Plata known for integrating bands like Pérez, Roto and Gah Gah takes a step forward in his solo career after releasing his debut album titled Luck (2021).

More about Between the two twilights of the day on this note.

The Buenos Aires singer-songwriter premiered the video for “Roma”, a song produced with Ignacio Pérez (vest) in the key of alternative romantic pop that came to light at the end of January. Directed by Sofía Medrano, the audiovisual piece blends in with the mystique of the melody and shows the vocalist drowning her sorrows as she afflicted by a bleak scene.

Three months after having premiered with Alexandra Matrix “Samo Bogato”, Hana shared a new single. Produced by Agustín della Croce, “Destaparte” featured the participation of Andrea Ciliberti on electronic drums. The musical launch was accompanied by a sample with the plastic works of the singer-songwriter, visual artist and curator of the Other Forms label called “Musical Pause” together with Daniel Joglar. It can be visited at the PM Art Gallery (Tres Sargentos 463, CABA).

Stripped of the chaos of the city, Luciano Duarte he reflects on everyday relationships in “Who am I?”, a futuristic pop track with arrangements of sax, piano and guitars. This new single was produced by Yuliano Acri and it is the third advance of the successor of Orchid (2019), after having previously captivated us with “Today” Y “Fantastic”. The hypnotic video that accompanied the launch was made by Audiovisual.

After sharing during 2020 the singles “I see double”(Ft. Feli Colina) and“Eternal mornings”, Manuela de las Casas released the third advance of his new album, This and that, which will be released in mid-September. Influenced by Brazilian composer Vitor Ramil, “Dark Beauty” is a mantric and atmospheric song released by the Elefante en la habitacion label!

The emblematic Argentine musician and producer released his first solo track: “Jazzypop”. “The name of the song is a tribute to the music club (what were called dens) where Tweety was formed and where he began in the Argentine music scene in the early 80’s. The song is a blend of jazzrock, Kinky, Nortec Collective and Herbie Hancock, with heavy electronica and jazz rockers solos, “reads a press release.

“‘Look mom, I’m up and I swear there is nothing more than life’, reflects the values ​​of the young musician always placed in his most intimate ties, friends, family and work team,” explains an official statement about the new single from Wax. After the arsonist “That they get better”, The rapper raises expectations of Dark ecstasy, the second album to be released on his own Doguito Records label.

More about “Look mom” in this note.

The also member of Thes Siniestros and El Estrellero shared the brand new successor of Fable (2020). Made up of fourteen songs, A buffalo ride tones the folk roots of Juan Irio, who was also in charge of the production. “I decided to do without thinking too much, forget the obsessions and tricks that one always has present and that now imposes on them, do without measuring the consequences, embrace the spirit of the spontaneous without fear of being discovered”, explained the musician about of his third solo album through a press release.