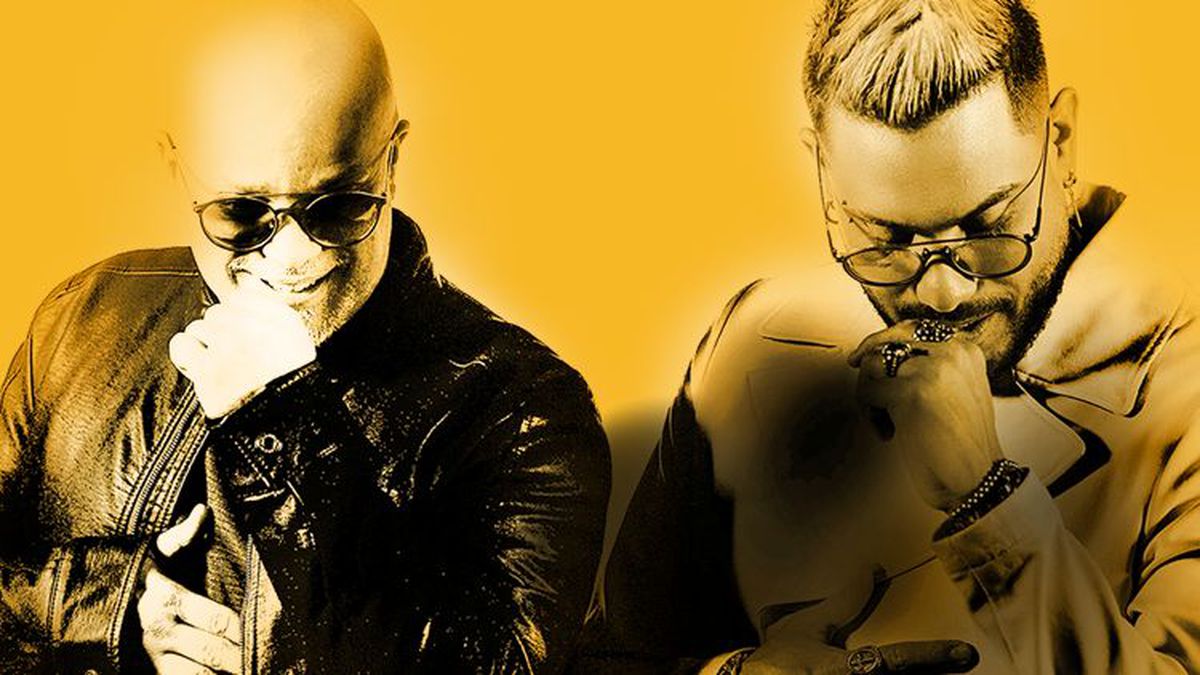 It will be an occasion in which Venezuelan artists will review themes that are part of the group’s repertoire Guaco, which both integrated, but will also deliver songs that have emerged during their career as soloists.

DIARIO LAS AMÉRICAS spoke with Nelson Arrieta about the show that the musicians are preparing for the delight of the public this Sunday.

How did you come up with the idea of ​​joining your voices in this concert via streaming on September 12?

We spent many months preparing for this show; time was given for the band, which is the one that participates, to unite. We reviewed the show several times. In the last presentations the new songs were presented and the reaction of the people was very good.

We are going to walk through the discography, songs that Ronald and I recorded when we were in Guaco, which add up to almost 27 years of history of the super band, which were two consecutive times: my stay for 16 years and then Ronald’s for 11 years.

Since 2003 I have been with my solo career, and Ronald since 2013, 10 years later. So they will also listen to the successes that we have promoted in each one’s career as a soloist, to that are added songs from the guests such as Oscarcito, a song of his authorship that was a success, another of his authorship that Ronald and I recorded. and we invited him, and a song by Gustavo Aguado (director of Guaco), and a tribute that we will make to Gustavo without letting him get off the stage.

Does the name of the concert be related to any teaching that these times leave you with? What would that teaching be?

Obviously the name of the concert is related to what we experienced during the pandemic and that is still being experienced in many countries. Everyone was used to having to leave their house to enjoy a concert, of course you could watch them on Netflix but if you wanted to live a concert you had to leave home. This new modality is here to stay, because it breaks borders and there is the possibility of reaching many people where we cannot reach now.

And the teaching is that even the simple fact of being at home should be enjoyed, because human beings conditions their happiness to having to do something specific, having to leave the house. And this pandemic taught us to enjoy the moment, no matter where we are or how we are.

Guaco has been a common school, how has that step been through that group and how has that experience marked their careers?

For me Guaco, and I am sure that for Ronald Also, it has been a university, postgraduate studies and even a doctorate. Not only professionally, but also personally, more than 20 personalities together, friends that became families, because I still consider many great friends that we see each other over the years and we feel that affinity and affection. And it’s what prepared me to do this job alone. Without having gone through Guaco, this solo career would have been more difficult.

How did the decision to continue as soloists change your life?

Mainly, as a soloist, life changes because everything depends on one and the work team, the drive and desire of each one, and the philosophy of life. If I had another philosophy of life, which is not to be overcome by obstacles, to fall, to shake, to start again and not to be intimidated by the downs of life, I am sure that I would have abandoned the solo career many years ago.

When I left Guaco there were no networks or many of the things that there are now that facilitate work. It was much more difficult, if you didn’t have a record label, there was no way to make an artistic career.

Music has served as a relief in these difficult times, how has it served you?

Music for me, since I was born, has been the main catalyst in my life. It’s what balances me, what fills me up. I am not a perfect person, I have many shortcomings, many flaws, but with music I get the perfect balance of everything. It is the ground wire of my life at all times. It is a syrup, a balm or a honey that I use depends on the circumstances. I cannot conceive of the world without music. I believe that if those who do wrong in the world wanted to end humanity, if they eliminate music they would have half the job done.

What other project are you working on together? What is the next individual project, is there a new album or track out there?

Ronald and I have the particularity that apart from this mutual project, each one has a career as a singer. And one supports the other when he brings out his own content, not only in practice, but also in desire, in non-selfishness. He pulls out a project and has all my energy to make it go well. And if I get something, he bets on the best. We agree a lot in that philosophy of no egos, there may be egos in something else, in the appearance of each one, that I know, because you always have to have a little ego, but not that exacerbated ego, protagonist. In fact, we have been in this project since 2019 because people ask for it and because we feel like being together in concert, we really enjoy being on stage, doing new songs. It is something that has flowed, but of course we have our individual projects, several songs. We have recorded content for YouTube and networks. Each one has made collaborations and each thing we do individually adds to our project.