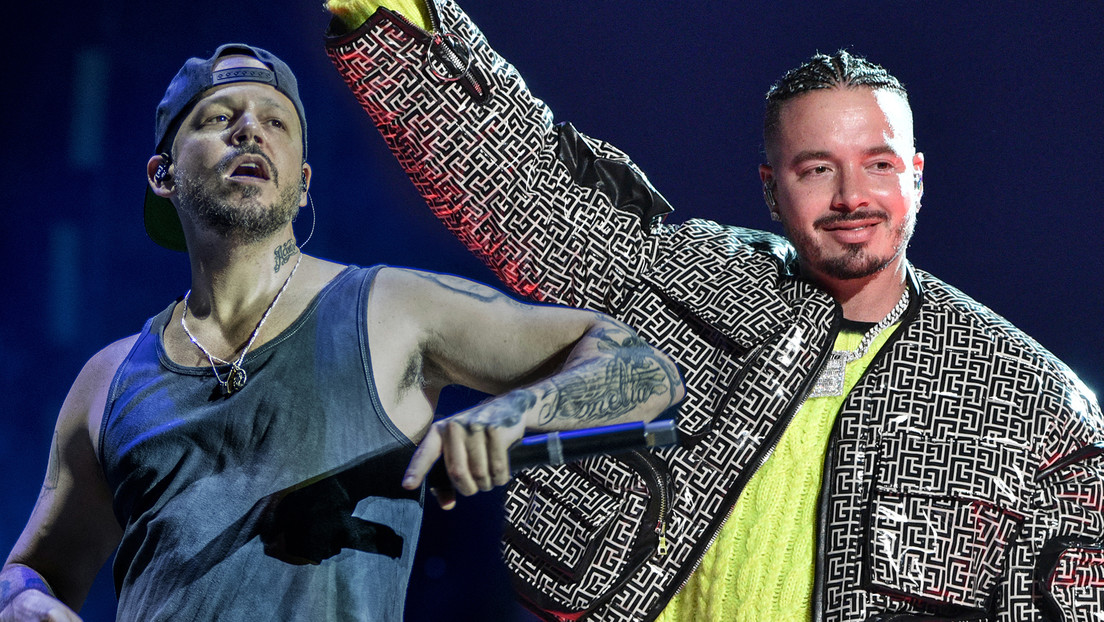 The payoleo, the ‘hot dogs’ and the ‘merch’. Those were some of the terms that became popular on social networks the weekend after the fight between Puerto Rican René Pérez, better known as Residente, and Colombian José Álvaro Osorio Balvín, known worldwide as J Balvin.

The controversy began with the call for a boycott made by J Balvin against the Latin Grammys because they do not “value” reggaeton artists, since the Colombian considers that the genre is not well represented in the nominations. “We give them ratings but they don’t give us respect,” he said on his social networks. The call provoked the reaction of Residente, who not only rejected his position but also questioned the quality of his music, which he compared – in a pejorative way – with some ‘hot dogs’.

Both eliminated the publications, but the debate in networks was quoted on the rise. The first to try to take advantage of the controversy in his favor was J Balvin himself, who after the crossing uploaded a photo to his social networks posing with a hot dog cart and, three days ago, posted an image of a ‘hot dog’. “New merch. The business, partner,” he wrote. However, what seemed like a simple publicity stunt was transformed into a new episode with Residente in which the old political feuds that separate the two singers surfaced.

The warm from Medellín

Residente’s response to J Balvin’s advertising strategy came Sunday. With a five-minute video, which this time did not download from his networks, Residente downloaded one by one the arguments against the Colombian artist, whom he baptized as “the lukewarm from Medellín“.

The nickname is not an invention of the Puerto Rican, since it is one of the names that are usually associated with Osorio Balvín for his almost null pronouncement on the political conflicts that, in recent years, have shaken Colombia. “Your country is burning in flames and you are waiting to release a record. The business, partner,” Residente demanded.

And it is that, although J Balvin has actively participated in campaigns against the Government of Venezuela, such as when Shipping A message for the concert organized on the border to support former congressman Juan Guaidó, or in repudiation of Donald Trump for his xenophobic comments against Mexicans in the United States, has been silent at key moments in his own nation. At the bottom of that exit is his sympathy with Uribismo.

At the end of last year, despite the fact that the violent repression of the police against student protests in Colombia still remained, J Balvin use the same word to define the Colombian president, Iván Duque, and the top leader of the Democratic Center, Álvaro Uribe Vélez: “Bacán (very good)”. The singer is a native of Medellín, one of the cities where Uribismo politically predominates.

Residente, who came to sing at the MTV Latin America Awards wearing a T-shirt that read “Uribe paramilitar”, reminded J Balvin that “the only message” he dedicated to his country during the recent protests against Duque’s tax reform was wrote “a Puerto Rican.” “You don’t even get that, to top it off, You copy it verbatim from WhatsAppYou paste it under your video and you are such a liar that you put Jose on it, as if you had written it. I thought you were going to take the message and you were going to adopt it, but no, you bastard, you pasted it as is, “he asserted.

The protests against Duque’s tax reform took place since April 28 throughout Colombia. During the massive demonstrations the excesses of the security forces were evident. According to the Institute of Studies for Development and Peace (Indepaz), these days of mobilizations left a balance 80 people killed, mostly by members of different police forces, such as the Mobile Anti-Riot Squad (Esmad) and Special Security Task Forces (GOES), as well as the Technical Investigation Corps (CTI) and the Army; I also know they registered more than 1,800 arbitrary detentions, about 1,500 cases of physical violence, almost thirty victims of sexual violence and more than 80 people with eye damage.

To this is added that, according to data From the same organization, in 2021 – until October 2 – 133 social leaders and human rights defenders have been assassinated in the South American country; in addition to 37 signatories of the Peace Accords and ex-combatants of the defunct Revolutionary Armed Forces of Colombia (FARC).

The ‘lukewarmness’ of J Balvin against the government of his country contrasts with the combative character of Residente, who in 2019 joined other artists from his country with reggaeton as a political flag to ask for the departure of the then governor of Puerto Rico, Ricardo Roselló. This mobilization gave greater visibility to the protest that, in effect, managed to get the politician out.

The second round between the two artists arose because, according to René Pérez, J Balvin did not keep his word to settle the fight they had as a result of the first video and, instead, used the dispute over the ‘hot dogs’ to continue advertising. : “You upload what you want, but this goes for your old man’s list of values, so that I stop thinking about the business and start thinking about the virtue of the word. “

In that first video, Residente rejected that J Balvin called for a boycott of the Grammys this year and not last, when the Colombian had 13 nominations, of which he won only one. In addition, he considered it unusual that the singer of ‘Morado’ asked that action to artists who are competing for the award for the first time.

“You are telling people of the urban genre – said Pérez – to boycott the awards and not to celebrate the artistic life of Rubén Blades, a guy who marked the history of Latin American music. A guy who Unlike you, write his songs and feels them. ”

In his second video, Residente not only insisted on the point that J Balvin does not compose his songs, but even affirmed that the Colombian uses the ‘payola’ (the illegal practice of paying for a song to be played on a commercial circuit) , unlike many artists who are nominated for the Grammy Awards and have the illusion of attending the event.

“Artists like the San Jacinto bagpipers of Colombia, who with a nomination can make a small tour to bring food to their homes, and you on your ego trip, knowing that you don’t have any kind of artistic talent, because we also talk about it in the call, you ask that they boycott them, “he recalled.

The Puerto Rican too rejected the commercial use of the paisa of the trade of those who sell hot dogs (for having launched a line of merchandise with the image of ‘hot dogs’ and presenting themselves in the role of those workers), instead of helping that group.

“I decide to give my beer to the ‘hot dog’ carts, while you decide to do a ‘merch’ and make money from their jobs instead of helping them. That is why we are different,” René continued.

While the controversy remains in the air, J Balvin continues without responding to Resident’s indications. Instead, he continues to promote his album from his social media platforms, where he has already accumulated thousands of likes. On Instagram alone, the image with the ‘hot dog’ cart has more than 2.5 million hearts.

The closeness between the two artists, for the moment, seems impossible. The phrase with which Residente dismissed his video makes it clear: “Believe me, I tried to be your friend, we helped each other in some moments, I wrote you several times supporting you. But you are so deceitful and such a liar that it is impossible. I’m going to give ideas for your franchise: ‘I ran out of rhymes, hot dogs / El tibio de Medellín, hot dogs / I called you crying, hot dogs / None of my hits are mine, hot dogs. “

If you found it interesting, share it with your friends