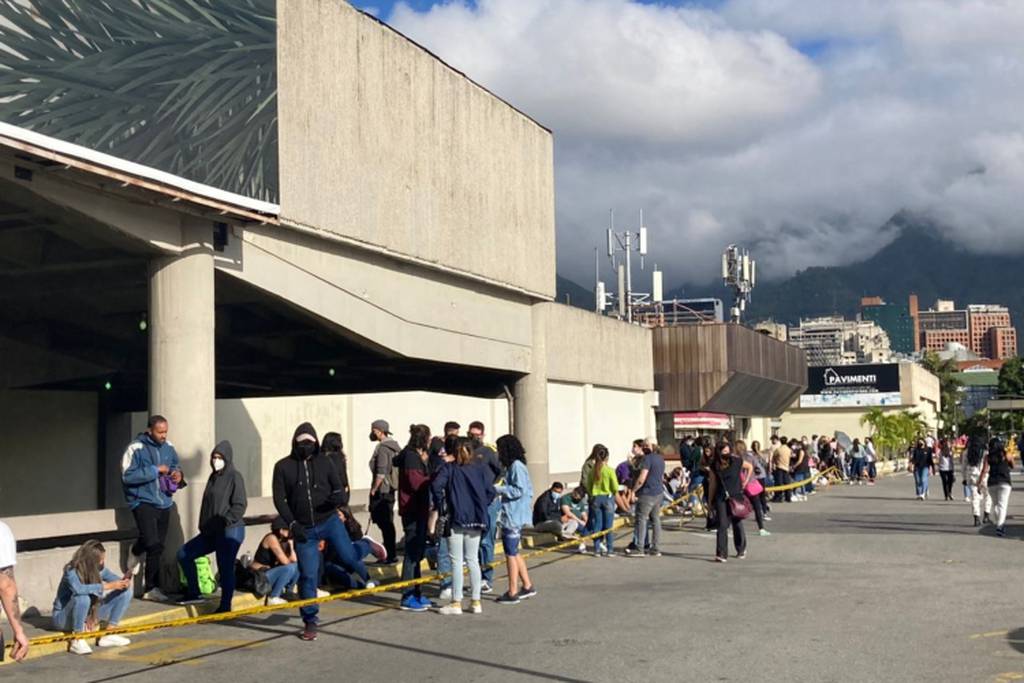 International artists decided in 2022 to return to Venezuela. The tickets for the concerts, in the different musical categories, and which have had and will have the Venezuelan capital as their epicenter, have been sold out in hours. The debate, meanwhile, grows among Venezuelans who talk about the paradox of an economic recovery while failures in public services and poverty remain at alarming levels.

Morat, a Colombian folk-pop band, was among the first to announce performances in Venezuela. His fans became a trend on social networks, due to the speed with which they went to the ticket sales center. The prices had a variation between 45 dollars and 190 dollarsa difficult sum to cancel for those who obtain a minimum wage income, then located at 2.2 dollars per month.

Coincidentally, the announcement of a new salary income, approved by Nicolás Maduro and which would now be set at 30 dollars a month, landed alongside a list of new presentations by different singers and musical bands. And although, the half petro in which the salary of a worker in Venezuela was established, was still low for the acquisition of tickets, these also sold out quickly.

Tickets to enjoy Sin Bandera with Camila were offered between 60 and 5,000 dollars, the most expensive, which included access for 10 people and exclusivity. The scandal was again present on social networks, however, in approximately 24 hours, the sale for the presentation that will take place in June had already been completed.

In the case of the Dominican singer, Natti Natasha, tickets will start selling this Thursday, April 5. Its cost is between 30 and 500 dollars. To attend the concert of the Colombian band, Piso 21, which plans to perform in mid-May, they also represent a similar value, between 50 and 100 dollars. And although the fans have not been so effusive, it is expected that the sale may also be at its best.

Other artists such as Cristian Castro, Cultura Profética and Kany García have their sights set on Venezuela, where they hope to perform in the second quarter. The national singers, among them Servando and Florentido, who with three concerts also in the terrace of the Centro Ciudad Comercial Tamanaco, exhausted the available capacityopened the possibility of continuing another tour around the country.

🚨 ATTENTION | Cristian Castro joins the list of artists who will visit Venezuela, to perform on the terrace of the CCCT in Caracas next #19May pic.twitter.com/ITflKHuQx7

The discussion, meanwhile, focused on the economic recovery and the disparity in it. Until last year, the Living Conditions Survey (Encovi) reflected a poverty figure of 94.5%. This year, although the result of the study has not been presented, some of his collaborators, such as the sociologist Luis Pedro España, spoke about the possibility that this figure would decrease.

SEE MORE: Inflation in Venezuela fell to 1.4% in March, the lowest in 9 years, according to the BCV

The administration of Nicolás Maduro, for its part, assured at the beginning of 2022 that during the last quarter of the year the economy in Venezuela experienced a recovery of 7.6%. More recently, Credit Suisse made a change in its projections for the South American nation and indicated that economic growth could advance to 20% this year.

An unexpected recovery of the oil industry as well as the stabilization of the exchange rate, which the Venezuelan Finance Observatory has attributed to a policy that sacrifices the international liquid reserves of the BCV, without real medium-term strategies, have been a fundamental part of the process.

The deregulation of the economy, raised in this way by specialists, which Maduro has applied under the advice of the former Minister of Finance of Ecuador, Patricio Rivera, which has also meant a de facto dollarization with the release of transactions in foreign currency, has also had an impact in this sense, although it is not evaluated equally from all sectors.

“Those who speak of the Creole ‘perestroika’ in Venezuela have a monumental confusion. In Venezuela there are no policies of restructuring, economic opening or greater transparency. State collapse and informality do not equal openness. And there is the IGTF”, commented the professor of Administrative and Constitutional Law, José Ignacio Hernández on his official Twitter account.

Those who speak of the Creole “perestroika” in Venezuela have a monumental confusion. In Venezuela there are no policies of restructuring, economic opening or greater transparency. State collapse and informality do not equal openness. And there is the IGTF.

The high level of movement in the black economy and the development of luxury stores and still lifes, without certainty about the origin of their funds, is thus included by experts in the equation of economic opening, which in the end does not apply to the entire country, being the public sector and pensioners are still the most affected in terms of purchasing power.

This is demonstrated by the payment in dollars to workers in the private sector or the remittances that play a role in relieving the population. According to a report by the group Anova Policy Research, in conjunction with the OVF, the average salary in the commerce sector rose 71% to $89.2 in 2021 and during the first three months of 2022, 69% of salaries were paid in dollars, with a median income stood at $108.7.

SEE MORE: Why poverty in Venezuela could decrease in 2022?

“The same people who 4 years ago ate twice a day and knocked down mangoes from a bush to survive, today stand in line at the CCCT to purchase $150 concert tickets; they buy NFTs and have iPhones with three cameras”Oliver Laufer, a user on Twitter, wrote in reference to this growth.

And while its sustainability remains subject to the development of real economic policies, and the reality behind this recovery can have a variety of angles, the presentations of national and international stars continue their course, and some Venezuelans try to adapt to it.

Natti Natasha, Sin Bandera and Morat: The concerts in Venezuela and the economic debate