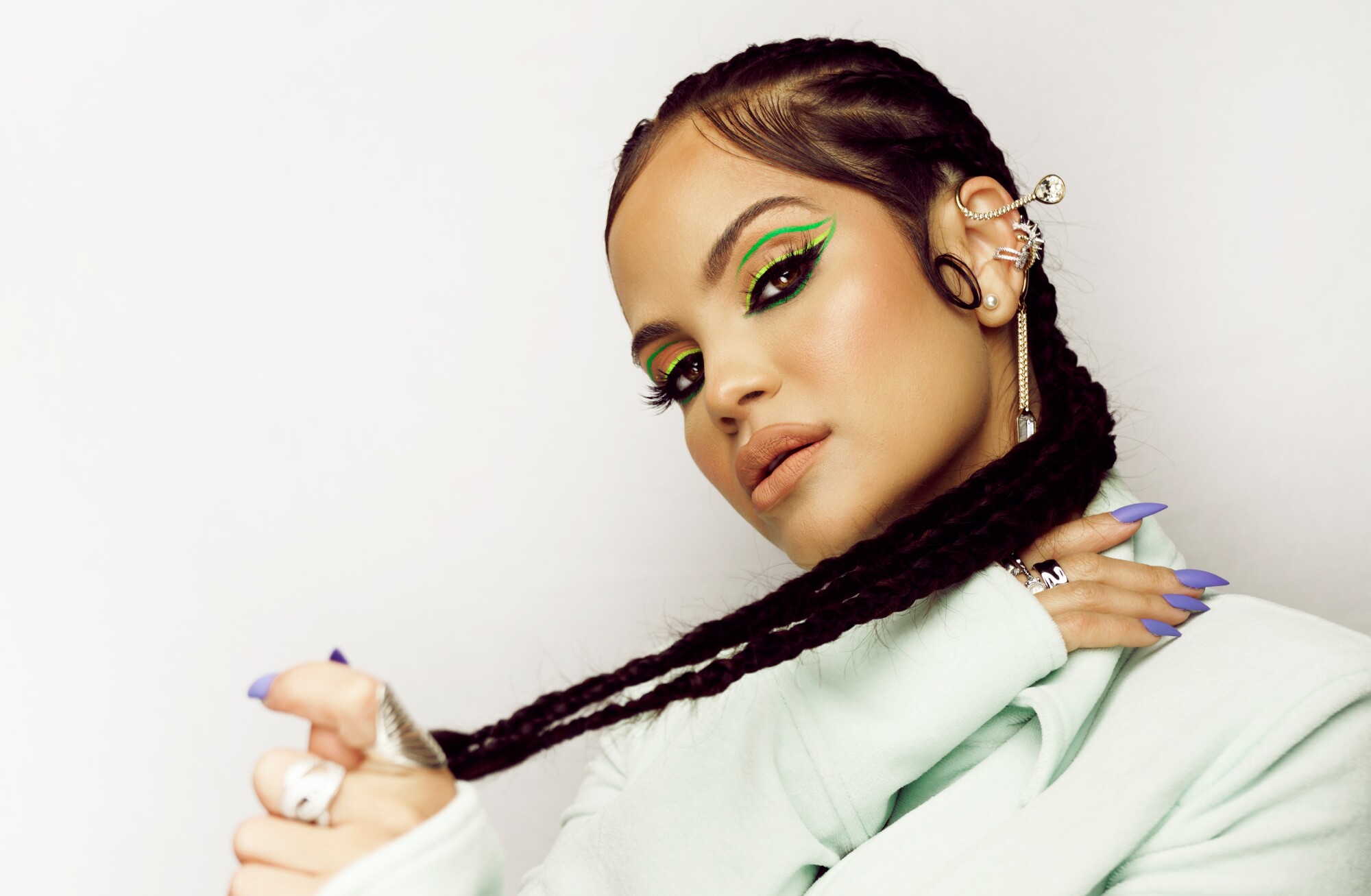 When you are experiencing intense moments in your personal life, it is very difficult to concentrate on new projects and even more so if it is your own partner, the father of your daughter, who is facing difficult times. However, Natti Natasha take a deep breath, dry your tears, she follows through on her commitments and sticks with what she has always been successful at…her music.

The Dominican singer with long black hair, full lips, and a penetrating and sensual voice seems to have decided to turn the thermostat to face the high temperature generated by each of her releases and in this half of the year 2022, say, those who are very close to her, that this could be her “most important season so far.” Why?

Because the owner of dozens of gold and platinum certifications, with billions of reproductions and views of her video catalog, she has put her personal affairs on hold and returns to the music scene with a collaboration that has brought together the duo from history Wisin y Yandel and the so-called Big Boss, Daddy Yankee.

The proposal is “Older than you”, an unreleased song that hits the current scene this Friday, June 17, to all music platforms after that success that Wisin y Yandel recorded with Daddy Daddy Yankee, Baby Ranks and Tony Tun Tun, which was titled “Mayor que yo”. However, this proposal by Natti Natasha entitled “Mayor que tú” is completely unrelated, although reggaeton connoisseurs of yesteryear will be inclined to seek the root of the matter. But beyond that, Natti’s proposal brings together the dynamic duo and Cangri Mayor, who by the way is already preparing to present his five dates, in a song full of energy on the Kia Forum stage in Inglewood and after having announced his surprise retirement.

Natti Natasha, close friend of Daddy Yankee, is not that she has convinced him to record this song after the announcement of his retirement, no. The collaboration that unites four of the most emblematic voices of the genre is born from the clamor of the followers of the original reggaeton and was achieved even before the announcement of the daddy yankee retirement and the end of Wisin & Yandel as a duo and long before the arrival of this pair of Puerto Ricans on the stage of the Crypto.com of Los Angeles next November 26.

For Natti Natasha, having been able to record this song is like a dream come true, something that makes her very excited. “There definitely could not be a farewell without having one last song with the greatest leader in music, Daddy Yankee, and the duo of history Wisin y Yandel, who have undoubtedly left a legacy in Latin music globally and With this song I want to maintain that legacy,” the Dominican singer said in a statement.

This single that serves as a prelude to the release of Natti Natasha’s next EP follows the line of the original reggaeton with a few touches of ripiao merengue, so as not to leave aside the artist’s Dominican roots. It is a subject to which the Los Angeles Times in Spanish had access in advance and to which we were able to determine that it is a very powerful proposal, where the urban diva reveals her skill and mastery of urban language, while Wisin y Yandel they give the proposal a twist and Yankee wraps it with his personal stamp when it comes to sharing his prose in front of the microphone.

What is particular about this song, unlike the proposals that currently flood the urban music scene, is that it is not something more of the same, but rather it is a tribute to the beginnings of the urban movement, something that the fans were already asking on the nets. But the most “brutal”, as the Puerto Ricans would say, is that it comes with a force raised to the maximum power because it is performed by one of the most representative artists in the current Latin music industry, who for the moment was forced to make a pause to live significant moments in her facet as a new mother and as a woman in love, which was used by other single figures on the scene and thus position themselves strongly after they all went hand in hand with her and whose names have a G in common. At the end of the day, they are all friends and mutual support strengthens women in the genre, whose pioneer was the “horse” Ivy Queen.

The theme is produced by his partner Raphy Pina, who, as everyone knows, is currently facing a legal process that keeps him deprived of his liberty. Wisin, DJ Luian and Mambo Kingz are part of the production link of this single that has managed to merge modern sounds with the sounds of what could be said of the “original version”, but in the end this proposal comes to please reggaeton fans who were asking for a theme of this nature to pay tribute to the legends of the genre.

“Mayor Than You” thus allows Natti to show her facet as a rebellious, provocative woman with an absolute ability to impose herself, it is not in vain that many consider her one of the most complete artists in the music industry by having the virtue to mold your voice to any genre. And together with the voice of these three monsters of reggaeton, the final result is totally explosive.

This release is the continuation of what was achieved with his album Nattividad, which he released in 2021 and Los Angeles Times en Español had the opportunity to listen to before it became the “most listened to album” on the different digital platforms on the planet. “before the sun rises”, “The Girls”, “Ram Pam Pam” (Together with Becky G), “Miami nights” and “Impossible Amor” were part of this proposal that also gave way to his leading role in the documentary series on the streaming platform Prime Video, “Everybody Loves Natti”.

Natti has had to work hard to get to this point and open doors for other Latin artists who are already established stars to cross them to impose their law in the midst of an urban world dominated by men. Now it is she who proposes a project that allows them to continue to shine at a time when they have decided to live new stages in their lives beyond the stage.