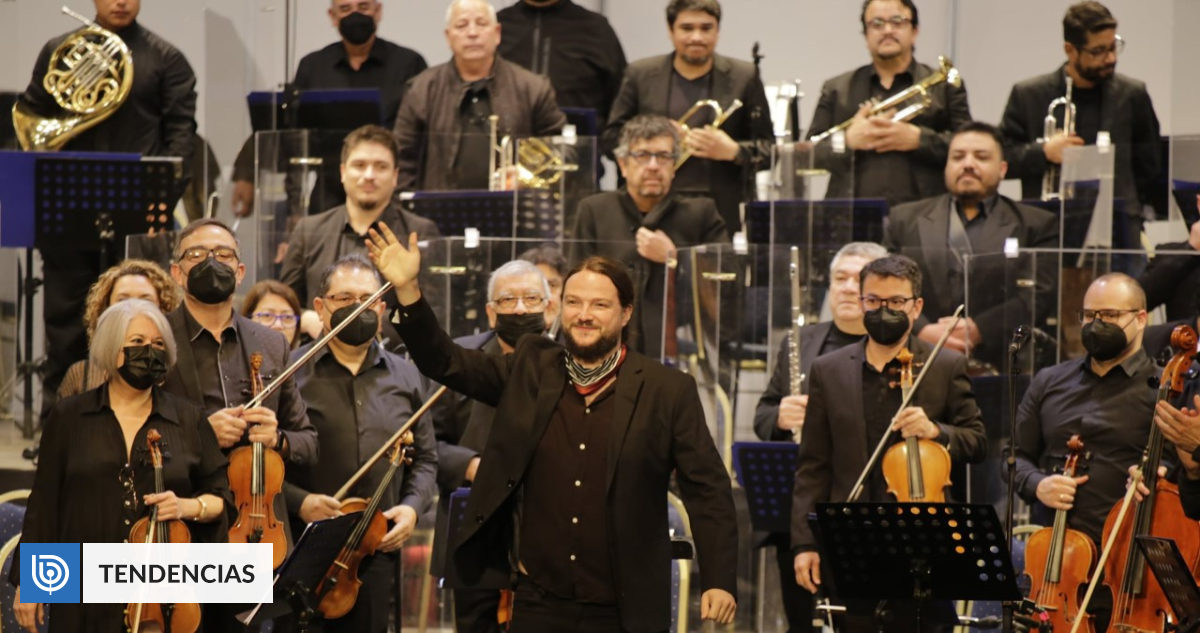 The singer-songwriter Nano Stern starred in an emotional concert at the Municipal Theater of Antofagasta, with his own songs and from the repertoire of the New Chilean Song, together with the Antofagasta Symphony Orchestra.

An artistic summit of Chile was lived in the Municipal Theater of Antofagasta. The concert “Songs with History” brought together the award-winning Chilean singer-songwriter Nano Stern with the Antofagasta Symphony Orchestra last Friday, in a day where emotion, nostalgia and musical excellence were mixed.

The spirit of the concert was to deliver to the public present in the theater, and to those who followed it via streaming (which had hundreds of people connected live), a selection of emblematic pieces from the national songbook, plus some of the most recognized songs by the guest musician. .

A musical menu that shone in the arrangements made for the occasion by Dalibor Yutronic and the orchestral direction of Christian Baeza.

The game was given by two Stern originals, “Tears of Gold and Silver” and “One thousand 500 turns”, which the soloist performed with feeling and conviction. He immediately delivered the beloved “Back at 17” from Violeta Parra, whose airs of melancholy did not leave the spectators indifferent.

“Nube” is another sensitive Stern creation, which the singer announced was inspired by a work by composer Arvo Pärt.

Emblematic figure of the New Chilean Song is Patricio Manns, currently going through a bad moment of health. He could not miss it, and he included “El Cautivo de Til Til”, which in symphonic format acquired operatic overtones due to its drama, and a sharp ending that drew ovation.

Another tribute was to the Uruguayan singer-songwriter Fernando Cabrera, whose song “I Hugged You at Night” was included, which although it is not widely known in Chile, captivated the public with its simplicity.

An immortal Chilean melody is “Los Momentos”, original of the group Los Blops, and signed by Eduardo Gatti. The connection between the musicians on stage and those present in the theater was total.

Followed immediately without pause, the fundamental Victor Jara, which Stern has recognized as one of his great influences, and the song “Manifesto” is a declaration of principles that the singer made his own, singing viscerally, with claw.

The group Marzipan he is responsible for the first musical experiences of several generations of children, and his “Carnavalito” was included as a special surprise for the formal closing, and the audience accompanied with clapping and singing.

As an encore, Stern delivered “For Cantores que Reflexionan” by Violeta, also wielding a violin, which was the first instrument the singer learned. Then, another of his own songs, “Great Gift”, chanted by presents, and also by musicians from the orchestra. The ovation was such that a second encore was necessary, and all the musicians on stage repeated “El Cautivo de Til Til”.

An emotional concert that will mark many who attended, especially the musicians of the OSA themselves, who expressed their satisfaction with what was done. But precisely they will already prepare for what will be a new challenge next month.

On October 8, the historic group prepares for another major event, “Carmina Burana”, but this time in the Croatia Park, at 20:00.

A season that is presented by Escondida | BHP and the Cultural Corporation of the Illustrious Municipality of Antofagasta, receiving the Cultural Donations Law.