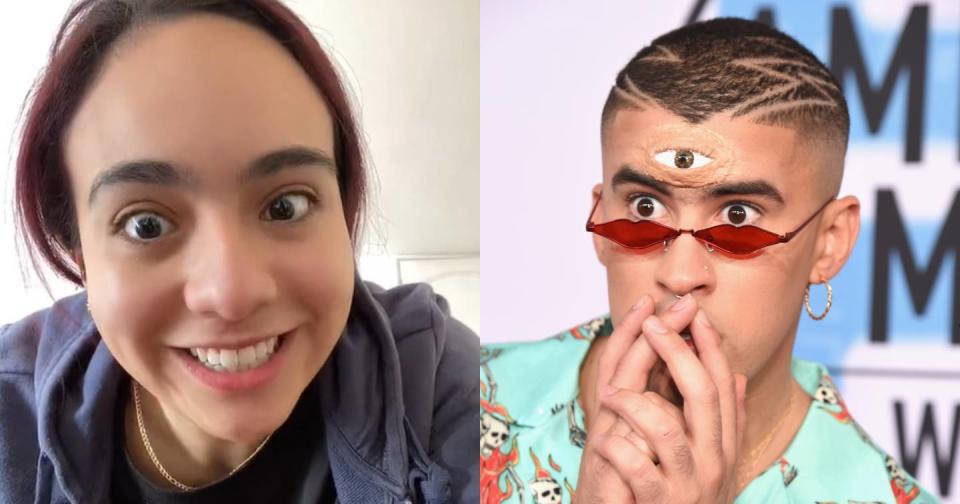 On October 13, Bad Bunny’s first concert was held at the National Stadium in Peru, so many of his fans were able to enjoy his show, except for the young influencer @iklea who that day discovered that someone else had used his tickets.

“My ex left me without Bad Bunny tickets. When I thought that you can no longer hold a grudge against someone, here you have me, ”said the woman, who explained that she had her digital tickets but had not nominated them, this was a requirement of Teleticket, the company that sells the tickets, which consisted of registering the name of the buyer so that the same person could attend the event and thus avoid resale.

The young woman, who is from El Salvador but lives in Peru, reported that she was going to the National Stadium to try to enter the concert, however, when she was there, she recorded herself and with teary eyes explained that they had not allowed her to enter.

Back home, he narrated what had happened: “I had bought tickets for Bad Bunny for $350 soles ($90 dollars), I didn’t spend much. It was in January, with my ex-partner, he bought the tickets from who he said was a friend of his, then we broke up and I had both digital tickets and he had the others.”

“Since the tickets are nominated, I said: ‘I have to nominate mine’, I paid for mine, nobody invited me and the girl who sold my ex’s tickets did not answer him or anything. I had to write to her and the woman washed her hands of her, she did not care at all, she lied to me that she did not buy them, that someone else did, ”he explained.

The influencer commented that she was angry with her ex-partner because she did not take the time to do something as simple as registering the tickets and then recounted what happened when she wanted to enter the stadium: “they scammed me, the tickets were already in someone else’s name. apparently they were nominated. I don’t know if these two, I don’t know if he came in or the other girl came in, but they all saw my face. Truly, if you do bad things, bad things will happen to you. I hope things go wrong for you, really.”

But @iklea was not the only one who paid to see Bad Bunny and did not see him, since Manuel Lozada, head of the Lima Police Region, reported that on the night of November 13, more than 3,000 false tickets were detected, he also said that Nearly 100 people had filed a complaint for the crime of fraud.

Scare to death: terror inside a bus when seeing a train approaching in Nuevo León, Mexico

“My ex left me without tickets for Bad Bunny”: young man recounts how he missed the reggaeton concert