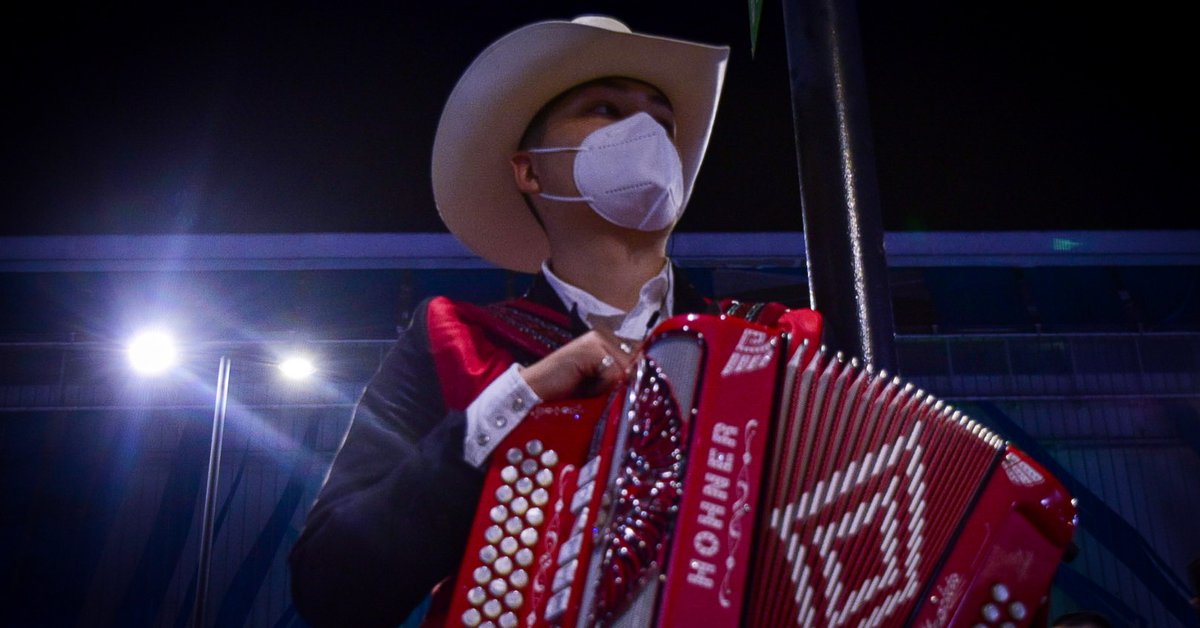 Between songs, dances and music the Musician’s Day this monday in the Garibaldi Square in Mexico City (CDMX): hundreds of mariachis were present at dawn today to sing to him “Las Mañanitas” to the virgin of Santa Cecilia.

Today the Musician’s Day, represented by the patron virgin of musicians, Santa Cecilia. Before the commemoration, the mariachis of Garibaldi Square gathered to celebrate with dances and music at 00:00 on November 22.

Violins, guitars, trumpets and vihuelas sounded at dawn to sing the traditional “Mañanitas” to Santa Cecilia. Later they played more musical arrangements, delighting the hundreds of spectators who attended the celebration.

The songs accompanied the people who were beginning with their day. The northern singers and mariachis, let the people who passed through the area as well as those who were intentionally to see the show listen to their music.

The Tourism Secretariat from Mexico City extended the invitation to the population to attend the Santa Cecilia 2021 festival, which will take place on November 21 and 22 from 5:00 p.m. in Plaza Garibaldi

“The Mexican Union of Mariachis invites you this November 21 and 22 to celebrate at the Santa Cecilia 2021 Festival. The appointment is in Plaza Garibaldi. Starting at 6:00 p.m. Let yourself be infected by the music and folklore of # México with traditional melodies. We will wait for you!”

The figure of the mariachi is important in Mexico: its popularity not only extends to the interior of the national territory, but also around the world. The Mexican ensembles initially started with musical contributions that indigenous peoples and Afro-Colombian populations provided, such as the cora, nahua, huichos and purepecha.

According to the ethnomusicologist, Jorge Arturo Chamorro Escalante, the creation of the figure of the mariachi could have occurred in the northeast of the country, placing the states of Michoacán, Colima, Jalisco and Nayarit as the main pioneers of such an emblematic Mexican character.

Through the years the tradition of looking for mariachis in Garibaldi Square has endured. For both events and parties, musical ensembles are available 24 hours a day throughout the year. Twenty years after the first mariachi was established “Cirilo Marmolejo” In Mexico City, Tenampa, the tradition of mariachis in being located in Plaza Garibaldi, has prevailed.

Currently hiring a group of mariachis costs around 3,000.00 to 3,500.00 pesos per hour. In the minimum group there are 7 members, of which the guitarrón, trumpets, violins, and vihuelas are played.

The Catholic Church commemorates every November 22 the death of this saint, a woman who is known to have a irresistible attraction to melodious chords of instruments and a sensitive and passionate spirit for the art of music. In 1594, the Papa Gregorio XIII named Santa Cecilia as the patron saint of musicians, this due to her love for music.

It is believed that Saint Cecilia began in the career of music playing what would probably be the lyre, the zither or some type of harp used by the ladies of Roman society. To this day, the Virgin of Santa Cecilia is generally represented playing a musical instrument or singing.

In photos: AMLO supporters receive him with banners and mariachis on his arrival at the UN
Brief history of Mariachi: Mexican music considered a World Heritage Site
The reason why the famous mariachi who accompanies Luis Miguel decided to distance himself from him