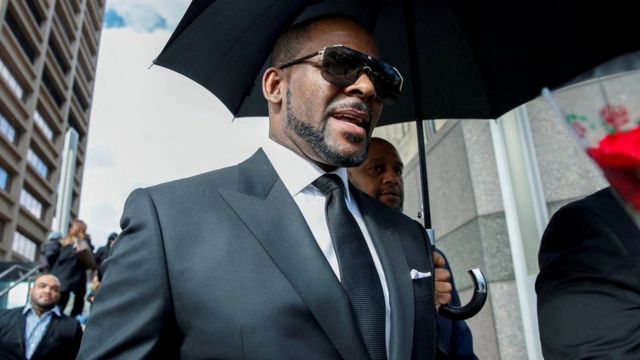 American singer R. Kelly was sentenced Wednesday to 30 years in prison, nine months after being found guilty of running a scheme for the sexual abuse of women and children.

In September of last year, a New York jury convicted the 55-year-old musician on one count of racketeering and eight more of sex trafficking.

The R&B star, born in Chicago as Robert Sylvester Kelly, has already spent close to three years behind bars.

During the trial he was confronted by the victims who accused him of sexual abuse over decades. He also faces criminal charges in three other cases that are still unsolved.

The singer, known for the successful songs I Believe I Can Fly and Ignition (Remix)was held responsible for being the ringleader of a violent and coercive scheme to attract women and minors and sexually abuse himayes

Jurors over six weeks in Brooklyn heard how he trafficked women between different US states, with the help of managers, security guards and other members of his entourage, for two decades.

The court also received evidence of how Kelly had illegally obtained documents to marry the singer. Aaliyah when she had 15 yearsin 1994, seven years before the singer died in a plane crash.

The birth certificate listed Aaliyah’s age as 18. The marriage was annulled months later.

Prosecutors said the musician showed “callous contempt” for his victims and no remorse.

“Indeed, the defendant’s decades of delinquency appear to have been fueled by narcissism and the belief that his musical talents absolved him of any need to adjust his behavior – no matter how predatory, harmful, humiliating or abusive towards others. to the restrictions of the law,” they said.

But his legal team argued that he was now “no longer a risk to the public” and deserved no more than the minimum sentence of a decade in prison.

In newly unsealed court documents, Kelly was portrayed as a “musical genius” who grew up poor in a home plagued by domestic violence, was sexually abused from a young age and thus became “hypersexual.”

Attorney Jennifer Bonjean added that her client is not a “one-dimensional sexually predatory monster” or a pedophile.

It is known that the time he has spent behind bars has been difficult, since suffered a beating by a fellow prisoner in 2020 and fell ill with covid-19 earlier this year.

The singer’s legal problems will continue in August, when he will be tried again in federal court, this time in Chicago, on trafficking in sexual images of children and obstruction of justice charges.

He also faces sexual abuse charges in state courts in Illinois and Minnesota.

Musician R. Kelly sentenced to 30 years in prison for sexual abuse of women and girls