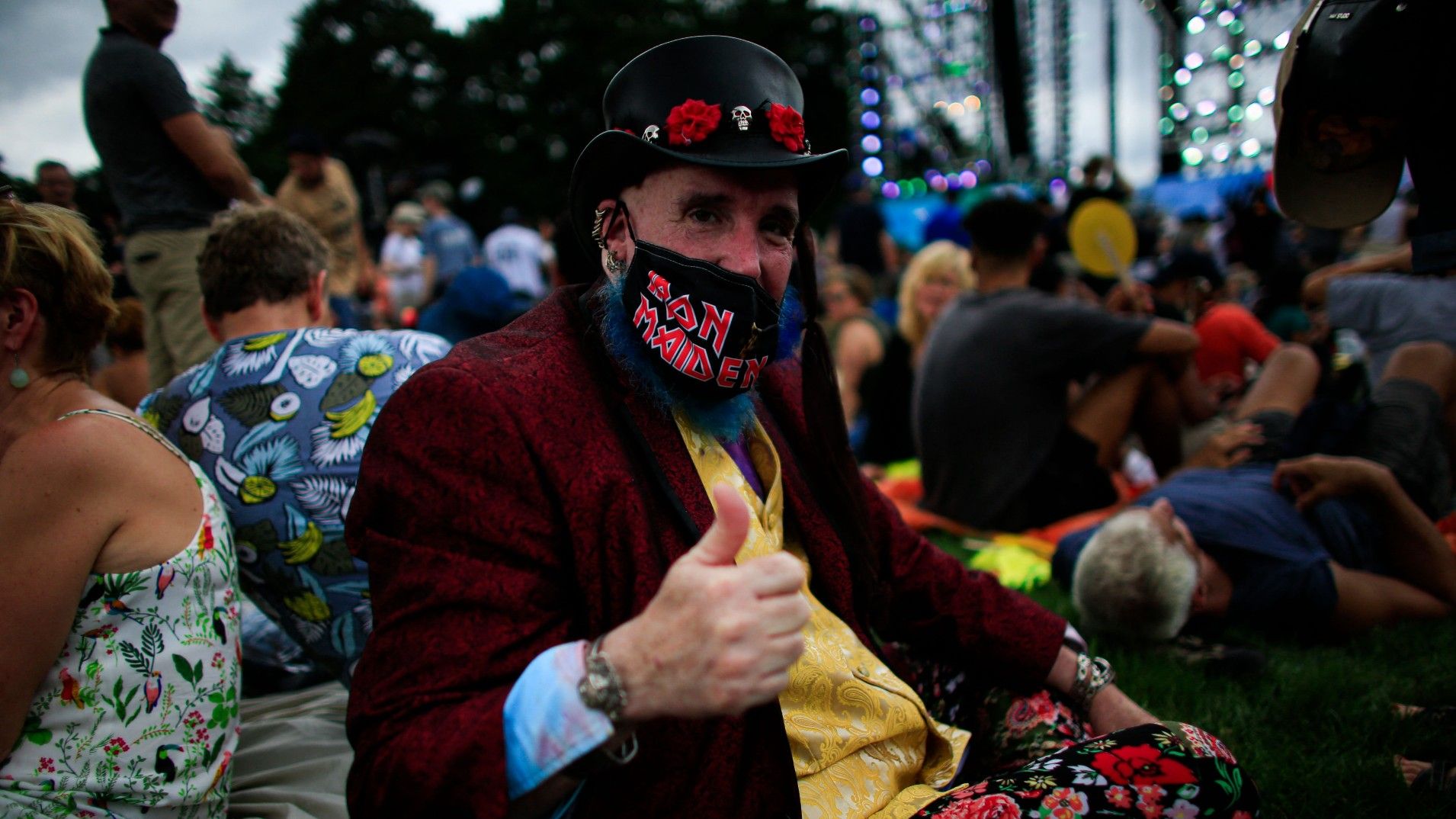 Tens of thousands of people vaccinated against the coronavirus, some with masks, others without, are already enjoying ‘WE LOVE NYC: The Homecoming Concert’, a massive concert which seeks to commemorate the resurgence of New York after the COVID-19 crisis. For at least five hours, attendees will enjoy the music from stars of all genres like: rock legends the size of Carlos Santana, Patti Smith, Bruce Springsteen or Elvis Costello, ‘indies’ groups like The Killers, the New York Philharmonic or the latin rhythms of Maluma, among others.

The music of the New York Philharmonic – in charge of opening the musical show – began to play around five in the afternoon (eleven at night in Spanish peninsular time), at which time the sun has also risen, but the 60,000 attendees they began to enter the park’s facilities two hours earlier. Although the audience is made up of all generations and races, they all have one thing in common; at least one dose, from Pfizer, Moderna, Johnson & Johnson, or AstraZeneca. Less those who can demonstrate that they cannot be vaccinated for health or religious reasons, since the anti-discrimination law protects them. However, these must show a negative coronavirus test and wear a mask during the event.

The free tickets for this event were distributed online and they quickly sold out. But those who were not lucky enough to get a ticket were able to buy VIP tickets of up to $ 4,000 (about 3,420 euros), the most expensive to access the “Golden VIP” section of the space.

The selection from the long list of stars that participate this Saturday in the concert has been the result of the famous music producer Clive Davis together with the Live Nation company. In addition to artists like Andrea Bocelli, Wyclef Jean, Barry Manilow, Cynthia Erivo, Earth, Wind & Fire, Jennifer Hudson, LL COOL J, among others, the party has a touch of humor with the comics Jimmy Fallon, Gayle King y Don Lemon.

Both artists and assistants hope tropical storm Henri won’t splash the event, as the National Hurricane Center (NHC) issued a hurricane and storm surge warning for New York and the New England coast on Friday. In principle, this would not be the case since the hurricane warning is only for the south coast of Long Island and not for Manhattan.

Summer convulsed by the delta variant

Although the city entered the summer with great optimism regarding the fight against the coronavirus, the irruption of the delta variant has partially clouded the merry-go-round atmosphere. At the end of July, the Centers for Disease Control and Prevention CDC again recommended the use of masks for both vaccinated and unvaccinated indoors in areas with high or medium cases of covid-19, a list in which it is found the city of the Empire State. However, according to the regulations, a mask is not a requirement in open spaces for those vaccinated.

The open-air festival in Watershed (Washington), which was held from July 30 to August 1 and in which 20,000 people participated, who were not asked for either PCR or vaccination, provoke at least 210 cases of covid-19, according to the Grant County Health District. In the one in Lollapalooza, which was held the same weekend in Chicago and in which the 385,000 attendees had to show either a vaccination test or a negative coronavirus test, there were 203 cases, as announced by the Public Health Commissioner of Chicago on August 12.