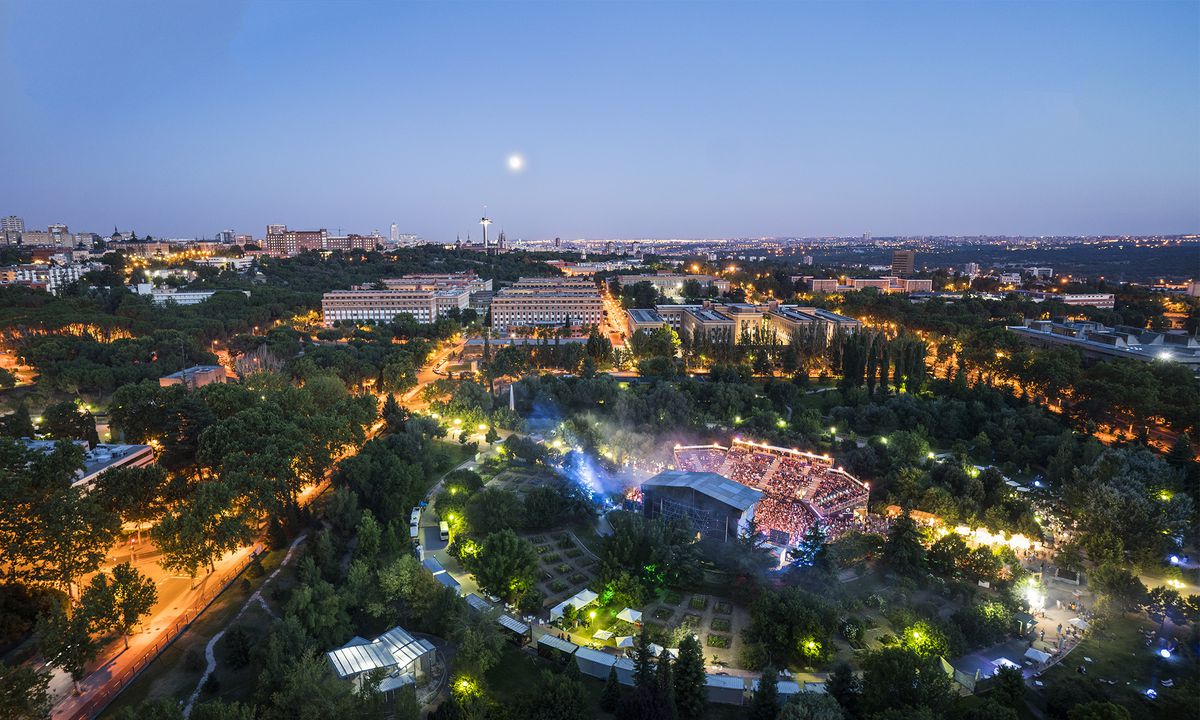 It is difficult to imagine that in the very near future there will be large masses of people crowded in front of a stage jumping to the rhythm of the music. However, the main music festivals from the Community of Madrid will return this summer, with masks and distance. The Botanical Nights or DCODE they return trying to keep most of their postponed poster from last year. The promoters of the Push Play Festival show the same optimism, a new series of concerts that will be held this July at the Madrid Hippodrome for the first time. And so, half a dozen more events – some yet to be confirmed – claim to be the soundtrack of the Madrid summer in 2021. In addition, the Tomavistas, which has once again postponed its sixth edition, now until 2022, maintains the mark for times of coronavirus, the TomavistasExtra, whose programming starts this weekend.

Howls of punk and feminism for the town square

The financial commitment involved in insuring artists and venues has been a leap of faith for everyone, as the changing epidemiological situation makes it difficult to set long-term plans without guarantees. Many have allowed last year’s tickets to remain valid and all ensure that current ones will be refundable in case of cancellation. Although they trust that that does not happen. The conditions stipulated in health matters at this point are predictable: limited capacity, guarantee minimum safety distances between attendees, hydroalcoholic gel, masks. With the end of the state of alarm, on May 9, they see the last step for the realization of events that have been progressing slowly for more than a year.

The organizer of Push Play, Belén Polanco, has prepared this project since before the pandemic. “On a visit to the racetrack a few years ago we saw the potential of the space to hold a festival. It is a beautiful place with a privileged view of the skyline from Madrid. We thought that if it was done well we could offer a great experience ”, says the organizer.

Polanco had experience in music and audiovisual production, but not as an event promoter, so this has been a particularly rough apprenticeship. Even so, it has managed to close the festival, which will be held on July 2, 9, 16 and 20, and will feature the participation of José Mercé, Marta Soto, Míriam Rodríguez, India Martínez and la Oreja de Van Gogh.

Although devised for the pre-pandemic world, the Push Play concept fits well in the context of the coronavirus. Although there are tickets for around 50 euros, a price similar to that of other concerts, a large part of the venue is reserved for the VIP public with special ticket packages, so maintaining distances will not be difficult. In fact, fully enjoying the space is part of the experience. In addition, they assure that there will also be a rich gastronomic offer with the participation of some of the best restaurants in Madrid, which will be announced soon.

The summer festival Nights of the Botanical — from June 11 to July 31 — also boasts of being an experience more than mere concerts; and in the pandemic edition, which will be the fifth, more emphasis is placed on it. The co-director, Ramón Martín, argues that this difference means that the limitations of the pandemic affect the expectations of his audience less than those of other festivals. “The most important thing here is that the venue is spectacular. There are trees, a lawn that we invite you to enjoy without shoes, about four degrees of temperature difference with the city and all within a 10-minute walk from Moncloa. In addition, we handle many genres, in fact many of our concerts, especially jazz ones, we used to do sitting down. The point is to enjoy the music and the atmosphere ”, explains Martín.

Precisely the big difference this year all concerts will be held with a seated audience, regardless of the musical genre of the artist. The variety, however, remains, with artists as diverse as Nathy Peluso, Love of Lesbian, El Cigala and up to 45 other artists. In addition, the organizers have achieved that the Royal Alfonso XVIII Botanical Garden practically doubled the space open to the public of the festival – to reach almost 30,000 square meters -, at the same time that they have reduced the capacity of each night to 2,000, when before there used to be 4,000. They will also open the doors two hours earlier than normal, at seven in the afternoon, in order to avoid unnecessary crowds and encourage the public to enjoy the environment by eating or drinking before the start of the concerts.

Like the Botanical Nights, DCODE’s 10th (+1) anniversary will close the concert season on September 10 and 11, with Queens of the Stone Age and Vetusta Morla topping the bill. Unless the pandemic takes an unexpected turn in the next few weeks, the hot summer nights in Madrid will once again have music.

THE YEAR OF NATIONAL ARTISTS (OR VACCINES)

Border restrictions are already part of the reality for anyone who has wanted to travel from one country to another for months. In some countries quarantines are required, in others multiple covid tests, before and after traveling, and some more are closed to visitors from certain others without conditions. Ramón Martín explains that this has meant that many international groups that usually travel with teams made up of dozens of people have postponed their tours for logistical reasons. Consequently, festivals have had to adapt, signing more national artists for whom mobility is easier or international artists with smaller crews. The exception is the North American bands, who are planning the tours with relative normality, since almost all of them are already vaccinated.