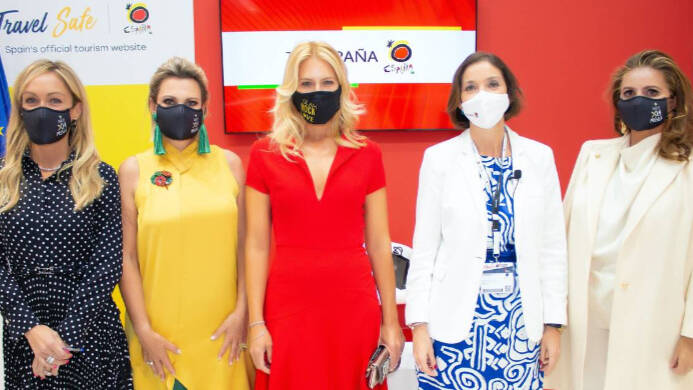 Every year more than 1,000 music festivals are held in Spain, and their impact is not only economic. Music is a catalyst for tourism and Starlite is the best example of a successful model.

Spain urgently needs to recover the tourist pulse, and we are facing the possibility of doing so with quality tourism that needs bets beyond the sun and beach for which we are so recognized. In this scenario, music is an ally of enormous value, since our country is the first tourist destination for festivals, and in 2019 had a turnover of up to 420 million euros through ticket sales.

The most representative of all of them is, Starlite Catalana Occidente, which has become a catalyst for tourism that makes it, year after year, a driver of the economy of the area. Precisely, this has been the topic that has been dealt with in the round table “Music as a catalyst for Tourism” celebrated in Fitur. In this meeting they have met Reyes Maroto, Minister of Industry, Commerce and Tourism; Sandra Garcia-Sanjuán, president of the Starlite Group; the most international Spanish soprano, Ainhoa ​​Arteta; Y Valeria Mazza, the first supermodel in Latin America, who also travels to the Costa del Sol every summer for the last nine years with his family to attend the festival.

Music plays a fundamental role in the leisure sector, specifically festivals and live performances, in the economy and tourism in our country, and that is why the minister Reyes Maroto He wanted to take the opportunity to declare his intention to place music at the center of our tourism model and of the reactivation: “We are here because from Turespaña we want to be a speaker of the diversity of our tourism product with music, which is the happiness industry”, to which he later added: “I want to thank Sandra for taking on the challenge of making Starlite Catalana Occidente 2020. I supported her and I think it was necessary because emotionally we needed to meet again after such harsh confinement”.

For its part, Sandra Garcia-Sanjuán stated his intention of making Spain the number one reference and a great world destination for music: “What better way to convey emotions than music, which is a universal language that everyone understands and feels. Our commitment is undoubtedly musical tourism to turn our country into a benchmark where all national and international artists want to be. The great objective of my husband and mine is that music becomes the great flag of Spain “. In a private breakfast with the press, the promoter has confessed that she trusts that in summer they can enjoy 100% capacity thanks to the advances in vaccination and the recently presented “Covid passport”.

The large economic numbers that this industry mobilizes are also important for their emotional contribution: “Music creates and feeds emotions, and emotions move the world.” The soprano Ainhoa ​​Arteta wanted to highlight the virtues that a country like Spain possesses, stating that “Music attracts quality tourism and Spain is a country with great festivals. This pandemic has made us wake up and realize that we have a country that is a gift “. Arteta also defended with Valeria Mazza the importance of art and culture, ensuring that cultural evolution, far from being frivolous, is closely linked to the emotional evolution of the human being. The supermodel, as a consumer of music tourism, also revealed that since she met Starlite Catalana Occidente for the first time ten years ago, both she and her family were amazed and for them today is a mandatory summer date.

According to the latest study by PwC, Every year they are celebrated in Spain around 1,000 festivals Y the economic impact generated is around 5,600 million euros. In addition, Spain is the first tourist destination for festivals, leading the top 3 the communities of Catalonia, Andalusia Y Madrid, which in 2019 hosted the Four. Five% of the festivals held.

That same year, live music attracted more than 28 million viewers to Spain in search of an immersive experience, generating a turnover of up to 420 million euros. Of that bulk of assistance, at least five million are foreign people, that spend an average of 300 euros generating an economic impact of more than 1,500 million euros. These figures, from the two years prior to the pandemic, represent an increase of 24% compared to the income generated in 2017 and represent an upward trend that has been going on for five years in a row. In addition, this industry generates in our country more than 300,000 jobs direct and indirect, thus promoting economic growth. Globally, live music generated $ 29 billion in 2019, and is expected to reach $ 31.1 billion in 2024.

Festivals have become the main form of live music consumption in Spain, outnumbering those of motorcycling or football. The growth of tourism as a result of the birth of new festivals and live music around the world is an obvious fact. It is one of the most dynamic segments within the tourism market. Starlite Catalana Occidente plays a fundamental role in this sector, generating 1,000 jobs each year and having received more than a million visitors from 72 nationalities in its history. It is a project that each year exceeds 186 million euros of economic impact on the Costa del Sol and 43 million euros of return in media coverage.

This event was held within the framework of Fitur, where on Wednesday he also presented Starlite Catalana Occidente 2021 in a meeting with the press where we could see Sandra Garcia-Sanjuán Y Javier Bernaldo de Quirós, Managing Director of Starlite Catalana Occidente, accompanied by the Mayor of Marbella, Maria Angeles Muñoz, who wanted to join in the recognition for the effort of celebrating the festival for a decade without interruption and proudly announcing that “the Marbella city council will bring to the local government board a proposal for Starlite Catalana Occidente to continue another ten years in the Nagüeles quarry ” to which he added: “Starlite is a brand in Marbella. They started ten years ago with a beautiful project in the quarry and, ten years later, we can say that the promotion and projection of what Starlite and Marbella mean to the world is unmatched ”.