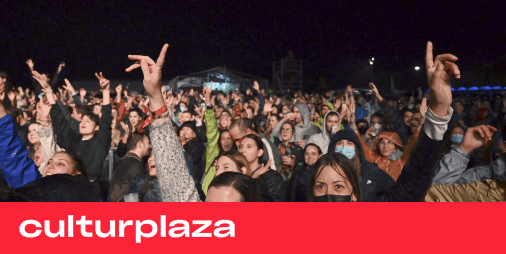 VALENCIA. 2022 begins and with it what seems to be the true recovery of that economic engine of the cultural industry that are music festivals. Since March 2020, they have lived an odyssey to celebrate the format they promised for the summer of that year without knowing the pandemic that would come. After more than a year and a half of cancellations and postponements, only a few were ever celebrated during the fall months. Now, the context is different: those that have not come to fruition have finally chosen to return the tickets and those that have done so also start for next year. 2022 is the reunion of the promoters with the public.

In this sense, industry sources point out that they see the context “with more hope” because “the format has already been tested and works.” They have always defended that live music has not had an impact on the coronavirus and on their logistical capacity to implement the protocols that Health tells them, as long as the public can dance and stand. The different substitutes, which worked to a lesser or greater extent, failed to do more than muddle through to continue working. Luis Oscar Garcia, president of FEVIM, explained it like this in an interview in Cultureplaza in August: “There are many companies that have done very little since March 2020. As the summer was supposed to be better, companies took risks that have been very important because they had lost their backs for many months. That has been difficult and it is going very badly ”.

In any case, and despite this sixth wave, it does not seem that the format of people is in danger this year. It seems like a point of no-return that would ensure a certain legal certainty for festivals, that of —except for disaster— to be held.

New stage of the FIB and the Rototom format

New year and new opportunity to open a stage for him FIB, which since he turned twenty-five in 2019 has not been able to be celebrated by the hand of its new owners, The Music Republic. The Benicàssim macrofestival will be renewed by the Valencian brand in July of this year and will be accompanied by artists already announced such as Kasabian, Justice, Lost Frequencies or Nathy Peluso. For this, the promoter will use similar wickers and strategies as those it has been using over the years in other of its successful brands such as Arenal. Thus, the FIB offers tickets for a much cheaper price with the clear purpose of attracting a wider and adolescent audience. Indeed, it has gone from some tickets that in its last edition cost 155 euros, to some tickets for sale for 60 euros (the four days included).

Now, although in neither of the two cases will this be the final cost of the experience -to this must be added transportation, camping and what is consumed inside-, the new FIB offers for sale different “supplements” that even now they were included in any entry. For example, no matter how much subscription one has -even the vip-, the spectator will have to pay to leave and re-enter the venue. Ten euros per day, which can cost whoever goes to all the days about forty euros. So is this an affordable festival or not?

Anyway, in addition to prices that can be considered confusing, the FIB has the challenge of getting off the ground and getting away from its little ‘brother’ Arenal, with whom it shares an increasingly similar audience. With a poster made up of Recycled J, C. Tangana or La La Love You (who visits both appointments), the Burriana festival put on sale in September some tickets for 40 euros that expired after a few hours.

And what will become of Rototom? The other macro-festival that has been accompanying summers in Castellón for years, also hopes to return this year and has put on sale tickets for an edition that will feature Julian Marley, Barrington Levy or Morodo. However, one of the biggest unknowns is how the reggae festival will return, which has made it clear on more than one occasion that what it offers inside is not only a series of concerts. Filippo Giunta said after announcing the cancellation of the last edition that there cannot be a Rototom with a safety distance, because “it contradicts its essence”. And although this problem has already been solved with the SanSan or the Les Arts festival, which could be held without chairs and with total mobility, the escalation of infections caused by the omicron variant could lead to the return of old restrictions or to be avoided at all coast common areas such as camping. And this is another of Rototom’s hallmarks. “We cannot invite our audience to a one or two night concert and then what do they do? Where do they go? The soul of the festival is missing”, pointed to Castellón Plaza, the Director of Communication, Claudio Giust, the last summer.

The Festivern it was going to be another litmus test, being a festival with camping and a lot of social interaction in a natural way. The sixth wave has canceled it, and the experiment has not yet happened. It is the leg that remains to be known, the great unknown to be solved this summer: the campsites. Will there be specific legislation for these? How do you control a living space with the rules of leisure? In principle, the legislation seems to be on the side of the festivals as it is a kind of legal loophole, but many of the festivals (from Viñarock to Arenal Sound itself) depend on it.

The explosion of urban festivals

For all these reasons, the format that has exploded the most during these two pandemic years, and that will be clearly noticed in 2022, are urban festivals. Musical appointments that do not depend on camping areas and that are sold as a tourist engine for the cities. Valencia is already experiencing a boom in this type of festival, and will premiere the Diversity, and the Valencia Flow Fest. In addition, they already have a reserved agenda for Love to Rock, Les Arts Festival, Love the 90’s or Big Sound, among others.

From being a festival desert, the Valencian capital has become an epicenter thanks to the exploitation of venues such as Marina Sur or CACSA. The Casal España Arena de València, scheduled for 2023, hopes to transform these specific appointments into a venue that has regular programming of large concerts. And meanwhile, the musical winter of the city continues, in which the concert halls notice how the public retreats during these months and is extinguishing the day-to-day flame of live music.

Music festivals face 2022 hopeful but with unknowns to solve