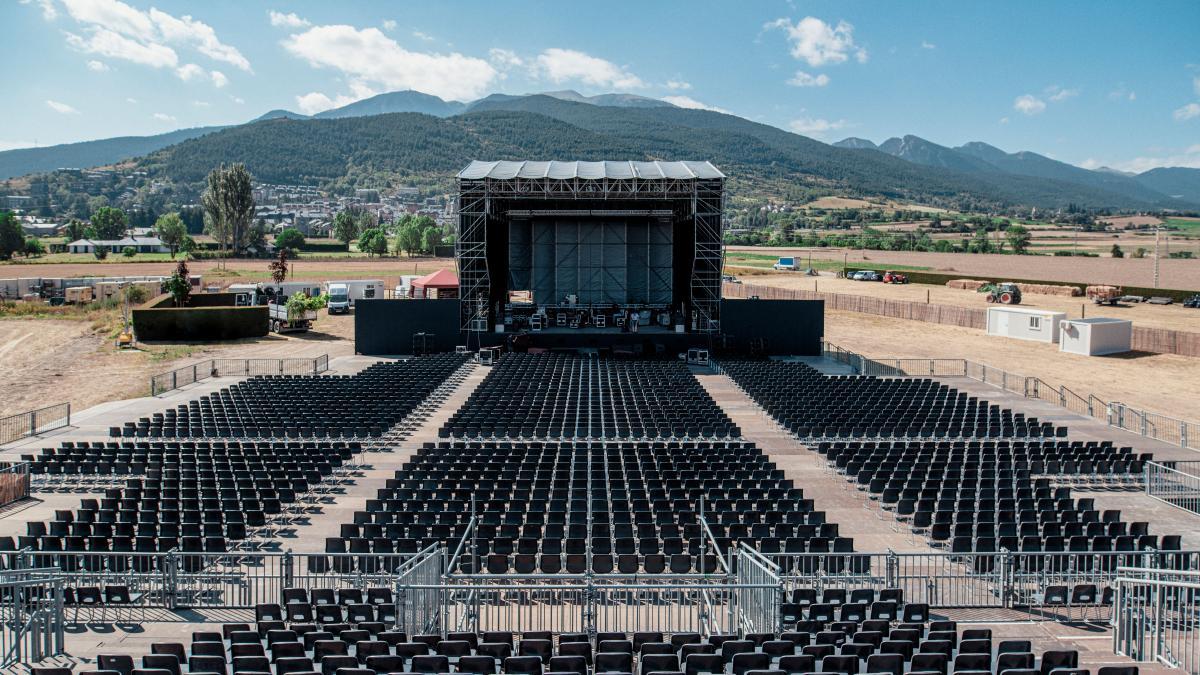 Today the Cerdanya Music Festival starts its journey as the new appointment of the Catalan musical summer. And it does so with a poster of names that are contrasted and popular in their different fields, such as the Gipsy Kings by André Reyes, in charge of raising the curtain tonight from 9:00 p.m. in the town of Alp. Love of Lesbian will download it on the 23rd of this month. The subscribers of The vanguard has a 10% discount in the price of the tickets, as long as they buy them on the Vanguard Tickets page

It is in this town of La Cerdanya where the festival will take place, not only this year but in successive editions, if the expectations set by the promoter Concert Studio are met. The good harmony in general and the excellent attitude of the Alp City Council invites optimism.

The also organizer of festivals such as the one in Jardins de Pedralbes seeks to reproduce the model of this last call in a very different geographical setting and with a mostly vacationing public. A model that is based on the qualitative standard of the poster and on taking care of the public in a special way, as can be seen in the existence of a large Village, with a gastronomic offer where quality and proximity will be combined (Creperia La Capibara, Makito Go, Sauleda, Ca l’Eudald Carlit, Alp BBQ and Pizzaklam). Or in offering a huge and comfortable private parking area.

The doors of the large venue located on the road from Alp to its aerodrome (closer to the town than to it) will open every concert day at 6.30 pm. The Village area will also have its own stage where a first concert will be offered every day at 7.30pm. The idea is that the main concerts start at 9:00 p.m., and it is estimated that in general they do not last beyond an hour and three quarters at the most. This will allow attendees to enjoy the Village in all its aspects –dj included– and starting at midnight begin to remind the public that they have to start thinking about leaving. At one o’clock in the morning no one has to be left in the vast 58,000-square-meter estate where the festival is located.

The musical offer itself will run from today until the 23rd of this month of August with a dozen proposals. After the aforementioned Gipsy Kings by André Reyes (not the Gipsy Kings featuring Nicolas Reyes and Tonino Baliardo, which could be seen in Pedralbes two summers ago), Aitana (13), Morat (14), Sopa de Cabra (17) will perform. , Nathy Peluso (18), Rosario (19), Manel (20), Hombres G (21), Miguel Ríos & The Black Betty Trio (22) and, finally, Love of Lesbian (23). The organization reports yesterday that the sold out it is practically safe in the concerts of Aitana, Hombres G, Rosario and Sopa de Cabra.

In this auditorium erected for the occasion and which is considered the largest open-air auditorium ever made in Catalonia, there are around 2,800 seats available, of which around 1,700 will be occupied, for health reasons. At the moment of the 18,000 tickets put on sale (of the 19,000 existing ones), 65 percent has already been sold, although they hope to sell 80% of the paper.

To the already established names mentioned above, we must add the concerts that will be offered every day in the Village, where the bet is aimed at emerging artists and groups from the Catalan scene and some from the rest of Spain: Los Antonios, Cece June, Íñigo Andión, Luand, Kuqui Alegre, Ángeles Arboleda, Zulabard, Ciao Marina, Clara Gispert and Andrea Santiago from Navarra.

Finally: from the festival management they assure that this week no rains are expected, at most some in the afternoon, and the temperatures will be very good at night these two weeks.