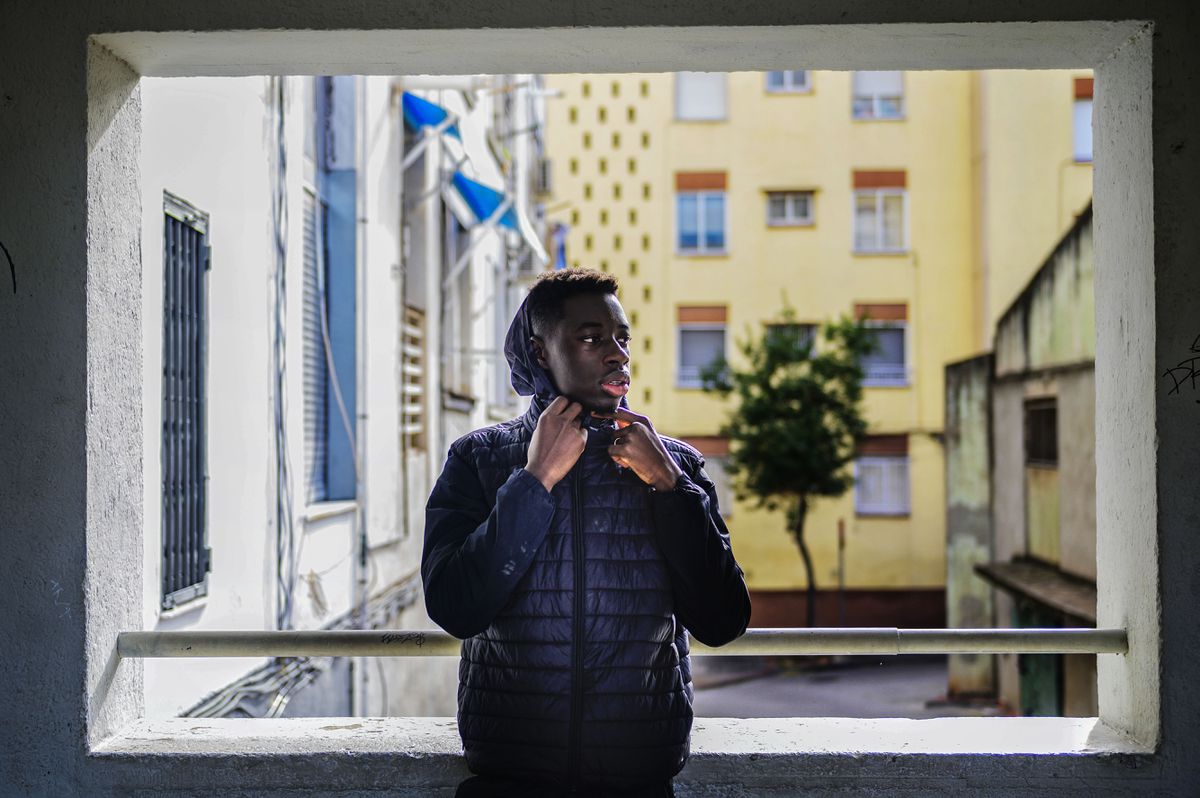 When, at the age of 14, Munic began to reflect in the songs that he wrote all his frustrations and personal problems, he did not imagine that he would have an audience willing to listen to them. Trap, that genre mixes others like rap, hip hop and dubstep, was for him his escape valve, a catharsis in which everything that was inside came to the surface and that he did not know how to express otherwise.

He started getting serious about his music career a year and a half ago, when he discovered that 3,000 people had shared on YouTube Coco, Her first single, in a matter of minutes via social media: “It was a revelation. I told myself that I had to push myself to make this real, ”he says. So much so that in a matter of months it accumulates 25,000 followers on Instagram, 2.5 million views on YouTube and 115,000 listeners on Spotify. In addition, he also gives training workshops for newcomers to the trap and studies a few oppositions to be a public official, one of his main concerns since he was a child.

But he knows that his way here would have been a very different one if he had not had two opportunities that were his lever of change: the help of his monitors in the Playroom Margarita Bedós (Sabadell, Barcelona) and the support of CaixaProInfancia, a social program of the la Caixa Foundation that collaborates with more than 400 entities in Spain to generate future opportunities for children living in poverty and social exclusion. “My life would not be the same if I had not gone through the Ludo [Ludoteca Margarita Bedós], but my attitude does. Thanks to my mother I have always had a smile on, ”he says.

Munic began to attend this pedagogical center as a baby, together with his two older brothers, Fatou, 21, now an assistant at the General Hospital of Barcelona, ​​and Ismael, 20, a geroculturist in a nursing home. When leaving school, Munic spent three afternoons a week playing, doing field trips, workshops, group dynamics and crafts. He remembers with special fondness his time in Ludojove, a space open to young people between 12 and 20 years old that offers leisure and alternative plans to adolescents. “There I met incredible people. I was the youngest of the group, so because of my age I didn’t have to be with them “, remember. He acknowledges that what he most admired was “his attitude in the face of adversity, his desire to change things and his help and contribution to others.”

Now, two years after his departure, he affirms without hesitation that the values ​​he has are owed to his mother and the educators he met there: “My brothers and I were born in Spain, but our parents are from the Gambia. I have never been to Africa, but thanks to Ludo I learned what diversity is and tolerate the different ”, he affirms convinced. For him, empathy, respect and companionship are fundamental aspects of the human being and it has been “the greatest thing” that he takes from his time at the toy library.

A program to break the cycle of poverty

Despite the difficulties and a precarious situation, Munic has managed to get ahead. It would not have been possible if it had not also had the help of CaixaProInfancia, a social program that comprehensively supports and accompanies families with children between 0 and 18 years of age in a situation of social exclusion: “It is important to admit the state in the one you meet, be aware that you have a problem and ask for help. You can’t do it all alone, ”Munic argues.

The main objective is to provide a future for all children without any horizon of opportunities. A scourge that has worsened during the pandemic and that has widened the inequality gap among the most vulnerable. According to Albert Rodríguez, director of the program: “Thanks to a network of collaborating entities and their coordination with social services, educational centers and health professionals, We constantly monitor each family, accompanying it in all areas: school reinforcement, leisure and free time, educational workshops, psychotherapy and child nutrition and hygiene ”.

This year they have attended more than 38,000 families, already more than 191,000 since 2007: “There are 2.2 million minors below the poverty line in Spain, that is why we allocate so many resources in those territories where, based on sociodemographic data, we identify greater difficulties”, explains Albert Rodríguez.

The involvement of families is essential to get out of their situation as soon as possible: “We draw itineraries for families who, based on their joint responsibility, show a willingness and desire to move forward,” says Rodríguez. And that was the case with Munic. As this young man confesses trapero: “It is not by throwing me flowers, but I think I have achieved it. It is a real success story. What is important to me for someone else may not be, but I am proud to be where I am ”.

Now that music is not only his outlet, Munic wants to use it so that people “see my essence, who I really am.” He claims that his lyrics are his story from the past and a reflection of his state of mind. An example is his Sofrito theme, which has more than 1.5 million views on YouTube:

I keep showing the style and talent

that I have achieved with very hard work.

I’ve gone from believing that I had nothing

to have everything you need.

But Munic’s commitment goes beyond his lyrics. Nowadays teaches trap classes as a volunteer in training workshops offered by the City Council of Sabadell for new fans of this musical genre: “I am a teacher thanks to a contact from the Ludoteca who recommended my profile. Now I just want to return the favor by teaching others, because that’s what they did to me, ”she is sincere.

His love of football has also taught him perseverance. He started without knowing just how to catch a ball, and now he plays in the series A of the Spanish Federation and trains fingerlings and youngest children three days a week: “This sport drives me towards the goal I aspire to, even on the harshest days. In those moments is when you progress and learn the most. If you fight for something when you are bad, imagine how you will do it when you are good ”, he reflects.

Munic looks to the future with determination and will. Nothing is written for this young man more than the determination to succeed in music and a total dedication to achieve that dream. If he does not succeed at least, he says with his wide smile, that he will have a clear conscience because it will not be because he did not try.

Munic, the young man redeemed by the trap