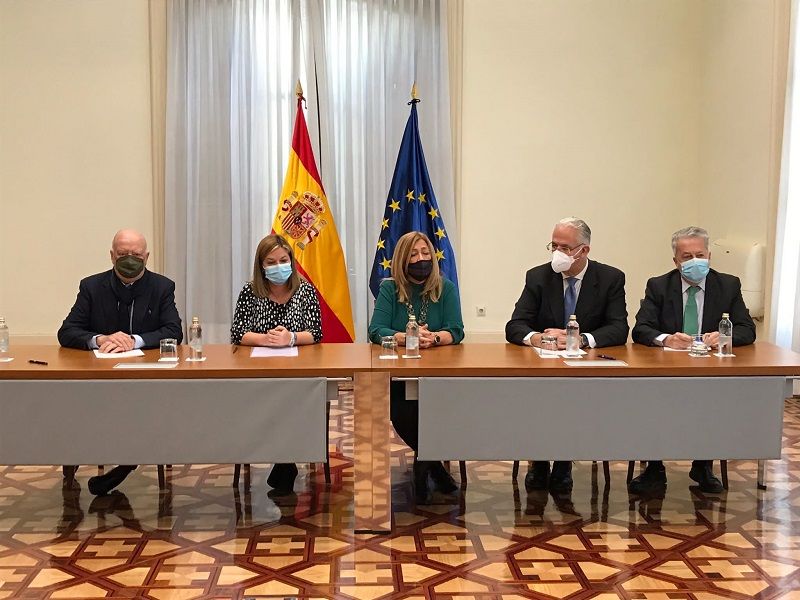 The Secretary of State for Public Function, Lidia Sánchez Milan, has presided over the act in which the new health care agreements of the General Mutual Fund for Civil Servants of the State (MUFACE) were signed, for the years 2022 to 2024.

These agreements were signed by the general director of MUFACE, Myriam Pallarés, and the representatives of the insurers Asisa, Adeslas and DKV. One of the novelties that they have is their three-year duration, which, according to the Secretary of State for Public Function, guarantees the stability of the model.

The total amount of the contracting for this period amounts to 3,571 million euros, a figure that certifies the budget sufficiency, the recovery of the quality levels demanded by the mutualists and the incorporation of the new services with which the Government is completing the common portfolio of the health system. Among the latter, there is assisted reproduction for single women, lesbians and bisexuals, also including transgender people.

These concerts contemplate an incremental premium that will reach 10 percent in the last year of its validity, that is, in 2024. With this, the sustainability of the model is preserved and the increase in cost that the health sector will register in this period can be addressed . With all these measures, quality health coverage is guaranteed for the 1.1 million civil servants who provide their service in Spain and the 7,000 assigned to 123 countries.

For its part, the Central Trade Union Independent and Officials (CSIF) it stated that it will monitor the publication of the medical charts of the three companies that signed the Muface 2022-24 health agreement, to “check that the medical charts and quality of care are not reduced.” As claimed, the Ministry of Finance renewed, last September, the agreement with health insurers, with a fund of 3,571 million euros.

However, this union views “with concern that the budget allocated to the concert is not enough to compensate for the marginalization that the entity has suffered when dealing with Covid-19”. In this sense, it recalls that “while Since the autonomous communities received 16,000 million euros to adapt their health care to the pandemic, Muface did not see his budget modified so that the health care of mutualists could also face the consequences of the virus. “