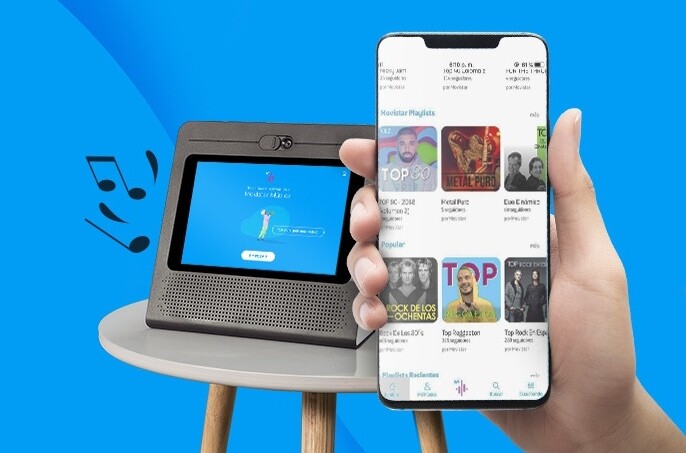 Telefónica launches Movistar Música in Spain, a new music streaming service to compete against Spotify, Tidal, Apple Music or Amazon Music. After testing it in Latin America, the new service is launched in our country with several subscription options.

Movistar Música will be available for Movistar customers for 9.99 euros per month, but a weekly subscription of 3.34 euros is also offered. This is what Telefónica’s music service offers, another step forward in its commitment to audiovisual content. 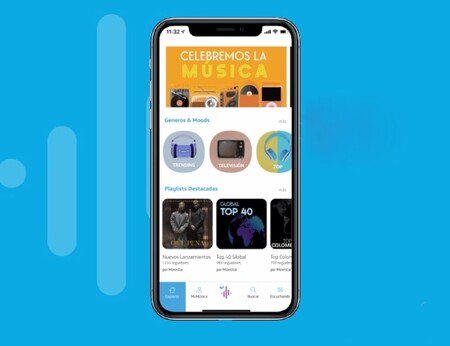 Movistar Music is available for Android e iOS. We have one own app from where you can access the catalog of 50 million songs offered by Telefónica. It is an equivalent level in number with Amazon, although below Spotify with 70 million.

The service can be used in two modalities, one Lite and one Premium. In the Lite mode, only available in Spain, you will be able to access some 5,000 playlists selected by experts. It costs 4.99 euros per month and the user can download the top 40 and up to 5 playlists each week without advertising or skip limits.

You will also be able to access sections of videos, news, contests, raffles, interviews and exclusive meetings with the artists. Additional material with which Movistar will try to offer that extra point with respect to the listening service itself. 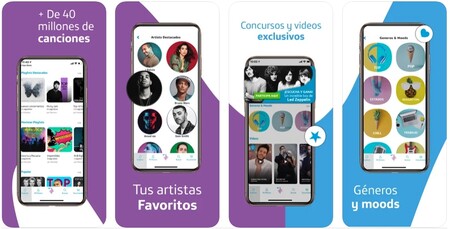 In the Premium mode, with the monthly and weekly subscription, we can access the complete catalog, create playlist and download songs offline.

Movistar Home users will have this service free of charge. They will also have 30 music stations updated daily, divided by genres and themes.

Telefónica will integrate this service within your platform and virtual assistant Aura, so it will also be accessible by voice on compatible devices.

This is not the first time that Telefónica has used the Movistar Música brand. On 2007 the operator launched a brand to encompass mobile phones that included MP3. Nor is it the first music streaming service, because in 2012 together with Terra they launched the Sonora service. Several years later, Movistar returns to the music sector with a new proposal. A complete streaming service to try to offer one more alternative to Spotify, Amazon, Apple and the rest of the companies.