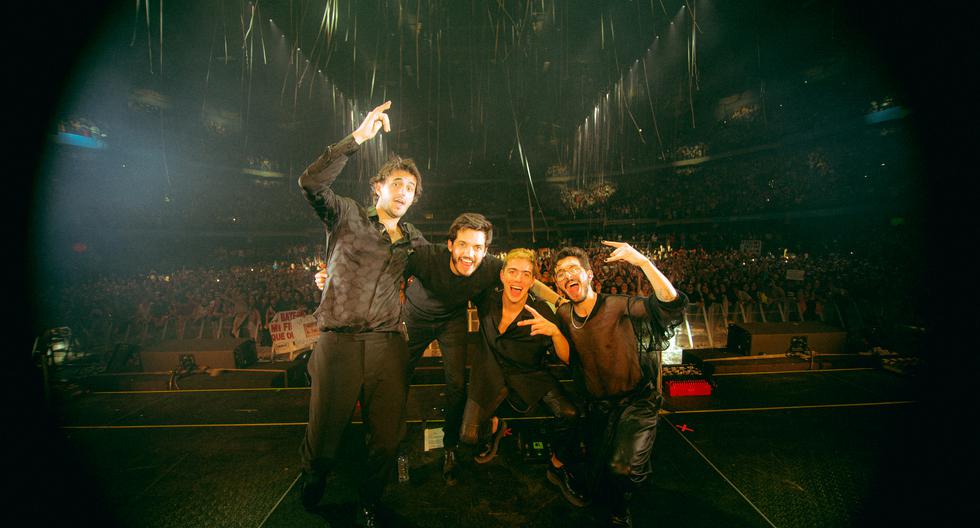 In 2020, Morat was preparing what would be their third album but the pandemic paralyzed the plans of the Colombian band and it was only in mid-2021 that this material saw the light and it is until now, March 2022, that the group made up of Juan Pablo Isaza, Juan Pablo Villamil, Simon Vargas and Martin Vargas, goes on tour and in what way, obtaining five ‘sold outs’ in a row at the Movistar Arena, a feat that no band has achieved so far in that country.

Where we go? which is what the third album is called and also the band’s tour, which began on March 17 and ended on the 24th of the same month. To this last musical meeting, El Comercio had access and this is the chronicle.

SEE ALSO: Morat tells us about “Llamada Perdida” and the transformation they are preparing for their new album | VIDEO

Everything is getting ready for the fifth concert of @MoratBanda at @MovistarArenaCo The band receives gold and platinum records for its sales success in several Latin American countries pic.twitter.com/3G1zL38e3D

An hour before the show, around 7:00 p.m. Morat It was recognized with Gold and Platinum records for its sales success in several Latin American countries such as Chile, Argentina, Peru, among others. The band briefly thanked the press and stated that these ten years of career have been an incredible journey for them.

Minutes later, already in front of the stage, Kurt, the Mexican singer-songwriter, opened the show for Morat with a brief presentation of his most popular songs, including his success: “I come from the future”. “Hello, my name is Kurt.”, the interpreter introduced himself, who was well received by a respectful Bogota public.

@kurtmusica sings his hit “I come from the future” in the @MovistarArenaCo#morat and says goodbye with the theme “The perfect woman” #MoratEnElMovistarArena pic.twitter.com/RKSagbTNyU

The night was cold but the Movistar Arena seemed like a boiling pot that was getting hotter and hotter. Kurt said goodbye and the only thing left was to wait for Morat. By then, already a little after 8:00 pm, the hubbub and impatience of the band’s fans were crying out for Morat on stage.

Half an hour late, around 8:40 p.m., Morat finally appeared and the affection of the audience, mostly young people in their twenties, joined in a single cry that exploded to the rhythm of “Where we go”, the first song offered by the band. This was followed by the sound “love with ice”. Singing in unison, jumping, screaming and more screaming.

With the second song of the night, the band had everyone present in their pocket.

Yes OK Morat has shown that his mere presence is enough to get out of a concert, the band was not alone but well accompanied by well-loved singers in this part of the world.

The first guest of the night was Susana Calasister of John Paul IsaacMember of Morat. The 24-year-old Colombian singer-songwriter, who has just officially celebrated a year as a singer, sang the song together with the band “I sense”.

The night did not seem to end with anything, on the contrary, the voice of the people did not stop accompanying their favorite band in each song and they went crazy every time one of the members told how some of their most popular hits had been born.

It was already after 9:00 p.m. and it was time to see Cami, the Chilean singer-songwriter, on stage. The interpreter of “Worst” sang along with Morat the topic “They just pass”. The people not only went crazy for this part of the concert, but the signs of affection became more frequent among those present.

Just a few minutes later, another of the surprises of the night, Andres cepeda, Do not be late. The Colombian singer, actor and composer sang the songs “Déjame Ir” and “Pesadilla” together with the band.

The public accompanied all the time. There wasn’t a song that they didn’t sing and that they live or feel as their own. It was almost 10 p.m.

After Cepeda’s visit, the band withdrew from the stage for a few minutes, and the shouts of ¡Otra! Other! they did not take long to arrive. With Morat at the top again, there was no other choice but to close a vibrant night with a flourish. Martín Vargas Morales played with the public. “You say this and you say that.” I was saying. This was nothing more than a fun introduction to give way to the acclaimed “when no one sees” and “kisses in war”.

It was close to 11 p.m. and the end was near. As he has been doing in his previous shows, Morat said goodbye to the Bogota public to the rhythm of “How dare you”. As part of this moment, giant balloons with the name of the band fell from the sky, along with thousands of streamers. It was a real musical party!

Composed of Juan Pablo Isaza, Juan Pablo Villamil, Simon Vargas and Martin Vargas, Morat ends this first stage of presentations in Colombia and is getting ready to do the same in countries like Venezuela, Mexico and Spain.

In the last 7 years, Morat has achieved 2 Diamond records, 22 gold records, 2 Latin Grammy nominations, 2 more nominations at the MTV Miaw and they have been 6 times winners at the 40 Music Awards in Spain. MORAT has more than 10 million monthly listeners on Spotify, and they reach 4 billion total reproductions, accumulate more than 100 sold outs around the world, including 11 sold outs at the National Auditorium in Mexico City, 4 at the Wizink Center Madrid, 3 at the Movistar Arena in Chile, Luna Park in Buenos Aires, The Filmore in Miami, 3 sold out in Ecuador, 2 in Caracas, Venezuela and 7 sold out at the Movistar Arena in Bogotá. 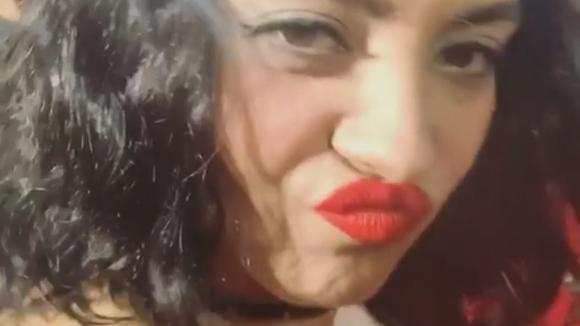 Morat: this is how the last show of the Colombian band in Bogotá was lived, which begins its 2022 tour | LIGHTS