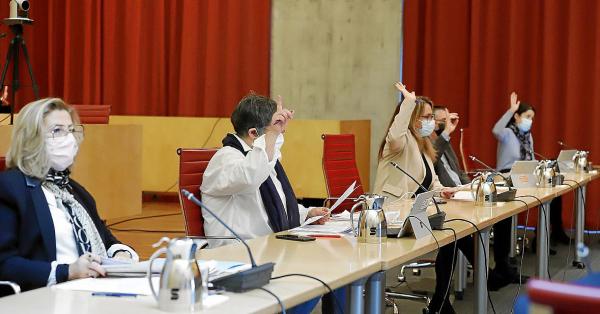 The president of the Consell and head of Tourism, Susana Mora, defended this Monday in plenary session the public financing, in part with money from the Sustainable Tourism Tax, of the Los40 concert that took place in Palma in October. In response to an interpellation presented by the PP, Mora accused this party of having done “a lot of demagoguery” with this matter.

Susana Mora defended that the contribution to this event in no case represented a perversion of the use of the eco-tax, since one of the objectives of this fund is to generate activity in the low season months. For the president there is no doubt that this was the case. He understands that each party or each person has a different idea about which is the best tourism product, but he reaffirmed that the concert had an obvious impact. He also appealed when the decision was made, with an uncertain season ahead, “then no one questioned it, at that time the objective was to generate activity.”

Their arguments did not convince Misericordia Sugrañes, author of the interpellation. “There are municipalities on the island that have been discriminated against by paralyzing their projects, but there is money for concerts,” an expense that Sugrañes defined as “hardly justifiable.” The PP spokesperson stated that it took 290,000 overnight stays to raise the money dedicated to the concert, “it does not seem that we are now for parties”, and recalled that the Council contributed 50,000 euros “to add to this eco-scam. It cannot be that Armengol decides everything and no one jokes here ».

Sugrañes reminded the president that the employers also expressed their disappointment with a tax that is collected despite the tourist crisis and resorted to sarcasm to affirm that “in the PSOE they like drinks and parties a lot”, something that they did not like at all to Susana Mora, who reproached him for this tone and invited him to share it, precisely while having one. “In this framework, it does not touch, they are always against what is done with the Sustainable Tourism Tax, they are demagogues and incoherent.”

On the sidelines of the concert, Sugrañes criticized that the commission that chooses the destination of the eco-tax funds has been inactive for a long time, but that previously “the Sustainable Tourism Tax is a mixed bag where everything fits and they decide everything in Mallorca ». He regretted that the projects that once agreed to be postponed due to the urgency of the covid-19 have been forgotten.

Susana Mora recalled that the health situation continues to be extraordinary and that it was decreed to act in this way. He assured that the postponed projects that this mandate cannot be paid with the ecotax, if the municipalities want, they will opt for other lines of financing.