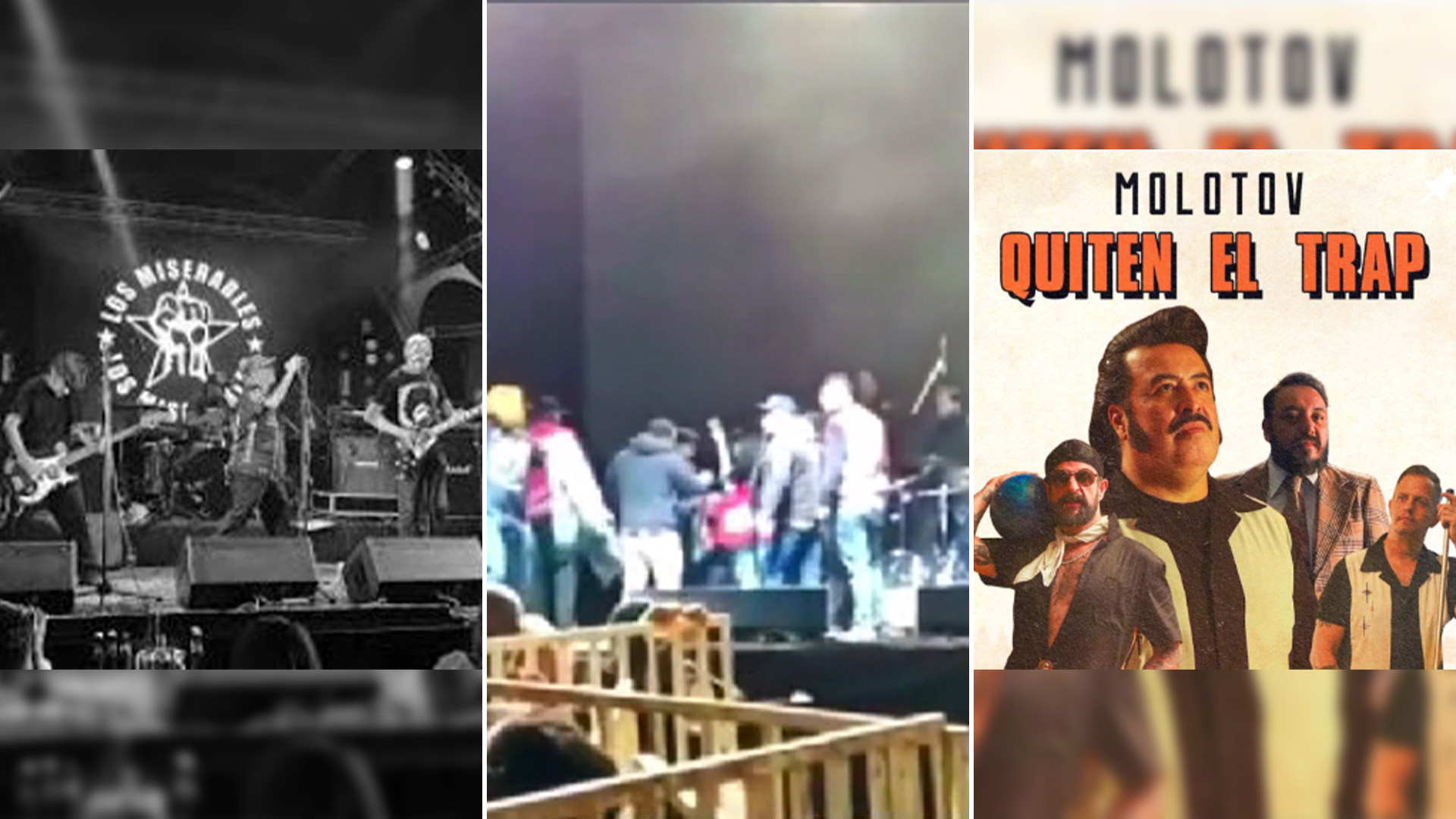 The musicians were late for their sound check and were even allegedly drunk Credit: screenshot Instagram/@molotovbanda and miserablerock

Molotov recently faced ridicule and ridicule for your topic remove the trap, a song in which they harshly criticized the artists of the urban genre. In the midst of all the reactions, the group provoked a violent encounter with The Miserablesa Chilean rock band.

The recording of the brawl began to spread a few days ago, but it was not until October 5 that the video gained strength. The attacks occurred in the Renaissance Festival, which was held in Espacio Marina, Concepción, locality of Chile. According to one of the members of Les Miserables, the musicians of Molotov they even went on alleged drunken state.

The TikTok User @hnarea showed through a video that apparently the members of Molotov were late for their sound check, but they would have demanded to do it even so, so they began to throwing the instruments of Les Miserables and even physically assaulted them while they were still offering their show.

This information was later confirmed by one of the musicians of the Chilean group. Claudio explained that Molotov came up three hours late for the sound check, he even mentioned that they have played with other Mexican and international bands without major problem.

Hours after the incident, a musician from The Miserables He issued his opinion regarding the members of Molotov, whom he described as “nasty, arrogant and thugs” who “webbed” them all the time. This could be read in the post:

“You can’t call yourself a professional if you come up three hours late to test sound and drunk, much less if you’re already around 60 years old, right? We have played with great bands like Ska-p, La polla Records, Negu Gorriak, Reincidentes, Los Fabulosos Cadillacs, Ataque 77 and many more. smell of bourgeoisie and pretends to be rock stars”

In addition, Claudio García detailed the phrases that the members of Molotov shouted at them “’We are Molotov! we are the headliners, they told me, please shit band… your musicians and team of thugs “he detailed. Finally, the band also thanked their fans for their support on social networks:

“Thank you for all the support you gave us and the love they showed us today in Peñuelas first of all the bad time and lack of respect towards the band. See you soon,” she read to herself,

In the recording, it was also possible to see that the security team and staff members went on stage to reassure and dissuade the musicians. As the action on stage turned from musical to brawling, voices from the audience could be heard chanting “Wretches! Wretches! Wretches!”; multiple attendees could also be seen whistling so that the show could continue.

The netizen who showed Molotov’s action explained that to calm the moment, a DJ started playing music. Among the comments, an Internet user pointed out that supposedly the sound technicians were the ones who disconnected the microphones and amplifiers of Les Miserables so that the sound could not be heard clearly. violent moment that was experienced on stage.

“Here’s another shot, Molotov is late for his sound check and doesn’t let the Chilean band Les Miserables finish the show,” the user who published it wrote about the video. The recording quickly went viral because the aggressions between the two groups of musicians were very evident.

For its part, Molotov did not release any statement or position about the violent incident they caused.

This is how Alfredo Adame “insulted” Molotov for the song Quiten el trap
Arturo López Gavito revealed how he promoted Molotov’s career: “We went out to sell the records on the street”
Molotov: the best memes left by the premiere of “Remove the trap” and his position against the urban genre