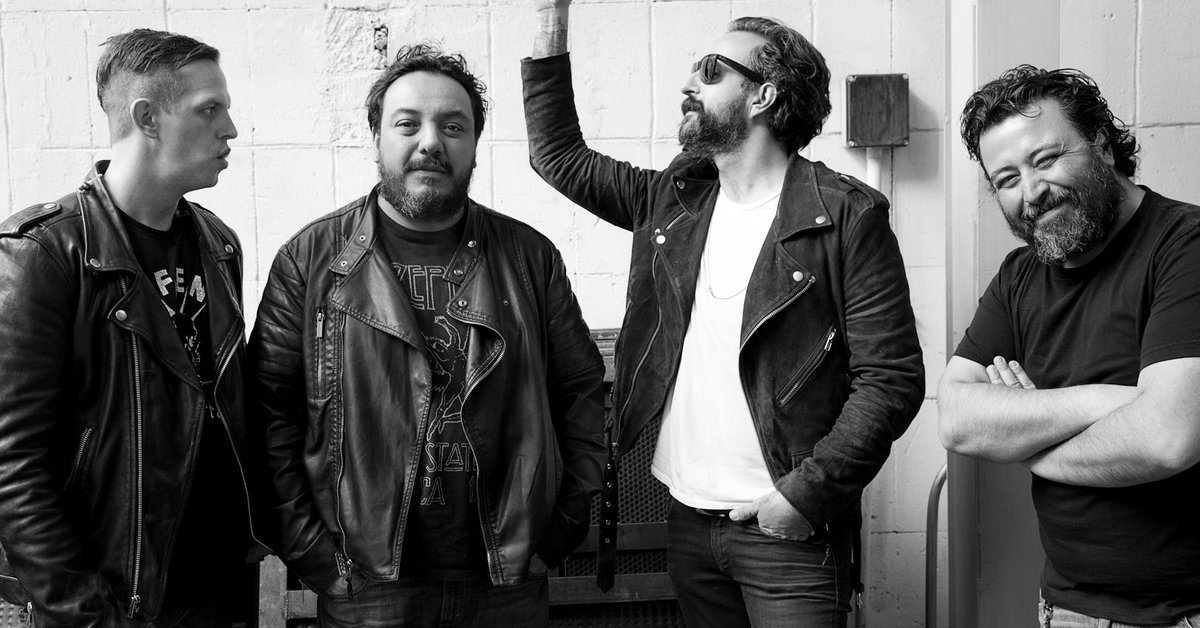 The controversial and beloved band Molotov announced through social networks that they will have their first face-to-face concert after more than a year without being able to step on stages with an audience present. They indicated this with a message for all their followers.

“CDMX! Molotov explodes next July 1 at turn 4 of the Autódromo Hermanos Rodríguez, 8:30 pm. Private outdoor boxes. We already missed you, HDTSPM! ”They wrote on the group’s official Twitter account.

This is one of the first concerts to be held in the Mexican capital more than a year after the pandemic began due to Covid-19. Notably last June 4 Eduardo Clark García, general director of Digital Government of the Digital Agency for Public Innovation (ADIP), confirmed that CDMX went to a green epidemiological traffic light.

The Mexican rock band surprised their fans with the announcement of their first concert with an audience (Capture: Twitter)

The last studio album made by the band made up of Tito, Miky, El Randy and Paco It was Cursed water and since then they have dedicated themselves to making live presentations with their greatest hits. In 2018 they had their MTV Unplugged edition, The Disconnect.

On August 23, 2020 they held an “unrepeatable” concert where they played their entire album from 2004, Respectfully. However, this pay presentation It was through a live broadcast and without an audience present due to the health precautionary measures.

Now his concert on July 1 must comply with the precautions indicated on May 21 by José Merino, head of the Digital Agency for Public Innovation, for the reactivation of concerts. These massive events can only be held in open spaces such as the Foro Sol.

The concert of the rock group must comply with the necessary precautionary measures (Photo: Facebook / @molotovoficial)

Among the general measures to the public, it was explained that the concerts will be divided into boxes with a maximum capacity of 8 people. The capacity will only have 25% of the total capacity of the venue, the use of face masks will be mandatory, as well as QR codes for entry and exit.

In the same way, the healthy distance (1.5 meters) in bathrooms and points of sale will be respected, access and exit will be staggered, and All event personnel must have a negative antigen test that does not exceed 72 hours.

There is still a long way to go to have concerts as before, but Molotov will be one of the first groups to have a massive event in CDMX (Photo: Taken from Official Molotov Facebook)

According to the OCESA press release, the Molotov concert venue will be divided into 5 box sections (Plus, Red, Yellow, Green and Purple). These boxes will vary in capacity according to the type of purchase, having space for eight, five or two people as the case may be.

It was also clarified that the purchase of the balconies will be complete, so fans must “decide with whom and how many people to share their space.” The pre-sale of tickets will be on June 16 and 17, while the general sale will be until the 18.

During the past electoral period, a Morena candidate used a Molotov song without his authorization (Photos: Twitter @arturoavila_mx // Official Facebook-Molotov)

In weeks past the band that plays Marciano expressed dissatisfaction with the political party National Regeneration Movement (Morena). This after Arturo Ávila Anaya, former candidate for mayor of Aguascalientes of said party, plagiarize your song Latino Vote and he will use it for his political campaign.

Last June 4, through social networks, Molotov published a statement in which they reported on his formal complaint at the Attorney General’s Office (FGR) against Ávila Anaya. In their messages they clarified that “we have never authorized, nor will we ever authorize, the use of any of our songs for political purposes.”

Also in the statement they explained that the reason for their complaint against the now former candidate was for the “Malicious use without the corresponding authorization of the song Latino Vote in a promotional video of his candidacy, published from his Twitter account on May 31 at 11:08 PM ”.

When and how the Panteón Rococó concerts were rescheduled at Foro Sol
“According to very subversive, the best supports the PRI”: the best memes to the lawsuit between Molotov and Morena’s candidate for a song
The best memes before the virtual concert of Caifanes
Sabo Romo spoke after being a victim of violence on the streets of Mexico City