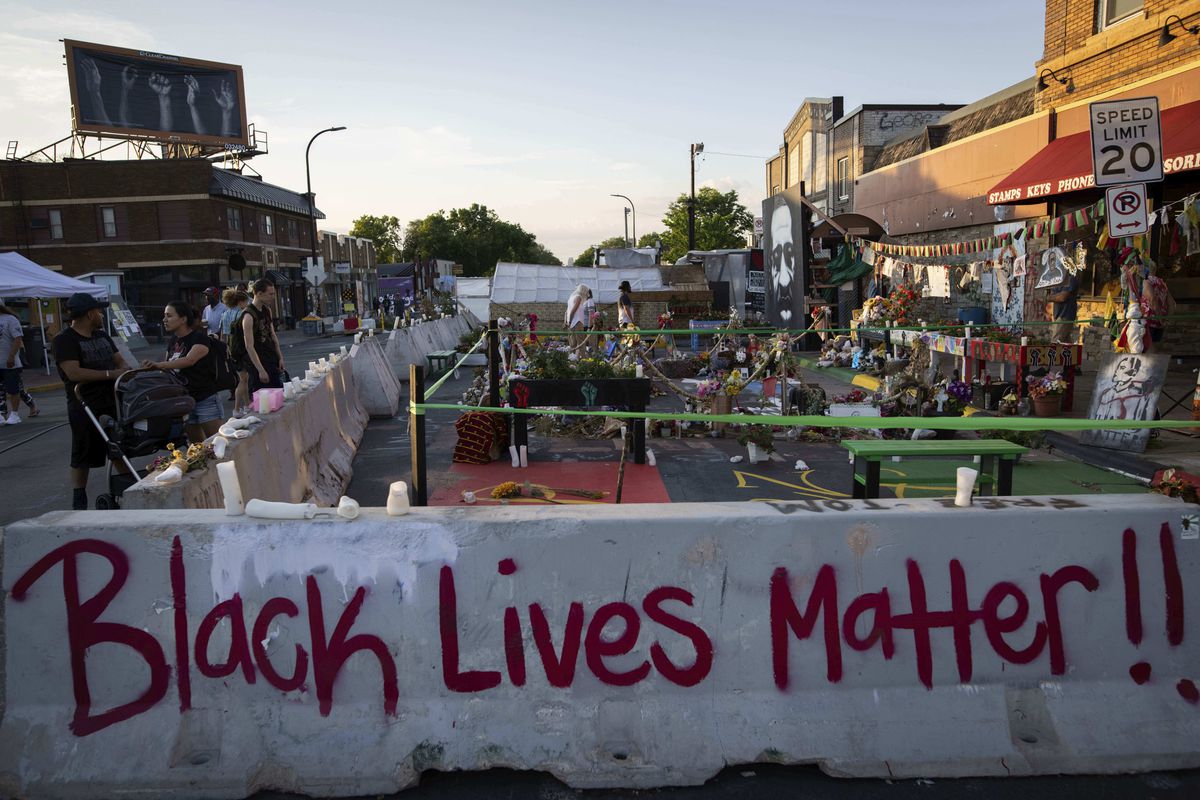 It has been more than a year since the intersection of streets where a white cop killed George Floyd It is blocked by a group of activists. The four corner streets in South Minneapolis have become a center of pilgrimage. They are closed under the slogan “Without justice, there are no streets.” The majority of residents and business owners vote to reopen the crossing, which the occupants call an “autonomous zone”, as the police avoid entering, and who has seen a spike in violence since Floyd’s death. So far in June, municipal workers have twice removed the cement blocks that keep the passage closed, but activists have put them back. Minneapolis doesn’t know what to do with what many see as a sacred center for the African-American community.

The image of the policeman’s knee Derek Chauvin nailed to Floyd’s neck for nine minutes near the Cup Foods establishment has traveled the planet since May 25, 2020. Tens of thousands of passers-by have flocked to that corner of 38th Street and Chicago to leave flowers, write on its walls or pay their respects to the drawings of the Floyd’s face that you see everywhere. Amid the protests that triggered the murder of the African American, a group of activists organized to close access to traffic and monitor the entrance to the “Free State of George Floyd”, which is made up of four blocks. Since then, garbage trucks have not been allowed in.

Minneapolis Mayor Jacob Frey reported earlier this month that the City Council would proceed to reopen the area with several goals: community security, racial justice, and economic stability and development of the neighborhood’s ethnic minority communities. . “We are collectively committed to erecting a permanent monument at the intersection, preserving the artwork [una escultura de un puño en alto] and make the area a lasting space for racial justice, ”the statement read.

According to a survey carried out by the municipality itself in February this year, 81% of residents and business owners in the sector supported the City Council’s provisional options to reopen the area, while a permanent solution is sought with Floyd’s family and the community.

On June 3, around 4:30 in the morning, municipal employees arrived with bulldozers to clear the blocked area around the so-called “George Floyd Square”. Shortly after leaving, the activists closed the area again with cars, garbage cans and signs. Last week the choreography was repeated. The activists’ organization has said it will allow the reopening when its 24 demands are met, including the firing of the Hennepin County prosecutor, accountability for several police killings of African Americans, and investment of $ 700,000 (about 576,000 euros) in the area through neighborhood associations to create new jobs and raise awareness about racism.

The surroundings of “George Floyd Square” appear to be a quiet place, but it is not always like that. During the first anniversary of the African-American’s death, in the middle of a live television broadcast, some thirty shots were heard in broad daylight. Between May and November of last year, the number of violent crimes – including car theft – soared 122%. The neighbors, disappointed with the police action, created their own protection system for the community. The Floyd Family Foundation pledged to donate half a million dollars to the community at the intersection of 38th Street and Chicago Avenue. The money is part of the 27 million dollars that the relatives of the man turned martyr of the Black Lives Matter movement (black lives matter) will receive after an agreement with the city.