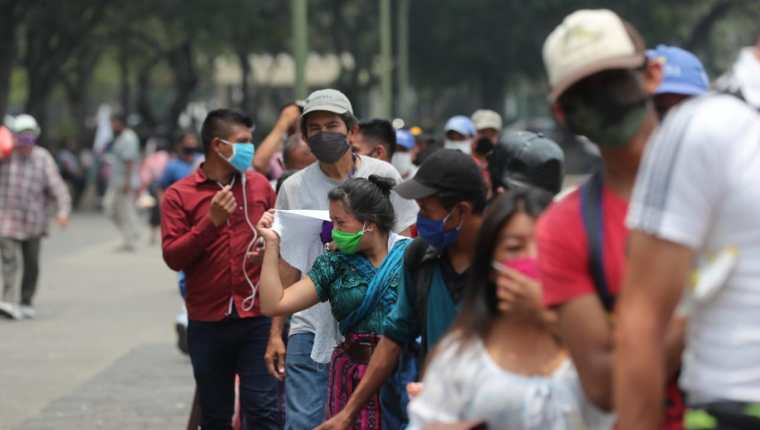 The Minister of Public Health and Social Assistance, Francisco Coma, attended a meeting in Congress this Wednesday, January 9, with block leaders, where he discussed various issues, including his contagion of covid-19, from which he has already recovered. , hybrid classes, concert protocols and vaccines for children from 5 to 11 years old.

Coma attended a meeting at the Bloc Heads Instance to present several proposals for amendments to the initiative of the Law for the Disposal and Transplantation of Organs and attended journalists.

Coma was consulted about the supervision in educational centers that already offer hybrid classes and pointed out that they have a technical table with the Ministry of Education where they evaluate what the conditions are on a daily basis and asserted that they do not do anything improvised.

“Here the decisions are analyzed according to the percentages of positivity, according to the traffic light conditions of each municipality and based on that, decisions will be made on what to do. Remember that there must also be compliance with protocols by schools and colleges so that the boys can receive classes,” Coma commented.

When asked if the educational establishments did not comply with the established measures, he replied that any sanction must be applied by the Ministry of Education, but that they work together.

“The Minister of Education -Claudia Ruiz- is very focused, above all, on the safety of the little ones and also the interest of all of us is that the little ones return to class, that is the truth. The little ones now need to get out of that bubble that was locked up, their mental health is essential and if we manage to have adequate management and control of infections, this will be possible, but they must be fulfilled, ”said Coma.

He said that the contagion of minors is concerned, but they did an analysis and saw that minors who have not attended schools or colleges are infected with covid-19 outside, so he believes that it is an issue where a balance must be found where authorities provide, through protocols, the necessary measures and recommendations.

He affirmed that there are not many infections in schools, but the concern that this happens should be everyone’s.

He said that they have adequate conditions for the children to return to classes and that everything is a permanent job carried out by a technical team.

Vaccines for children 5 to 11 years old

Regarding vaccines for children from 5 to 11 years old, Coma reiterated that they are in a negotiation process and that it is a situation that has been worked on for a long time. “We are trying to find a point of agreement with the pharmaceutical companies and we are in that process. You will be aware of what is happening with that.”

Coma was also asked about the announcement of several concerts that were announced in Guatemala this year.

According to the calendar published by badbunny, The Puerto Rican singer will perform in Guatemala on December 1 at the Esplanada Cardales de Cayalá.

According to promoter Laguna Entertainment, Christian Nodal will visit Guatemalan lands and offer a concert as part of his Forajido Tour. The singer’s hearing will be on May 7.

In addition, Asa Promotions, a company dedicated to entertainment in Guatemala, stated that the Spanish artist Alejandro Sanz will perform in the country and will sing for Guatemalans on May 12.

According to the Minister of Health, he said that any event of any nature must be subject to a protocol.

He stated that these protocols have not entered the Ministry of Health. “All this has to be evaluated and above all let us remember that it will depend on the conditions in which the country finds itself at a certain moment to decide the approval of these events, so it is early to speak, we would have to see the protocols, the capacity, the conditions under which they are going to be carried out, but we still do not have the formal requests,” said Coma.

They expect a strong level of contagion in 10 days

The official said that it was known that the country was going to have a significant growth in the number of cases these days.

“Yes, there are a large number of infections, but I think we have had the great blessing of a high percentage of the vaccinated population that has prevented it from being so seriously. The occupancy rates of our hospitals are still very low and we are currently at the peak, we expect that we could approximately have a high level of contagion during the next 10 days, so we are working vigilantly, approaching the population with tests and kits. of medications.

Regarding the equipment in hospitals, Coma stated that the Emergency Law allowed the acquisition of supplies, medicines and in some cases equipment.

“At the moment we are fine, we have the capacity to respond, and as I say, thank God and for the benefit of the population we have not had a high volume of cases as we had with the delta variant in September. You will remember that they were arriving at the hospitals, so at the moment the system is responding well, we are treating patients who are arriving sick in an adequate and correct manner, so we are going with a slightly stronger health system to deal with any situation ” Coma said.

Minister Coma was consulted about expired or about to expire vaccines and said that they have received communications from different pharmaceutical companies in which they have shown that according to the studies of the half-life of the vaccines and their stability, the periods of half-life are extended probably up to 6 months

“We are waiting for official communications to be able to make it public.”

Coma also said that he has been absent for a few days because, according to the Ministry of Health, he tested positive for covid-19 a few days ago, but he had mild symptoms and is already working after a new test was negative.

Minister of Health talks about hybrid classes, concert protocols and vaccines for children between 5 and 11 years old (after testing positive for covid-19)