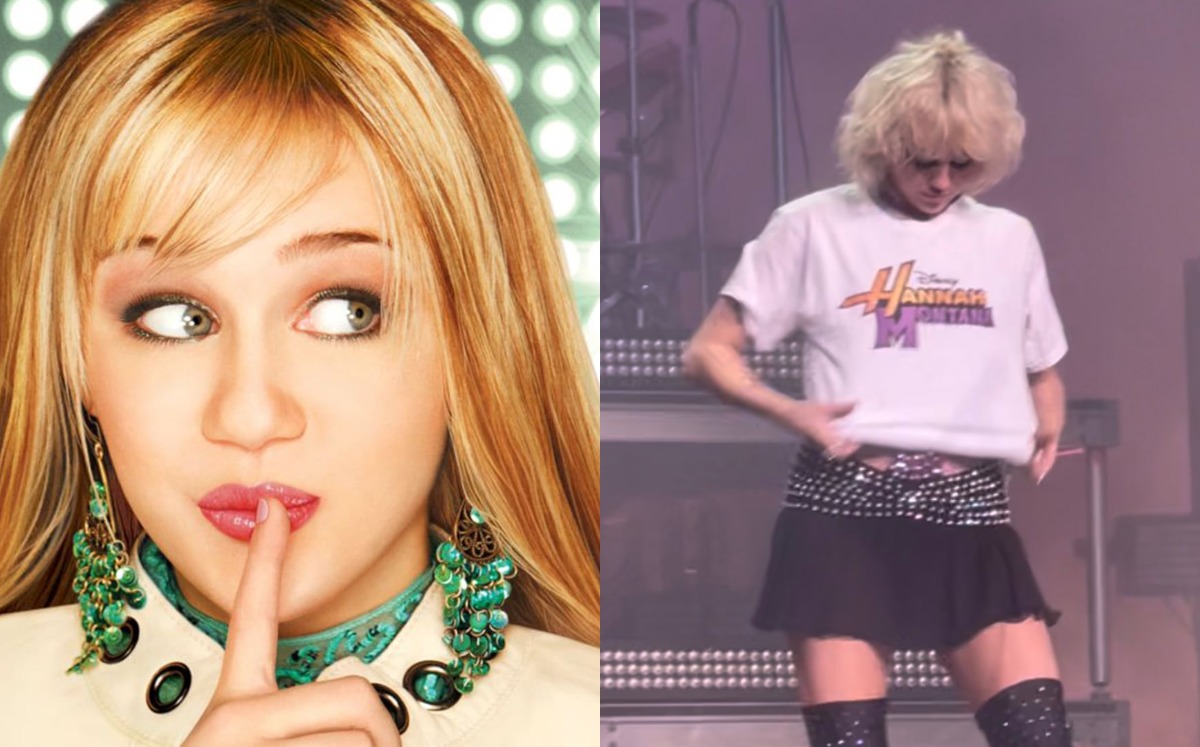 
This afternoon there was a moment of pure nostalgia, from a trip to the past since 28-year-old artist Miley Cyrus wore a Hannah Montana t-shirt during a concert, remembering that time of 2006 to 2011 when she herself starred in that hit series.

This event quickly made a great echo on social networks. Millions of fans of the singer put the name of Hannah Montana in trends, already accumulating thousands and thousands of tweets related to it.

​Last March 24 marked the 15th anniversary of the premiere of Hannah Montana, the series that became a favorite of many Disney Channel fans. The young woman from Texas who found her dream opportunity to become a world famous singer in California, but at the price of a double life to protect his identity, it was one of the great stories the channel produced in recent years.

“Hi Hannah. It’s been a while now, 15 years to be exact since I slid that blonde fringe over my forehead to hide my identity and put on a pink robe with the initials HM in the heart, ”” read the letter Miley wrote to Hannah.

the surrealism of miley putting on a hannah montana t-shirt while waving a fan flag saying that she would have sex with her ????????pic.twitter.com/F7iqfMu8db

Hannah Montana was a Disney Channel original series. The series, aimed at young and child audiences that tells the double life of a youth pop mega star and an ordinary girl, was nominated four times for the Emmy and twice for the BAFTA. It was released on March 24, 2006 and ended with the last episode on January 16, 2011.

“They forced me to be someone I wasn’t”Miley confessed in an interview, when asked about her stage as Hannah Montana.

Playing the same role for years would have given him a body dysmorphic disorder associated with excessive concern for defects or physical characteristics. “I had to be pretty every day for a long time and when I wasn’t on the show I was like Who the hell am I?“, he reports.

Miley Cyrus shared an extensive and emotional letter to Hannah Montana on March 24, the character that catapulted her to fame. He did so on the day that marked 15 years since the premiere of the Disney Channel original series that bore his name.

“Although you are considered an alter ego, actually there was a moment in my life when you had more of me in your glove than I did in my hands “. He explained that since then a lot has changed and declared: “You were like a rocket that took me to the moon and never brought me back.”