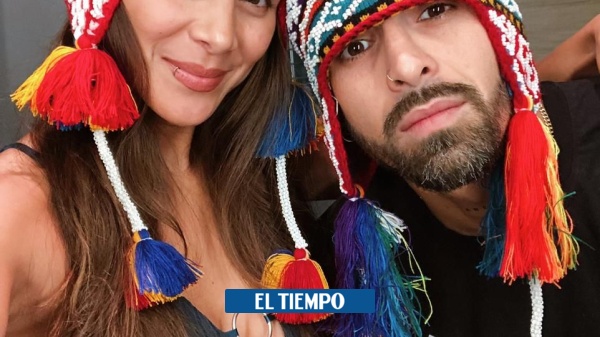 Mike bay, known for performing songs like ‘Buscándote’, ‘Serenata’ and ‘Amantes’, would have confirmed in a concert that Greeicy, your partner, could be expecting a child.

Rumors about him pregnancy of Greeicy have more than one expectant.

And although the news has not been officially confirmed by them, the couple has given several clues that seem to indicate the alleged arrival of a third in the family.

In fact, several netizens have commented on how happy they are with the possible pregnancy.

It is no secret to anyone that the pair of singers is one of the most beloved in the country, so the confirmation has more than one in suspense.

(You may be interested in: Greeicy Rendón: Meet the successful sister of the singer from Cali).

The new clue about pregnancy

Do you think Greeicy is pregnant?

The new clue was that the singer asked a key question at one of his concerts.

In front of thousands of spectators, he asked: “Do you think Greeicy is pregnant?”

After the crowd responded with a loud shout of excitement, Mike He kept asking: “Do you think I would make a good dad?”

(Keep reading: How much is the ring that Mike Bahía gave to Greeicy Rendón worth?).

Again the fans who were in the room shouted expressing enough happiness. Faced with this reaction, the artist said:

“I promise you that I will try to be a good father. And do you know what I promise you? That I am going to thank them all my life for the love they have given her and me ”, he concluded.

Everything seems to indicate that there is a pregnancy, so a prompt official confirmation of the two artists who apparently want to keep it a secret for the time being.

(Read also: Greeicy Rendón is pregnant, as confirmed by her father).

However, on December 9, Luis Alberto Rendón, Greeicy’s father, confirmed the news during an interview with the ‘Buen Día’ program on ‘RCN’.

“God has given us very great blessings and I believe that this is a great blessing also to see that behind that great family that is being formed, a great person will come, a good being who will be the reflection of them, who are excellent people and not because he is my daughter, nor my son-in-law, but me I think they are people who are very given to people, very humble and very transparent, so I feel proud of that. I know that this is going to be their importance ”, said the father.

Greeicy Rendón said yes to Mike Bahía: in concert he asked him to marry

Carmen Villalobos, Ricardo Montaner and the celebrities who changed their names

Zendaya shares a cute picture of Tom Holland as a child

Cristina Hurtado shared the first photo of her baby

Mike Bahía on Greeicy’s pregnancy: ‘I’m going to try to be a good father’