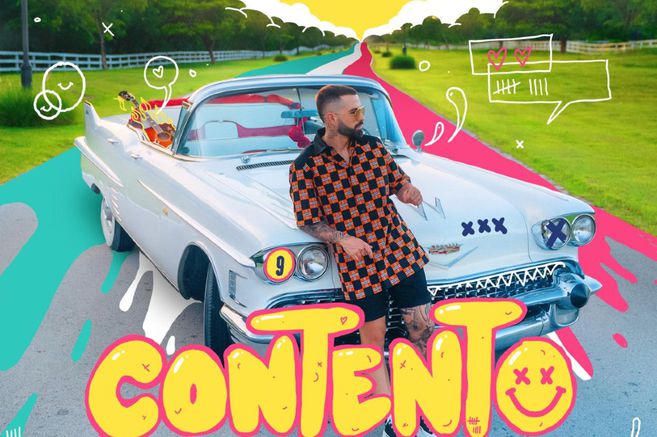 Mike Bahía in the promotional image of the album “Contento”.

Mike Bahía surprises his followers with the video of “Navegando” one of the most successful songs on “Contento” his second album.

“Sailing” reflects feelings of gratitude after having found true love, the official video stars Mike who, accompanied by his guitar, sings the song on the seashore, reaffirming his particular style in the music industry.

Colombian singer, songwriter and musician Michael Egred Mejía, better known as Mike Bahía, expressed his love for music since he was 8 years old playing the guitar. His solo debut began with the song “Buscándote”, a single produced by Montana The Producer (J Álvarez, Chris G El Soldado), Juan Jhail (Kevin Roldán, Alkilados) and Ronny Watts. ANDThe single, which was the head of the most watched series in Chile, occupied the first positions of the radio lists in countries such as Panama, Costa Rica, El Salvador, Guatemala, Peru, Ecuador, Chile, Ecuador and of course Colombia.

(We recommend: Jorge Celedón, the artist from the Cali Fair)

In 2017 Mike Bahía joined the Warner Music family as one of the great promises of the successful urban pop genre and in 2018 released a new single composed by himself under the title “Stay Here” produced by Mosty and recorded at Icon studios. Music of the city of Medellín (Colombia).

“Stay here” was undoubtedly a great debut for the Colombian who was positioned at the outset in the Top 25 of the most important songs on Spotify, where he has almost 10 million streams to date and in the TOP 15 of Deezer, where it already exceeds 2 million views, in addition to viralizing its video to the point that it reached 2 million views in less than 24 hours and today it exceeds 60 million in total.

(You may be interested: Iván Villazón presents the carnival mosaic “Who lives it”)

In November 2020, Mike Bahía won the Grammy in the category of Best New Artist during the 21st Latin Grammy Awards ceremony. That same night Mike launched his first album under the Warner Music label entitled “Navegando”, work that had as a promotional single “Stop” a collaboration with Danny Ocean, who to date is his most played song on platforms, accumulating +161 Million global streams and is Double Platinum in Colombia, Quintuple Platinum in Peru , Double Platinum in Mexico and Platinum Record in the US