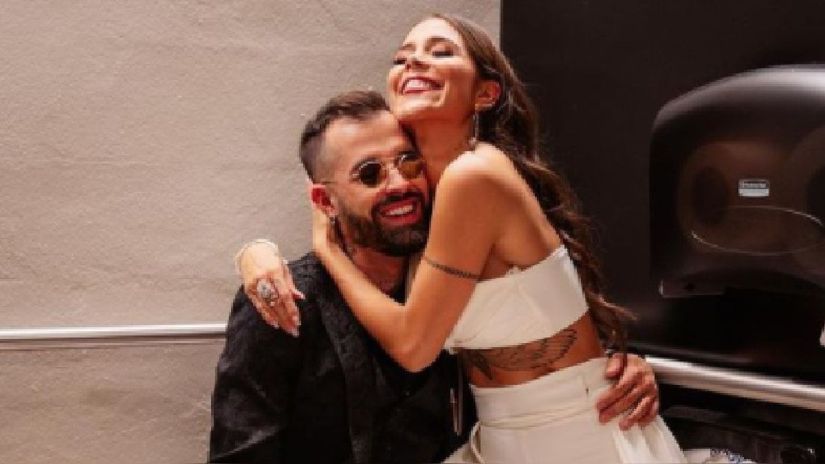 Alejandro Sanz offered a concert where Greeicy was their special guest, since they interpreted his most recent song “Far with me”. However, at the end of the presentation, the Colombian was surprised by Mike bay, who asked marriage in front of everyone present.

At the end of the song, the Spaniard told him: “A friend asked me to lend him this scenario for a few minutes. Stay here and watch the screen, ”he is heard saying. When she turned around, the interpreter of ‘Los besos’ was surprised to see her partner in a video describing what the relationship they have means to him.

“I’m going to tell you clearly, I don’t want you to ever leave my life. Turn around, ”said the Colombian who was kneeling asking Greeicy to marry him. This situation made all the concert attendees clap and shout with excitement.

The artist could not hold back her tears, she said yes and they both hugged.

Greeicy and Mike Bahía are one of the strongest couples in the music industry. Although the favorites are Camilo and Evaluna, the fans of both have been excited, after seeing the new tattoo of the Colombian in the same style as the interpreter of “Tutu”.

As it is remembered, Echeverry tattooed his wife’s name on his rib and, when they showed it on social networks, many followers considered it a great show of love for her.

However, Mike Bahía exceeded all limits, since through TikTok, Greeicy showed the art on his boyfriend’s left leg where his face is seen. The comments were not long in coming and many of them are congratulations and blessings in the more than 7 years of romance that they have carried out.

In addition, together they have made songs like “Los besos”, in the case of the Colombian, who was inspired by Mike to do it. With a romantic cut, the artist assures that it has a special meaning, as it brings to mind the good and bad moments that happened.