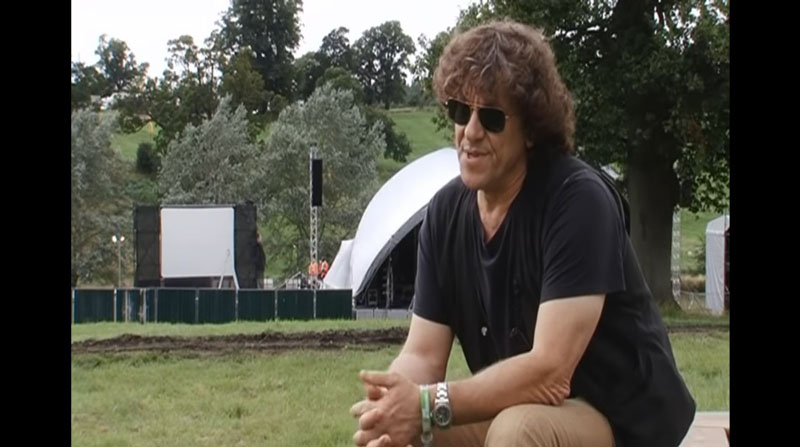 the music impresario Michael Lang, one of the creators of the historic festival of Woodstock in 1969, he died yesterday, Saturday, January 8, 2022, at the age of 77 after a brief illness, his representative Michael Pagnotta announced this Sunday.

Lang died in a clinic for treatment of Cancer from New York as a consequence of a rare lymphoma, according to various media.

Lang went along with Artie Kornfeld, Joel Rosenman and John P. Roberts, the mind behind Woodstock, the festival that at the end of the 1960s brought together more than 400,000 people on a farm in Bethel (New York) to listen to artists such as Jimi Hendrix, Janis Joplin, The Who, Jefferson Airplane Santana.

The quote, which was introduced as “Three days of peace and music“, is considered one of the most important musical events in modern history.

In an interview with Rolling Stone magazine in 2009, Lang said that Woodstock was a “moment of hope” in a very dark time for U.S, marked by the war in Vietnam, the lack of answers from the Government and many human rights problems.

I recreated it in My Invisible Friend. I reproduce a couple of paragraphs here: “I’m heading to Woodstock on the I-87 highway and I’m neutralizing the descents to save gas. I’ve made an appointment with Michael Lang. To avoid the initial rejection, I contacted the aforementioned producer 👇 pic.twitter.com/Uk01We4FWF

In 1994, the musical impresario participated in the organization of the second edition of Woodstock, held in 1994, which brought together artists from the original poster such as Joe Cocker or The Grateful Dead with other more modern ones like Red Hot Chili Peppers, Green Day, Aerosmith or Metallica.

Its success led Lang and other partners to push for a new Woodstock in 1999, plagued by problems and considered a great failure, while his talks to organize an edition in 2019 on the occasion of the fiftieth anniversary of the first never came to fruition.

Apart from organizing festivals, Lang was an artist manager and founded Just Sunshine Records, which published records, among others, by Karen Dalton and Betty Davis.