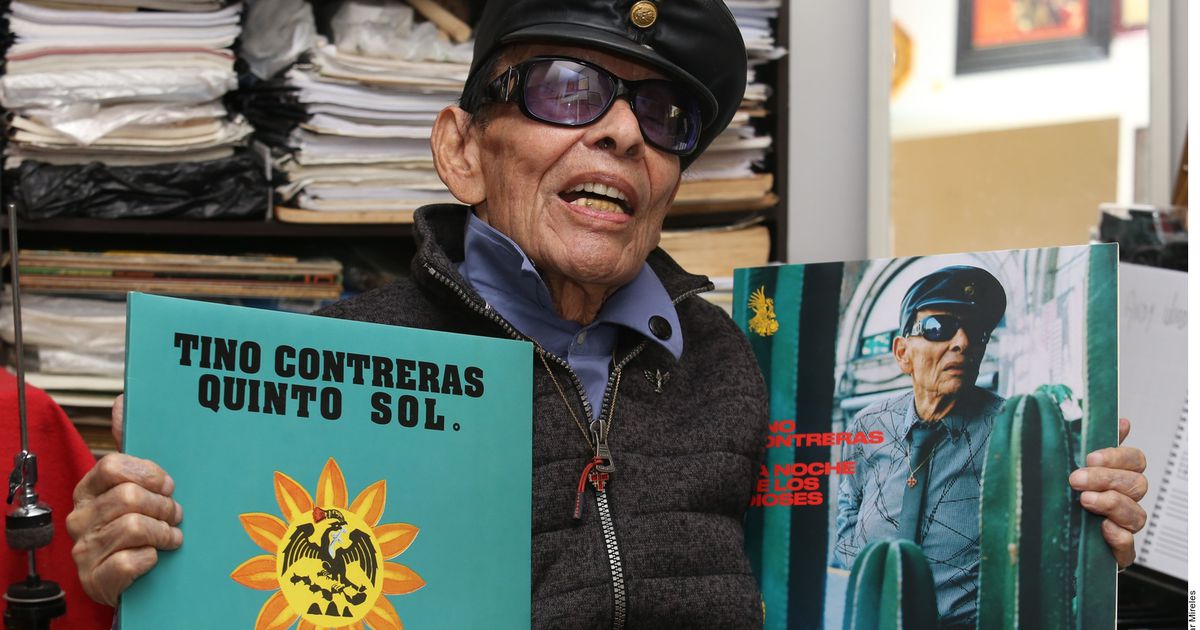 Tino Contreras, the legendary jazz drummer, died at dawn this Thursday at the age of 97.

“Family and friends with deep pain I inform you that today, September 9 at 00:30 hours the heart of our beloved Master Tino Contreras stopped”, it was confirmed on his official page on Facebook.

The details of the funeral of the musician originally from Chihuahua will be released this Thursday.

Contreras participated in the first formal jazz recording in Mexico, in 1954, produced by the journalist Roberto Ayala, as part of the trio of Mario Patrón (piano) and Víctor Ruiz Pazos (double bass), but the album Jazz en México (Orfeón) did not it was published until the 1960s.

He boasted in his musical career having recorded 59 albums over six decades. Just in 2020 he recorded with his son Valentino, bassist and guitarist, “The night of the gods” (Brownswood).

The anthology “Tino Contreras and his Mexican jazz” published by the British label Jazzman compiles his recordings from the 50s and 60s where critics place his best works, a selection of 16 pieces that cover his creative arc: from “Latin ritual songs ”,“ Avant-garde experimentation ”to religious-themed chamber jazz with chorus in“ Credo ”,“ Santo ”and“ Gloria ”.

Contreras repeated almost like a mantra: “After God, music.”

He gave his life to music and at the age of 97 he was still active composing on the piano and playing the drums.

“I am very sorry for the departure of one of the most relevant figures that the history of jazz in Mexico has had and still has: the incombustible Chihuahuan drummer Tino Contreras. Cheers jazz through! ”Tweeted Alain Derbez, critic and musician.