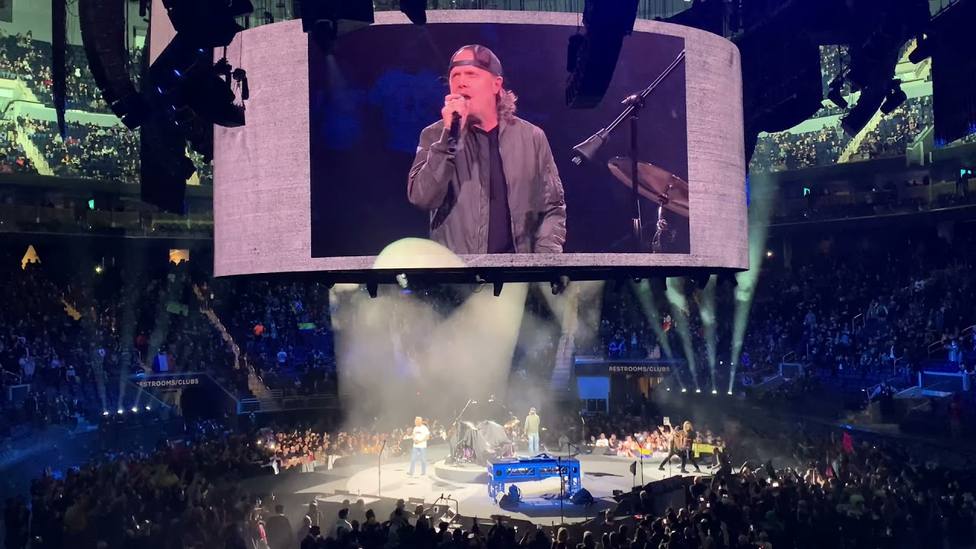 As reported Blabbermouth.net, Metallica offered two shows, on December 17 and 19, at the Chase Center in San Francisco to celebrate the 40th anniversary of its existence. Their repertoires have surprised the whole world, being very different from what the band used to have us used to.

As we already told you, the tickets to enjoy the concert in person were exclusive for the Metallica fan club, but fans of the band throughout the world have been able to enjoy the concerts for free through Amazon. Music, his Twitch channel and the Prime Video platform. Both shows will be able to be seen again on the platform, yes, for its paying users.

The tickets have had a price that is far from being within reach of any pocket, ranging between 757 and 1,457 dollars for the first night and 582 for the second. However, Metallica’s repertoire has not disappointed in either show.

The one on December 17 was, practically, a temporary tour, in chronological order, through the four decades of Metallica’s discography, also being the first time that Metallica played “Fixxer”, the theme of the ‘Reload’ (1997) in direct:

On the other hand, on December 19, Metallica included some songs that they had not played live in a long time:

“We are grateful that you have been with us for 40 years, and we are very happy that you are still here after such a long time.”James Hetfield told the audience at one point in the first show. “I nevertheless can not believe that. We were created to do this, I know that. “

At a certain point on the set, a tribute video was also shown to the former members of the band, who did not participate in the show, however: “Hopefully, you will be able to see them live again at some point in your lives. We are blessed to have had them in the band. “

Metallica’s unusual repertoires at their anniversary concerts have surprised everyone