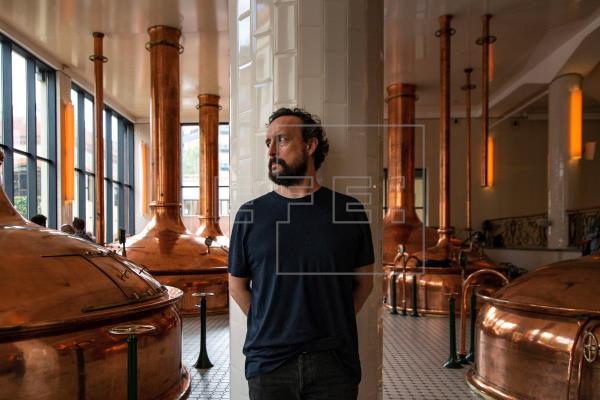 The Mercat de Música Viva de Vic (Barcelona), a reliable thermometer of live music, begins next Wednesday an edition marked again by the covid, in which it will try to combat the discouragement of the sector with 60 face-to-face concerts that seek to favor recruitment and the tours.

Its director, Marc Lloret, has acknowledged in an interview with Efe that he is concerned that the music industry is exhausting its last strength and that many companies and creators may be irretrievably by the wayside.

Still, he firmly believes that the Mercat is “more important than ever” and has redoubled efforts to promote recovery, after the severe blow that the pandemic has caused.

The main objective of the Mercat de Vic is to put artists in contact with concert promoters so that live music continues to reach the public.

For this, this year it has programmed 30 concerts exclusively for professionals and another 30 for the general public, with artists such as Chano Domínguez, Ana Tijoux, María Peláe, María Yfeu and Enric Montefusco, many of whom will premiere their new works in Vic.

Lloret fears that the local live music sector is close to fainting after a year and a half of pandemic. Many concert halls are still closed and a large part of international tours do not start pending the evolution of health indices and government decisions.

“The sector hopes that next summer there will be festivals like the ones before, but nobody is sure that this will happen, an uncertainty that makes hiring expectations uncertain,” he confessed.

“The only solution to this difficult situation – he adds – is that the platforms dedicated to invigorating the sector, like us, work harder than ever and that governments make an effort to establish clear regulations that allow us to know what cards we play with.”

The decisions of the governments are not in the hands of the Mercat, but putting creators and promoters in contact is their specialty, that is why this year they have decided to return to concerts and face-to-face meetings, after everything was online in the last edition.

Five hundred professionals will be in Vic from September 15 to 18 to listen to the musical proposals of some sixty bands.

A lower number of borrowers than in other years because the pandemic continues to impose restrictions and, although the Mercat has expanded the dimensions of the tent where the meetings take place, the need to avoid crowds has forced to reduce the number of guests.

The number of concerts will also be lower than before the health crisis because performances cannot overlap and you have to look for safe spaces, preferably outdoors and always with a safe distance.

However, you will be able to see such interesting things as the new album by Anna Ferrer produced by El Niño de Elche or the proposals by Power Burka, Roger Mas, Astola y Ratón, El Petit de Cal Eril or The Excitements.

Another consequence of the pandemic is the increase in the hiring of local artists in the absence of international tours, so this year the percentage of Spaniards is higher than in other years.

In any case, the Mercat has not wanted to renounce the presence of international artists, such as the Chilean Manuel García, the Cape Verdean Carmen Souza or the Portuguese Theo Pascal, and international programmers will also travel to Vic to learn about local proposals.

In addition, the Vic City Council has sought new formulas so that the public can enjoy live music despite the regrets and has enabled a new space in the sports area with capacity for 3,000 people, where the formations that attract more public will perform. , like Oques Grasses or Zoo.

“We are in a situation of transition and the feeling of not being able to take firm steps is exhausting, but we are going to put on the table all the instruments at our disposal to overcome this crisis”, Lloret concluded.