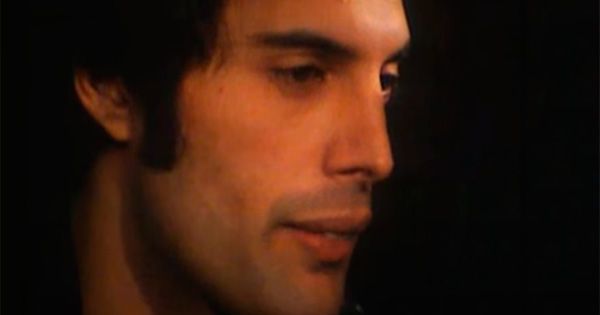 Last November had a clear protagonist in the figure of the always remembered Freddie Mercury, the voice of Queen, with the innumerable tributes that took place on the occasion of the 30th anniversary of his death. What we did not expect was that we would have a first-hand testimony of how one of the first concerts that Queen offered in our country was experienced, a very different Queen from what has remained in the collective memory, as he told us Tony Leon, leader of Black rose, as it passes through The Argonaut Hour.

The program that from Monday to Thursday closes the live section of our radio (18:00 CET on these pre-Christmas dates, Y 19:00 habitually), directed and presented by Jason Arbor, received Tony on the occasion of the record return of Black Rose with the album ‘Maadre’, an interview that you can fully enjoy in our podcast (and below these lines), in which he surprised us with his memory of that concert that took place on February 23, 1979 at the Real Madrid Pavilion, one of the first performances of Queen in Spain, after the pike that the band planted the December 13, 1974 at the Palau Municipal d’Esports de Barcelona.

Tony begins by remembering what concerts were like before the rock explosion in the eighties: “The public was sitting down, they were going to watch, to see, to learn, to wait for what was going to happen there. I have many anecdotes, such as going to see Queen, some unknown Queen, in the Real Madrid Pavilion in the 76 or 77, something like that, and we were left with about five hundred people in the Pavilion, with Queen, that we followed Queen since she was born. People were sitting, almost without … I don’t know. stand up and raise an arm… That is the minimum you need, you need to contact, connect, and we are together, and together we are going for it “.

Jason did not take long to focus the conversation on that concert and on the first Queen, which the one from Rosa Negra portrays us: “Queen was very heavy. ‘Queen I’ Y ‘Queen II’, with “Sheer Heart Attack” and those songs … I think that year they didn’t bring them live they did the ‘A Night at the Opera’, which was the boom, but before “Bohemina Rhapsody” they made four records. We went with ‘Queen I’ and ‘Queen II’, and those Queens were heavy metal at the same time. Black Sabbath, dark, super hard, with Brian May making some guitars … and a wild Freddie Mercury, with a mane down his back … He disappointed us later, in his progress. When I saw Queen again at the Rayo Vallecano stadium, about 83 or 84, he was an already popular, famous Queen, known for the “Anothe One Bites the Dust”, “We Will Rock You”… it was another Queen, more popular and flatter. That was, as we called it in Mallorca, progressive rock, it was super original, super rare and super impossible to copy “.

Tony leaves us his general verdict on the Mercury band: “They have managed to bring heavy, hard rock, super hard, to people who had never heard a rock song. Freddie Mercury was the same as a lifetime, for rock or for pop, I think it was the first performance in Spain and he came prepared, he always studied what the public in each country was like. We had already seen powerful bands in the room M&M, in Diego de León, and it was the same, everyone seated, I think they were still assimilating what was happening “.

Do not miss the complete interview with Tony León, his memories of the first steps of the scene, and all the plans that Rosa Negra has in hand with her new album, ‘Maadre’.

Memories of Queen’s first concert in Madrid: “It was heavy metal a la Black Sabbath with a wild Freddie Mercury” – MariskalRock.com