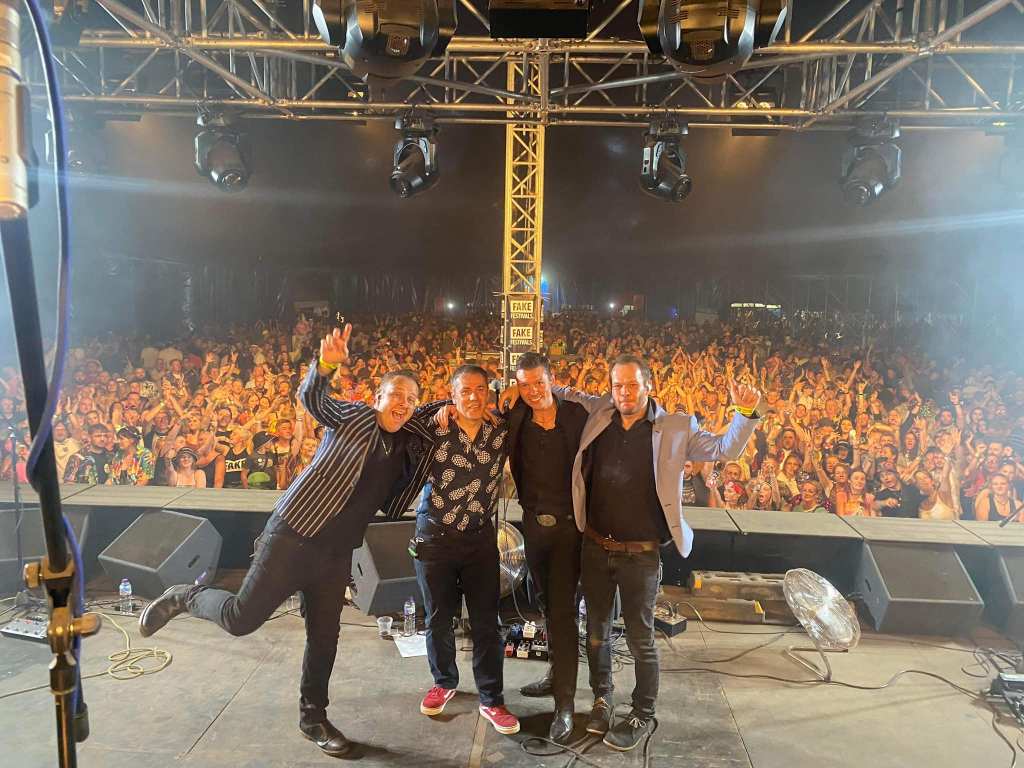 And no, the name is not a joke. A few days ago and while we leafed through the Mojo Magazine, a fairly well-known magazine in the United Kingdom, we found an agenda of concerts and local shows that included a very interesting name, but also very strange: that of the Antarctic Monkeys.

The name itself may sound like a simple play on words, however, it is about a well-known tribute band to the Sheffield quartet, and who in Europe are well known for their shows where they play the greatest hits (or rare jewels) of the Arctic Monkeys. What?!

There’s an Arctic Monkeys tribute band in the UK.

The Antarctic Monkeys, According to their official biography (they have a bio for you to see), they were trained in “from an impromptu session”. All without imagining that one day would become quite a phenomenon in various parts of the UK and Europewhere they have made numerous and quite successful tours.

We do not say it, it is demonstrated by the videos that can be found on YouTube, same where we can hear that the leader of the Antarctic Monkeys sounds quite similar (and even has the same style/hairstyle) to Alex Turner himself.

See what we’re talking about:

As you could see, not only the vocalist of this tribute band tries to approach the aesthetics of the Arctic Monkeys. The imitators of Matt Helders, Jamie Cook and Nick O’Mailley They also do their thing to get closer to the image of the English quartet, of whom they even use a similar graphic identity.

The reputation of the Antarctic Monkeys grew very quickly and even the group celebrates that they have the “blessing” of Chris McClure, who as you know is the subject that appears on the album cover ‘Whatever People Say I am, That’s What I’m Not’.

In fact, even their tickets are in high demand.

The magic of the Antarctic Monkeys is that the group plays songs that Alex Turner and company have not played for a long time, as is the case with “Still Take You Home”, “Fake Tales of San Francisco”, “When The Sun Goes Down”, among many others.

And just in case you have any doubts about how famous this band is, they don’t just perform at venues like the O2 Academy in cities like Oxford or Liverpoolbut also their tickets are sold on platforms such as Ticketmaster.

And they have a huge fan base of Arctic Monkeys fans.

Although for many hearing ‘Antarctic Monkeys’ could be some kind of joke, for fans of this tribute band it is an opportunity to listen to the songs of the Sheffield quartet, who are constantly on tour.

If we add to that the fact that currently concert ticket prices are through the roof, then we better understand why many fans prefer to attend tribute band shows that often do not ask so much of the original band. How do you see them?

Don't get your dirty hands on Beethoven
Vinyl versus Fried Tomatoes: on November 12 no one sleeps in Colinas | SU
The Mirrorballs, Toifelthal, A1Goldie and the Banda de Peralta star in the free concerts of 'Viva Pa...