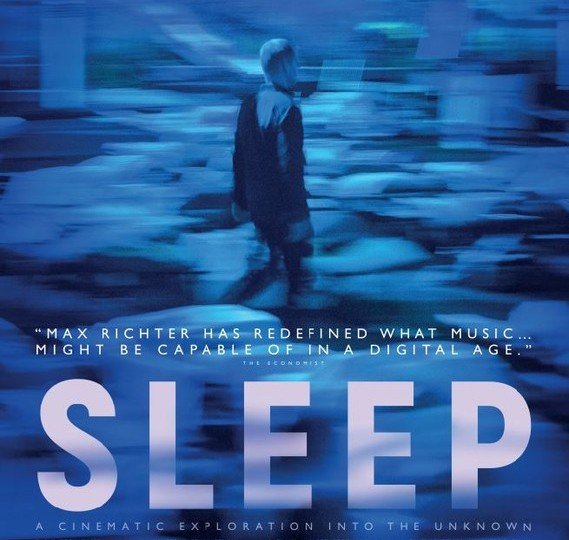 Max Richter he has traveled half the world playing a great postmodern lullaby. Giving 8-hour concerts for an audience lying down and covered on a stretcher, ready to be cradled by the immersive and relaxing music of ‘Sleep’, a composition of two hundred-odd movements carried out with the advice of neuroscientist David Eagleman (author of the celebrated essays ‘Incognito’ and ‘The brain’, published in Anagrama).

In the summer of 2018 he gave an open-air concert in the Grand Park of Los Angeles (in Spain he was in 2017, in the Veranos de la Villa de Madrid). 8 hours under the Angelina full moon that were filmed by Natalie Johns, known for her music videos for Morrissey’s álbum ‘World Peace Is None of Your Business’, and that in 2015 she was nominated for an Emmy for the recording of another concert: ‘Nostalgia’, by Annie Lennox.

The documentary ‘Max Richter’s Sleep’, which is part of the programming of the Atlantic Film Fest (Filmin’s online and blended festival), is structured around this event. The director films the previous atmosphere that is created in Grand Park, halfway between spiritual communion and snobbish affectation. Then the development of the concert, with everyone half soup while the strings, synthesizers and the supernatural voice of the soprano Grace Davidson sound on stage (it is appreciated that the director leaves enough space for the music, with moments of enormous beauty, although it cheats a bit by not putting the direct sound). And finally, the end: an awakening where the public’s emotion for having experienced something unique is imposed on back pain or the desire to pee (the experience has much of an act of survival).

‘Sleep’ is made for nodding. “I hope people fall asleep while listening to it, because the project is also a personal exploration of how music interacts with consciousness,” explains Richter in the album’s libretto. But not the documentary. Although the film’s tone is in tune with Richter’s music, soft and calm, Natalie Johns won’t let us even yawn. The director jokes us from time to time by sprinkling the concert scenes with interviews with the audience, images of other concerts (those of the Antwerp Cathedral and the Sydney Opera House are spectacular), and juicy testimonies from Richter and the filmmaker Yulia Mahr, his wife and partner.

The Anglo-German composer reviews his career, confessing that cinema (‘Ad Astra’, ‘Waltz with Bashir‘) and TV (‘The Leftovers’, ‘Black Mirror‘) feed him, but what he really likes are these types of proposals: sound experiments with a long tradition – from the Indian ragas to the’ Goldberg Variations’ – which also had their filmic translation, such as the famous’ Sleep ‘( 1963) by Andy Warhol, where the creator of the Factory filmed his lover John Giorno while he slept for five and a half hours.

Richter’s next thing? To eat, the third season of ‘The great friend’. To enjoy, the ballet ‘Exiles’.