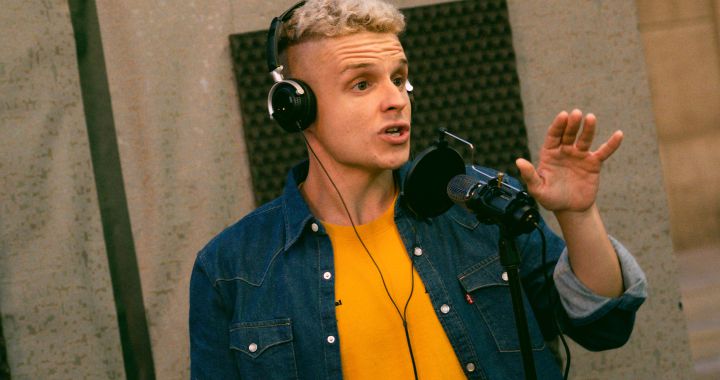 Arkano He surprised a few weeks ago with the launch of his new song and video clip: Match, a name that will also carry his next album. It is an autobiographical theme in which he describes some of the main aspects of his life and his career, and which was accompanied by a spectacular music video.

Today you can see scoop in los40.com footage from the filming of Match and how it was made one of the largest productions of which Arkano has been part.

Shot in a single sequence shot, this colossal project had among its references the great Hollywood musicals, the atmosphere of those great sets or the streets of New York. From the first chords, Match transports us to that cozy atmosphere. The video was directed by Willy Rodriguez, who has achieved two nominations for Best Music Video at the Latin Grammys and has worked with artists such as Alejandro Sanz, Lola Indigo, Dvicio, Nachos, Aitana or David Bisbal, among many others.

As Arkano himself has said, on this subject: “the first one who is in charge of putting the points on the i’s is myself, reviewing all the ways in which I tried to find fulfillment and did not succeed. Later, it is It is true that, from humor, I leave some notes to certain people who have passed through my life, “he explains to LOS40.

Regarding the idea of ​​making a video as if it were a musical, Guille says that: “When Álex (my best friend and manager) and I started to develop the idea, we imagined a continuous party, a video in which things kept happening … When we went ashore all the details and shared them with Willy, the director, he suggested we take him to this very American vibe and we loved it “.

It was a very tough shoot. More than 80 professionals worked to make this video come true and as the artist tells LOS40: “We had a really bad time because we had to take many takes until the good one came out. It is very difficult to coordinate actions, choreography, appearance and disappearance of scenery. .. so that everything is perfect in the same shot “.

Arkano, photographed during the filming of Match by the lens of Sharon López. / Image courtesy.

But that day there was also a very good vibe, as Arkano recalls about filming: “Exciting, energetic, vibrant … At the end of the video clip, while the credits appear, you see a real video of when we finished filming where, spontaneously , the musicians began to play, the dancers made a circle to go out one by one and it was formed a spontaneous jam that reflected the spirit of celebration that was present throughout the filming and that at the end was transmitted in the clip itself “, Arkano relates about this video.

It is shot in a sequence shot, with the difficulty that it entails for an artist who moves so well in the world of improvisation, but Guille reminds us that it is not his first time in a recording like this: “It is not the first time, in fact the first video clip I made in my life was in sequence shot and I remember it very fondly. “

Match: this is how Arkano’s last video was made