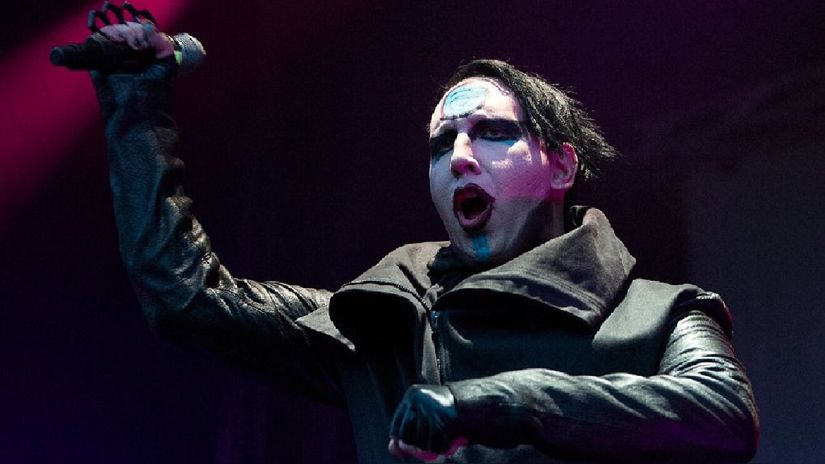 New Hampshire State Police have issued a warrant for the famous artist’s arrest Marilyn manson for assault, in relation to an incident with a TV reporter at a concert in August 2019, the media reported on Wednesday USA.

The police indicated on Tuesday that the order has been in force since October 2019, but pointed out that despite repeated notifications to Marilyn manson, whose real name is Brian Warner, the singer has not returned to that state to face charges for two misdemeanors.

The police note published on Facebook remarked that the issuance of that order is not “a presumption of guilt” and that the charges are not “for crimes of a sexual nature”, since the metal performer has faced several accusations about it recently.

The charges could each carry a $ 2,000 fine and up to a year in jail. For his part, the musician’s lawyer, Howard King, said in a statement sent to People magazine that it is not a “secret” that “Manson likes to be provocative on stage.”

Marilyn manson, 52 years old, He is one of the great stars of metal and of the most sinister side of rock in the last decades, with hits like “Sweet Dreams” and “The Beautiful People”.

As King explained, the charge against the metal musician was filed as a result of the lawsuit filed by a cameraman for receiving a spit on the singer’s arm. They asked for “evidence of the damage” and “never” got a response, he added. For his defense, the whole claim is “absurd”, but he added that they will “cooperate” with the authorities.

He faces allegations of sexual abuse

It should be remembered that, Marilyn manson faces, on the other hand, accusations of sexual abuse by the actress Evan Rachel Wood, who was his partner for a time, and by four other women. The singer denied these accusations as “horrible distortions of reality” and also maintained that all his intimate relationships were “consensual.” (EFE)

Clorina Matto de Turner wrote 3 novels and “Aves sin nido” is the first indigenous novel in Latin America. It denounces the injustice of the landowners and the exploitation of the peasants.