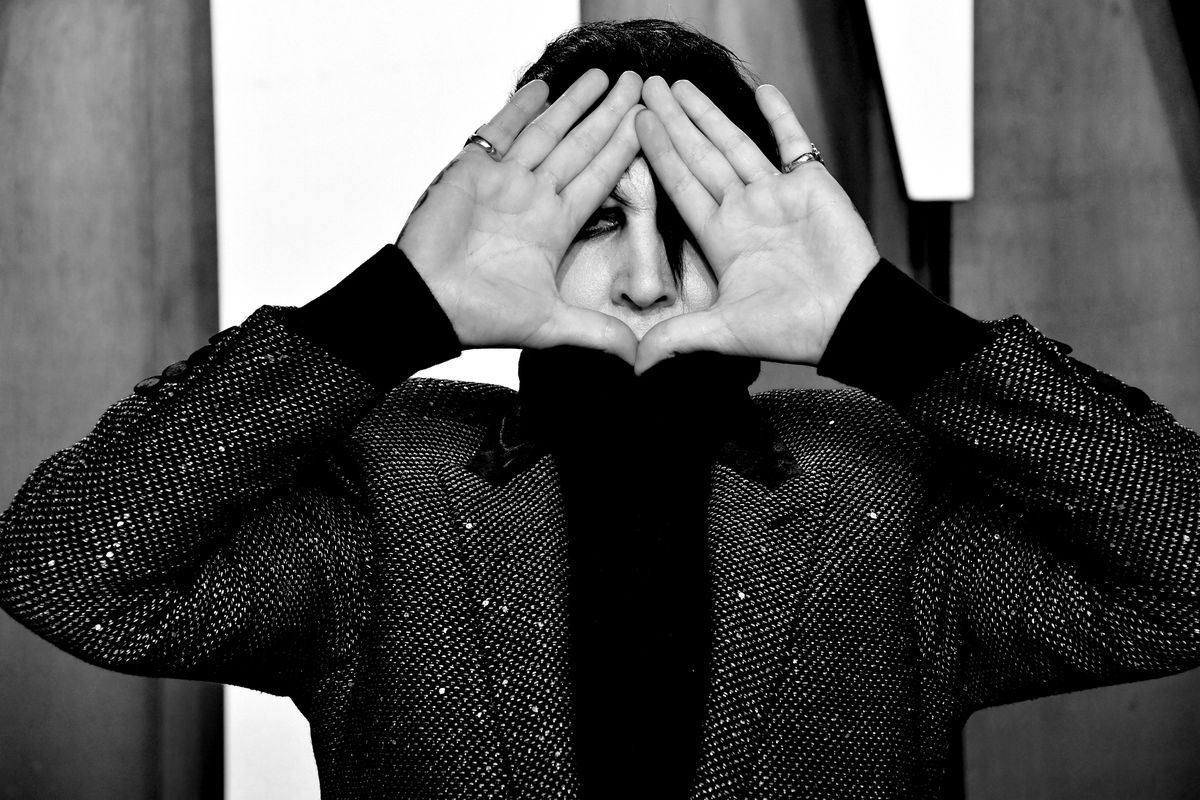 There was a time when Marilyn Manson seduced a certain intelligentsia. Brilliant minds with twisted tastes, such as filmmakers David Lynch or Tim Burton, the actor Shia LaBeouf, the documentary filmmaker Michael Moore or the advanced rock guru and leader of the group Nine Inch Nails, Trenz Reznor. Everyone admired the dark personality of Brian Hugh Warner, the musician’s real name (Ohio, United States, 52 years old). Lynch even said of him that he seemed “a sensational artist.” Maybe it was, with records like Antichrist Superstar (1997) and songs like The Beautiful People. Today no longer: to an artistic decline have been added the complaints of sexual harassment against the singer, including those of ex-partners such as actresses Evan Rachel Wood, Esmé Bianco the model Ashley Morgan Smithline.

These days it has been published a very detailed report in the magazine Rolling Stone with some terrifying passages. The extensive report is titled Marilyn Manson: A monster hidden before our eyes. Things are taking a severe turn: this newspaper has contacted one of the two authors, the journalist Kory Grow, who has politely declined to comment “for legal reasons.” In the article, several women narrate the alleged atrocities to which the singer subjected them. Many of them occurred in a dependency of their house in West Hollywood that they say the singer calls “the room of the bad girls.” The lawsuits are already filed and the investigation is ongoing. Ten days ago the police broke into the singer’s mansion looking for evidence.

The provocations of the musician during his 30-year career now take on a sinister tone. In 2009 he declared to the British newspaper The Guardian: “Fear is something that I instill in other people, mostly young girls.” Nobody tore their clothes: Marilyn Manson is, you know, a puppet. His first record, Portrait of an American Family (1994), closes with the song Misery Machine. At the end of the topic, a burlesque voice message from a mother worried about her son is included. At that time, Marilyn Manson was beginning her career and to keep in touch with her few followers she asked them at the end of the concert for their address in order to send them photos and promotional material. The mother’s message reads: “I want my son off your mailing list. I have contacted the post office about the pornographic material they are sending to my son. I don’t want anything else sent to us. If I receive any more material from this band, I will go to my lawyer. Thank you and goodbye”. Another of the plaintiffs, model Sarah McNeilly, points out in Rolling Stone: “The physical violence was almost a relief. The mental shit he’s putting you through, infecting your brain, you just want it to stop. “

Marilyn Manson’s success was forged in the 1990s in two directions: gaining a foothold in the new wave of metal that was lived in those moments (Pantera, Korn, Alice In Chain, Sepultura. Nine Inch Nails …), and project a gruesome and bloody image. The plan was to provoke and the gruesome videos that were shown on television allowed him to enter the homes of Americans. His attacks on religion, his messages about a population alienated by power, his taste for shabby sadomasochism … Too much for the most conservative families. They put him on target. At the same time, a group of respected artists was attracted by his cloudy image and his messages. antiestablishment. Among others, Trenz Reznor, a figure claimed by David Bowie, who signed the group for his label; or David Lynch, which includes his version of a Screamin Jay Hawkins song, I Put a Spell On You, in his movie Lost road (1997). The relationship with Lynch ran smoothly for a time: in 2010 they opened the joint exhibition Genealogy of pain. Manson contributed pictures of deformed figures and Lynch accompanied them with videos.

And then there is his participation in the Michael Moore documentary Bowling for Columbine (2002). There is a moment in this film which works as a thermometer of how popular Marilyn Manson was at the time. Looking for an involuntary ideologue of that tragedy that left 12 students dead due to the shooting of Eric Harris and Dylan Klebold (both 18 years old), the far right pointed to Marilyn Manson. Why? The killers were said to be followers of the rocker and that Manson’s lyrics, statements and aesthetic had a bad influence on them. No evidence was provided. Michel Moore interviewed the musician for the documentary in a kind of hallway in a locker room, perhaps the makeshift dressing room of a concert by the star in a sports venue. As Manson explained why he had been chosen, Moore, then a scourge of the American right, nodded continuously. Manson was convincing him. He was a talkative, intelligent guy, a perfect guinea pig who worked as a smokescreen to avoid blaming a country with large doses of violence and who allowed the sale of weapons in supermarkets. That was what Moore implied with his nods of agreement.

Musically, his two best works were Antichrist Superstar (1996) and Holy Wood (2000). Of the latter, the critic Alec Chillingworth said in the reference magazine of the hard genre Metal Hammer: “A gigantic artistic feat that will go down in history as Manson’s defining statement.” But perhaps the music that is heard the most in the world of this artist are his recreations of classics. What Sweet Dreams, of Eurythmics; Personal Jesus, by Depeche Mode; Tainted Love, of Soft Cell, the Rock and Roll Nigger, by Patti Smith. Manson’s music is understood in a specific period, from the mid-1990s to the early 2000s, when the heavy metal it is modernized, collecting rhythms and sounds from electronic and industrial music. At the end of the first decade of the 2000 his popularity began to crash. We verified it in Spain in 2009 with a disastrous concert at the Kobetasonik festival in Bilbao and in December of the same year. in the most soulless performance which is remembered in the Palacio de los Deportes in Madrid (now WiZink Center). His bragging was no longer dangerous, and his erratic attitude brought his concerts down to the realm of caricature. Trenz Reznor had already turned away from him. “He is a malicious guy and will step on anyone’s face to be successful and cross any line of decency,” he told the magazine. Mojo the leader of Nine Inch Nails.

The musician’s attorneys do not stop “categorically” denying the harassment allegations. He wrote on his Instagram account: “My intimate relationships have always been completely consensual and with like-minded partners. That is the truth, regardless of how and why others now choose to misrepresent the past. ” The actress and fashion designer Dita Von Teese, who was in a relationship with Manson for six years, including marriage: “The details that have been made public do not match my personal experience.” As soon as the allegations were made public, his manager dumped him and his record label fired him. Marilyn Manson has no concerts scheduled for the next few months.

His last public appearance, on November 1, took place in a situation, to say the least, striking: all dressed in white, with a hood and a covered mouth, next to Justin Bieber and Kanye West, in one of the surreal musical masses that the controversial rapper offers quarterly. Called Sunday Service. For West it is a “healing and Christian experience.” And Marilyn Manson, the cornered messiah of darkness and adept to hell, was there.