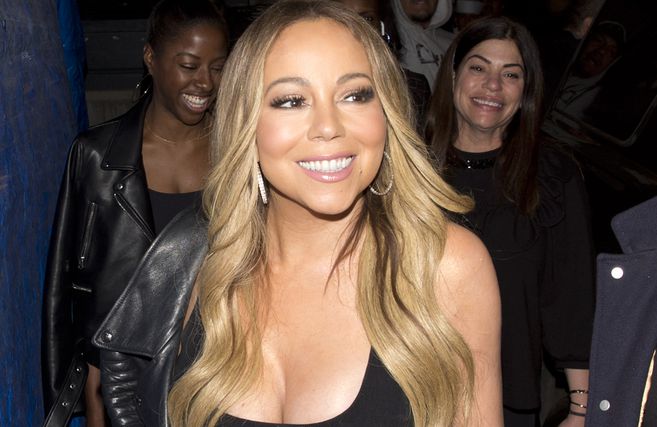 Mariah Carey says: “I love creating music and having the melodies pass through me is an incredible feeling.”

With more than three decades dedicated to music, the singer, songwriter and producer, Mariah Carey has opened the doors of her studio to the public for the first time to show what her creative process is like, in a MasterClass in which she also teaches her followers to compose and produce songs.

The 53-year-old music icon announced on her Twitter account that she had launched the online series titled “Mariah Carey: Using Her Voice as an Instrument,” in which she lets the cameras witness her creative process.

(You may be interested in: Taylor Hawkins: a drummer with a lot of heart)

The tweet was accompanied by a two-minute promotional video in which he invites his followers to join ‘The Butterfly Lounge’, “my musical sanctuary where I write new songs, reimagine classics and collaborate with artists from different genres,” he says in the tweet. clip the interpreter of “Fantasy”.

Among other things, Carey also talks in the video about her inspiration for teaching the course, stating that “Music has saved my life in many ways. If I can do the same for other people I will, that’s all.”

Likewise, the winner of five Grammy awards assures that the voice is an instrument of great power, for which she wishes to develop the power of self-expression of her fans: “I want to do this because it is what I feel in my heart.”

The star, who debuted at the age of 18, explains that she hadn’t realized that in addition to singing and composing, she was also producing when she worked on her first self-titled album.

“I love creating music and having melodies pass through me is an incredible feeling. I just listen and sing. At first, on my first album, I didn’t know what I was producing. At that time I was a teenager. Sitting there with some men I would say: ‘Can you raise the ropes here?’, ‘I want to do a cappella moment here and then we’ll get back to the rhythm’. That is production. There is power in that and no one wanted me to feel powerful, ”says the New Yorker.

(Also read: Juanes: the magic of transforming his “Origin” into a Grammy Award)

According to Rolling Stone, the “online” series, which is now available to subscribers, includes nine different video lessons, as well as a guide that includes Mariah Carey’s tips on songwriting, production and sampling.

In the course, the singer, who has a five-octave vocal range, teaches people how to use their voice not only for singing, but also for composing, producing and instrumentation.

The course includes lessons such as “Caring for the voice”, “Writing with samples” and “Producing with the voice”.

Finally, in “Surviving in the Music Industry,” Mariah Carey shares some of the challenges she has faced throughout her 30-year career and instructs subscribers on how to navigate the business and preserve creative control over their music. .

Mariah Carey teaches “online” to survive in the music industry