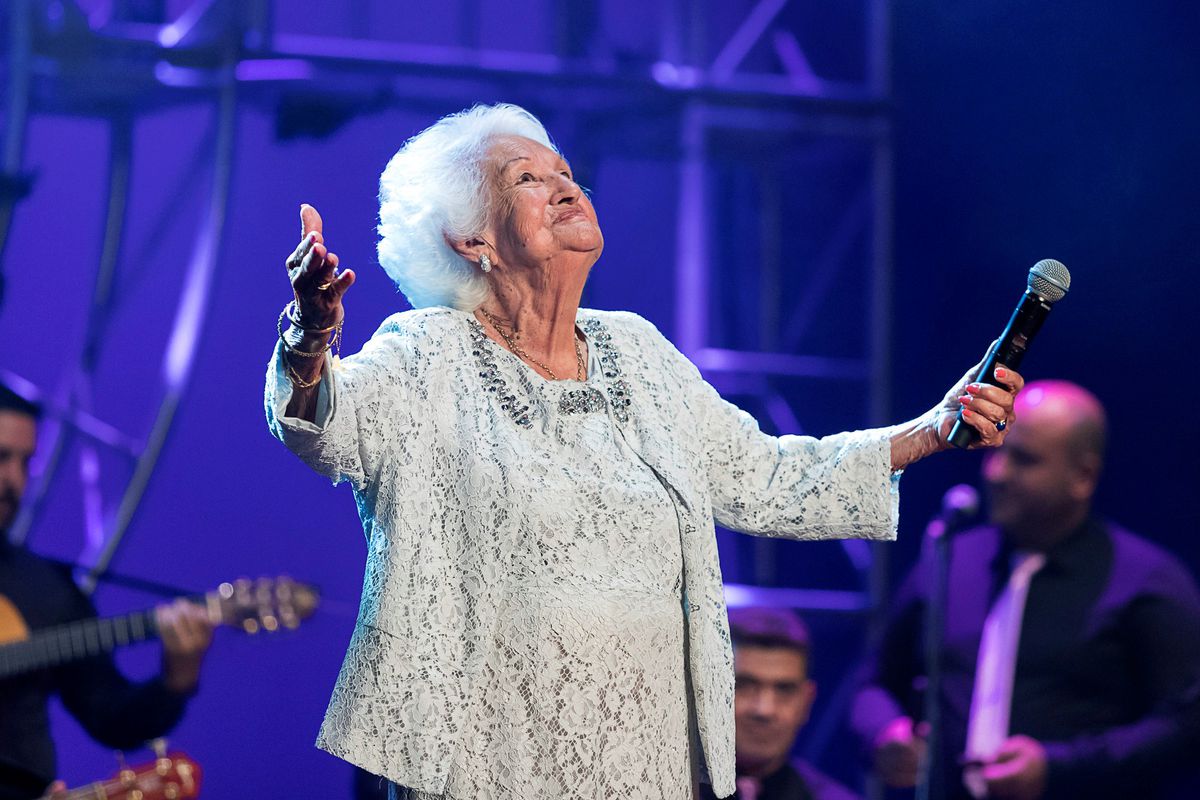 Herreña singer María Mérida, known for songs like Palmero goes up to the palm, has died at the age of 96 in Tenerife, the Government of the Canary Islands reported this Tuesday. The singer was designated as one of the four best voices in the world by the newspaper The New York Times, While Le Figaro He described her as the “Canarian Edith Piaf”. The deputy minister of Culture of the regional government, Juan Márquez, said that he is one of the “most beloved” voices in his land. “He will continue to move us with his legacy” and with some folías (musical genre of Portuguese origin typical of Canarian folklore) “that today will be played by our universal herreña”, he added.

María Mérida has died at her home in the town of Candelaria, on the island of Tenerife, where she had resided for several years. He was born in Valverde on June 5, 1925 and at just 12 years old he won his first pageant contest. In his teens he moved to Santa Cruz de Tenerife, where he expanded his learning around Canarian folklore. Later, he traveled to Madrid, founded the Hogar Canario and collaborated with Radio Madrid, Radio Intercontinental and Radio Nacional de España, where he worked for seven years on a program for Spanish emigrants that was broadcast throughout Latin America.

The singer spent a long time in Hollywood and hit it off with actors like Danny Kaye, Gilbert Roland and Ruth Roman. His friends also included singers such as Amalia Rodrigues, Maria Dolores Pradera Y Los Angeles Victory. In 1988 he joined the cast of the Antología de la Zarzuela and throughout his more than 80 years of musical career he shared the stage with a select group of world-renowned artists such as Alfredo Kraus, Placido Domingo Y Monserrat Caballé.

The natural artist from Valverde has also collaborated with the Cabildo de El Hierro in the dissemination of Canarian popular music and since 2007 she has been part of the Bimbache Jazz y Raíces / Bimbache openART Festival, a project directed by the German guitarist Torsten de Winkel. Throughout his extensive career, he received a large number of awards and honors, including the Canary Islands Award in the Popular Culture category, the Canary Islands Order, the Taburiente Award from the Diario de Avisos Foundation and the Honor Award. of the Choirs and Dances of Spain.

María Mérida, legend of the folk music of the Canary Islands, dies